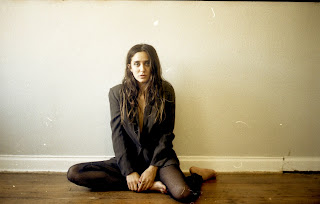 Background - A rustle of atmospheric guitar emits a slight twang as her airy delivery casts an unshakable spell. Produced by Jason Lytle [Grandaddy, Band of Horses] and co-written with Chris Garcia [Lana Del Rey, Demi Lovato], the songstress plucked the title from a personal book of phrases she carries around with her.

Ultimately, this lithe and lush ballad showcases both her pen prowess and powerhouse voice. For the uninitiated, picture a Quentin Tarantino- created femme fatale crooning in a natural-lit seventies Laurel Canyon haunt, and you’ll be halfway there.

“At the time, I felt like ‘Deadly Doll’ was my alter ego. It still is, depending on my mood. Lyrically, you can interpret it many different ways. I love combining these spooky elements and soft, eerie country tones into a beautiful anthem. The song got me through a tough time. I hope it does the same for listeners.” - Jesse Jo Stark. Facebook here.

The music opens with a dark and moody feel and Jesse Jo Stark's vocals are suitably matched. 'Deadly Doll' is a brooding and atmospheric song which becomes more expansive as it develops. 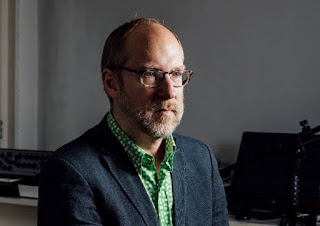 Background - Daniel Carlson is one of those artists that you can’t help but recognise as a truly creative artist. In the making of his fourth album ‘Not A Drawing’ and arguably a future classic it is worth noting the thought process behind the making of something that, in an age of very transient and mass produced ‘art’, is a wholly refreshing approach, whereupon every detail is painstakingly managed in accordance with the creation of something valuable to cherish.

From the album cover artwork, Daniel explains, “I've been working with well known, in the art world - visual artists for my covers from the start. Thus far, they've all been people who I've gotten to know in NYC. The process is this: I reach out and ask if they'd be interested in doing the art. If they agree, I give them an early version of the (still in-process) record and they're responsible for both the artwork and coming up with a title for the album. The artist this time around is Nayland Blake, whose work has been shown internationally since the 1990s. I've chosen this route because, basically, I think the cover and title - when done well - can really shape how the listener takes in the record. And I think cover art - in general - is mostly a dead art and want to remind people how considered it can be. It's getting to the point where half the reason I'm making the records is to work with these artists whose work I admire so much.”

On the recording side Daniel says, “Initially, I was going to work with the same crew as "Me You You Me" (all L.A. session dudes - all amazing musicians). But, once I got done with what I thought were the demos, it was clear to me that they had a feel that was worth keeping. So then I thought that maybe I'd go out to L.A. and do some overdub sessions with those guys, but by the time I had time to do it, the songs had evolved even further. At that point, I decided that I'd finish it up in NYC and reached out to famed producer Michael Leonhart to see about him helping me finish, but it didn't look like he'd have time in the near future. However, we did spend an afternoon listening to what I had and he had a key piece of advice: "less Paul McCartney, more Pink Floyd," which was where I'd wanted to go anyway (more synths, more dreaminess).” Website here.

'Cloudy People' is a soothing and timeless sounding track. Gentle, lush and sincere, the musical arrangement is rich & yet a little understated. The vocals are a delight and the video adds some further intrigue. 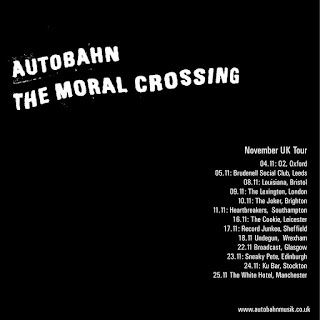 "The song is about looking forward and supporting one another through darker times. It’s an attempt to be positive.

This is probably the closest we’ve got to a pop song, there’s definitely influence from the likes of Human League and Gary Numan in there. I remember trying to work out how to structure this type of song, so we leaned on the Wham! classic Club Tropicana for a leg up."

It's just over a month since we first featured Autobahn and the new single 'Future' is more than worthy of a share. Smooth flowing, rhythmic and again with just a hint of Krautrock vibes, it's another superb tease for the forthcoming album. 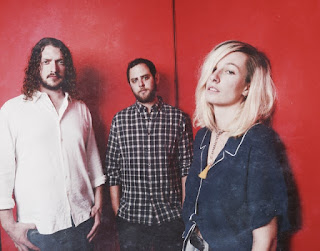 Background - Slothrust's cover of Marcy Playground's hit single "Sex And Candy" hass been shared. The song will be featured on the band's new covers EP entitled 'Show Me How You Want It To Be' out 11/10 on Dangerbird Records.

Slothrust is Leah Wellbaum (Vocals,Guitars), Kyle Bann (bass), and Will Gorin (drums). The trio first staked out their unique strain of jazz- and blues-afflicted rock as students at Sarah Lawrence College. The band’s 2012 debut Feels Your Pain, and its successor 2014’s Of Course You Do, established the band as a breed apart, serving up deceptively clever epics that veer satisfyingly between incandescent riffing and pop hooks, winsome anxiety and powerful heft.

We all studied jazz and blues, so I often use chords and voicings that aren’t quite as conventional for contemporary rock,” she continues. “Certain harmonic movement can get stale, so I try to incorporate colorful notes to give it more depth. The improvisational spirit of blues music is also something we try to always keep with us, even in more composed playing. I am drawn to musicians a bit further outside of the rock tradition, such as John Fahey, Elizabeth Cotten, D'Angelo, and Portishead. Growing up I listened to a lot of R&B and classical music. And musicals." Facebook here.

Slothrust have put their own style and feel to their cover of 'Sex And Candy'. Potent and determined the song has some real rock'n'roll swagger at times, alongside a good few hooks. 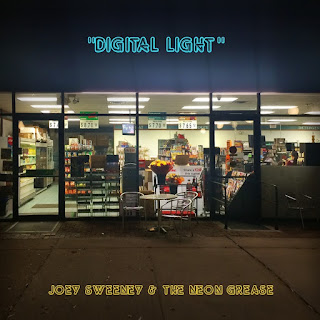 Background - “Digital Ice” is the newest offering from Joey Sweeney & The Neon Grease's forthcoming project. Although Sweeney is a jack of many trades and quite technologically savvy (he's the publisher of Philly cityblog Philebrity, co-curator of the literary fest The 215 Festival, and a creative director at Quaker City Mercantile), he penned this song about the druggy kind of relinquishment that we all have with our respective screens, and about how in those moments, the sadness of this reality is reflected in the light those devices throw right back at us.

Joey Sweeney is a long-established fixture of the Philadelphia songwriting scene dating back to the early 90’s, having previously fronted the influential Philly bands The Trouble With Sweeney and The Barnabys. “Digital Light” follows The Neon Grease's first two debut singles: the awesomely fun, rollicking first single “Baptized In Vibe”and the second offering “Black Ice”, which features back-up vocals from Renée LoBue, the singer from Elk City.

Sweeney's hard at work on the debut album from The Neon Grease, whose new songs draw inspiration from sources as disparate as 1970s Philly nightlife folklore and Denis Johnson’s The Incognito Lounge. In their new songs, chiming guitars, classic rock sax solos and rainy bedroom Velvet Underground listening sessions all blend together. In these songs are little stories of triumph over dirty circumstance and grace under pressure, with the friendship of an urban family “street band” woven throughout. Facebook here.

'Digital Light' is our second feature for Joey Sweeney following on from 'Black Ice' which we covered in August. I would describe this track as alt rock with some Americana undertones. It's also a musical delight and suggests the new album will be worth the wait.

Belle Miners - Fall In Love With Me.

Background - With dense vocal harmonies, clever lyrics and a liberating, joyous sound, Canadian/Australian trio Belle Miners celebrate love and equality in 'Fall in Love with Me', the lead single from their forthcoming debut album Powerful Owl. The song is the true story of a poet who travelled four days to express her love to guitarist and vocalist Marina Avros.

Amidst the intense local debate on marriage equality in Australia, Marina says "It’s really interesting to see the positive role music has in the debate on same sex marriage. We meet lots of people on tour who love the song and it doesn’t matter who they are. They just say how great it is, to have someone express themselves as gay and to sing about it. That means a lot to me”.

“But the love people express”, says Marina, “is universal and that’s what the band is for. We formed the year Jaime got married and Felicia is about to. Why shouldn’t we all be able to? No-one should be afraid to be in love, in the same way you shouldn’t be afraid to have your heart broken. Everyone is the same in that sense”.

'Fall in Love with Me' was the first song Belle Miners sang together and was the seed for everything they've done since.

Life-long friends, Belle Miners are Canadian musicians Felicia Harding and Marina Avros, and Australian-based Jaime Jackett. The trio formed in Australia in 2015 and have performed three national tours since. Their name was inspired by the rhythmical intonation of Bell Miners in the Australian bush, following a night of stealth camping near Mullumbimby when "the otherworldly sound of these vagabond birds, like hundreds of bells, filled the air" says Felicia. Powerful Owl will be released on Friday 3 November 2017 via MGM Distribution. Website here, Facebook here.

Melodic and with delicious vocals and harmonies 'Fall In Love With Me' is an upbeat and charming song. The production is superb, if Powerful Owl is half this good, then we are in for a treat.