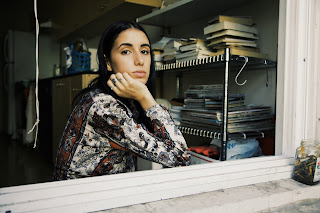 Background - Heartbreak breeds many things, few of which could be filed under the “good stuff” column- tears, Oreo addictions, questionable hookups, impulsive bangs. And yet, sometimes a heartbreak, and the relationship that preceeded it, can signify a shift, a pivot, some change in the fundamental direction of a life. Perhaps hearts don’t break after all; perhaps they just change directions.

Such was the case with Loyal Lobos, the nom de musique of Bogotá native Andrea Silva. An entanglement with a Nashville man frayed, then snapped. Silva was left heartbroken, but in the midst of her sadness, inspiration struck. She set aside her previous musical projects and dove headfirst into guitar-driven folk music. In the ruins of a relationship, Loyal Lobos was born.

The seeds of Loyal Lobos were planted in Silva’s childhood in Colombia. Years spent steeped in her parents jazz records imparted a flair for melody. Growing up in a culture that prized machismo and conventional female beauty fostered a desire to empower women. A series of childhood performances gave her the confidence to perform. And finally, a the decision to attend music school in the US cemented it all.

Loyal Lobos’ music lives in the liminal space between folk, rock and country. Abandoning the synth-pop leanings of her earlier music for something more , Silva’s output as Loyal Lobos finds her stripping everything away. Armed with a guitar and a sinuous voice (and some occasional backup), Loyal Lobos presents delicately transcribed missives from Silva’s most internal worlds. She deliberately orients her songs, she tells me, in a place of sadness, of yearning, of emotional semi-darkness. “There’s such beauty in sadness,” she tells me. “People forget that. There has to be darkness for there to also be light.” Taking the confessional lyricism of singer-songwriters like Elliot Smith, and infusing it with her penchant for haunting melodies, Loyal Lobos sets out to create a synthesis of music and lyrics, and ultimately chart the unexplored recess of human feeling.

In September, Silva released The Fall, a warm, intricate collection of melancholic folk songs, and her debut EP. The Fall focuses, naturally, on heartbreak, an experience Silva points out is both universal and deeply specific. The title track and debut single showcases both the vibrancy of Silva's voice and her capability for nuance. It's a song that makes loss seem like an appropriate object of nostalgia, that makes that heartbroken hair decision seem less awful and more like something to treasured. After all, as The Fall and Loyal Lobos remind us, heartbreaks aren't all bad. Sometimes they're pivot points- moments in which we change the course of what we're doing in search of something great, in which our destinies become malleable enough to change them. FACEBOOK, BANDCAMP.

Andrea Silva vocals soar above an Americana rock backdrop on 'Dirt' a beautiful and rich song, that surprised me by it's energy, which builds as the track unfolds. 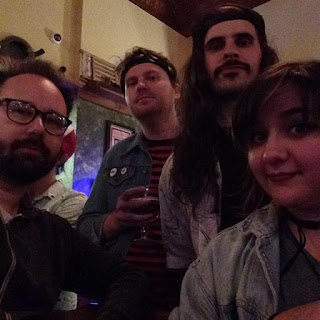 "Attic Salt is one those bands that comes out of nowhere and blows you away.

Their sound is a mix of power pop that fits in the indie rock world as well as a resurgence of 90’s college rock. They are aggressive and melodic, everything a rock band should be." 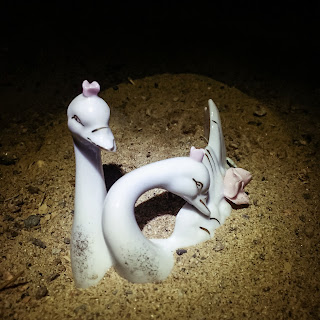 Background from Jordan Zadorozny - A new Blinker The Star album, "8 Of Hearts" is just around the corner. "As is my custom, I recorded alone at my Skylark Park Studio in Pembroke, Ontario, layering and fussing for months like a lonely Jeff Lynne until it was just right.

As I got close to finishing, I brought in a few friends to open things up a bit: Mitch Bowden from Don Vail, Eric Matthews, and Honeymoon Suite's Ray Coburn all chime in with some lovely contributions.

"Orion", the album's lead off track, is a meditation on the slightly odd high tech/low tech life I lead, living and working in a modern recording facility located in the middle of a corn field in a forgotten rural Ontario town" BANDCAMP, FACEBOOK.

'Orion' is the first song on '8 Of Hearts' an album that comprises of eight songs (I bet you didn't see that coming - oh you did). Although Blinker The Star has an overall core sound, I was pleased by the amount of variety found in this collection. This includes the various musical styles, the differing moods & feeling, all of which has been developed with clear passion & attention to detail. The featured song 'Orion' is a fine track, expect a whole lot more from the album.