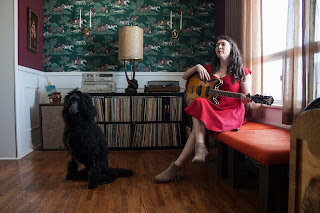 Background - The new single from Canadian roots-rocker Terra Lightfoot - Norma Gale is taken from the new album New Mistakes. Terra explains - "I was inspired to write this song after meeting a Canadian woman named Norma Gale who was a near-famous country star in the 1970s. She played all over the world but specifically had a great following in Nashville, played with Johnny Cash, Loretta Lynn and Conway Twitty. This song is one of my first songwriter songs, I'd say. It chronicles the life of Norma as a musician in the ’70s, and trying to bring up her young son while she's gunning for sustainable success. I kept in touch with Norma and her son and let them know when I finally made it to Nashville to do some writing, but unfortunately she had passed away two weeks earlier."

Following the release of Every Time My Mind Runs Wild in the UK last year, Hamilton’s Terra Lightfoot back with a brand new album New Mistakes available now on Sonic Unyon Records, with UK tour dates to be announced soon.

With New Mistakes, Canada’s Lightfoot offers up something rare: the kind of genuine document that can only come from a road-tested breed of songwriter and performer. Shot through with the guitarist-vocalist’s powerful, bluesy soul, vivid lyrics and ferocious six-string virtuosity, it’s an unforgettable album that will have you hooked in seconds.

From the ground-shaking stomp of first single “Paradise” about and the wild-eyed  energy of “Pinball King” that open the album, to the psychedelic, gospel-tinged album closer “Lonesome Eyes,” the steel town native’s third record distills her masterful talent to its electrifying essence. FACEBOOK.

Fourth time around on Beehive Candy for Terra Lightfoot with the new single 'Norma Gale' taken from the equally new album 'New Mistakes'. I am well aware that Terra Lightfoot can deliver some full on & foot stomping rockers, this shows another side of her music, with a more measured rock ballad, which mixes emotion & melodic power with considerable style. 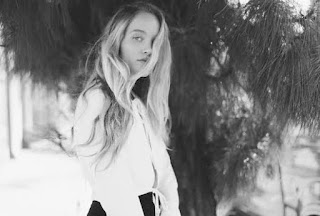 Background - Sam Valdez is a Los Angeles based singer-songwriter, whose music is built upon the fusion of shoegaze and vintage Americana indie folk. Embodying the best of both genres, Valdez has created dreamy, yet haunting atmospheric soundscapes that resonate with her listeners.

Valdez grew up at the edge of the Nevada desert, in Las Vegas and credits the desert as a major influence in her writing and composing. The vastness and solitude of desert life is apparent throughout her writing, with cinematic resonance and euphoric arrangements.

After performing in numerous bands, she found the essence of her solo sound and decided to run with it, indulging in her own creative process and ultimately developing a sound that is true to her own. As a classically trained violinist, Valdez has a sense of musical maturity within her songs, adding technicalities that bring her to the forefront of her genre.

Lead single, ‘Its Alright’ oozes beauty and grace through it’s forthright lyrics. Featuring fuzzy 90’s shoegaze melodies, wistfully innocent vocals and driving drum rhythms, it’s a melancholic tale of both love and loss. ‘Its Alright’ thematically focuses on coping with the disillusion that comes with relationships. Valdez reveals, “I wrote this song in a dream-like state of mind”.

Valdez has seen success with her previous release ‘Hours’ receiving acclaim from prestigious media outlets including Black Book.  She has also performed at high profile venues throughout Los Angeles. FACEBOOK.

I was fascinated by the above promos description "(her) music is built upon the fusion of shoegaze and vintage Americana indie folk". That's quite a stretch however 'It's Alright' suggests it's a pretty apt description, where the delights of these differing genres combine to create a fabulous sound. It's worth mentioning that the song is also a very good composition, where melodic hooks and atmospheric vibes add even more! 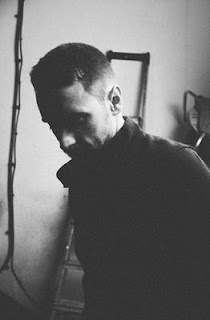 Background - Scottish artist ONR. (aka Robert Shields) started making waves after leaking some demos via indie label Leftwing, then was swiftly signed to Capitol Records in the US. Debut single “Jericho” was released this summer, and has received early support from LA stations KCRW and KCSN.

"I'm delighted to release the official video to debut track Jericho," says ONR. "We’ve really tried to capture those first few months of our beginnings -- so like the track itself, it’s a bit of where we’re from, a bit of who we are, a bit of what we do. The response to Jericho has been just incredible, I cannot thank everyone enough for their support. And this is is only the start."

ONR. recently performed on the main stage at Electric Fields Festival in his hometown of Dumfries & Galloway, and was one of the first artists announced to perform at the 2018 SXSW Music Festival. WEBSITE, FACEBOOK.

'Jericho' has a natural & almost live feel to it particularly towards the beginning. Beautifully layered, the song builds with power and passion, ONR are definitely on our 'watch out for' list.