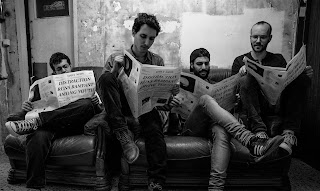 "’Hustle’ revolves around themes of digital addiction - spending hours online and having nothing to show for it, wasting time scrolling and swiping, while not being able to stop. The screen has become an extension of the self. Humans have now become more like plants - they need to be interconnected and depend on technology. Phones are the roots that allow us to be connected to everything else. We‘ve rooted ourselves in our modernity. Our identities can change online. We project what we want others to see. The screen has become a mirror. The phone takes away the ability to be intimate, and you are left alone with a distortion of reality. There’s the addiction of immediate gratification, the online approvals are ‘pseudo-pleasure’. This has all led to pointless compulsive behaviour."

In 2008, after finishing university, Nir moved back to Tel Aviv and started hanging out with his cousin and a couple of his friends.  As bored 20-somethings, and the only people around who listened to 80's post-punk or art punk like Wire, The Fall and ‘90s bands like Fugazi and Dinosaur Jr. they decided to play together and start a band.

Their tracks explore themes of dis-connectivity and digital addiction, the individual dealing with bureaucracy, corruption and the repeating void of the modern life, oscillating between moments of anxiety and outrage to moments of hope and ecstasy. Yanniv Brenner (Guitar), Amit David (Bass) and Amir Reich (Drums) complete the line-up.

Hustle is taken from forthcoming album The Void Repeats, out November 9th.  The album was recorded at The Junk in Tel Aviv and was mixed by Bill Skibbe of Key Club Recording (The Black Keys, Protomartyr, Blonde Redhead and The Kills among others). WEBSITE, FACEBOOK.

A simple & catchy riff allows 'Hustle' to resonate from the start. As layers of sound are added and the punchy vocals add further energy to the track, the song is pretty much demanding a second listen. 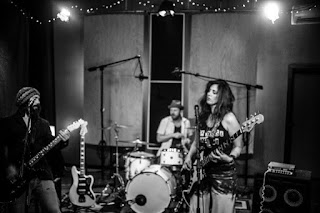 Background - Neo-psych rock band The Blood Moon Howlers released a video for their brand new single "Motor Mouth Mission" today, showcasing clips of the band performing live and in studio. The single leans heavily into the band's hard rock, stoner rock, and punk influences, showcasing a darker and heavier version of their sound.

Jumping straight into heavy power-chords, tastefully distorted guitar, and a driving beat, "Motor Mouth Mission" demands your attention and builds into a powerful force. "It's compiled of "making of" studio footage and different gigs played in 2017. We like doing videos like this because we like to show the recording process and various locations used to make each recording," shared the band. "We feel it's the most genuine way to show who we are as musicians and people. The main shots were filmed at Ultimate Studios Inc. where we also recorded the drums to "Black Horse and the Cherry Tree". We had a great experience at that studio and want to work there much more in the future so we wanted it to be featured. We also show shots of our gig at Kulak's Woodshed from September 24, 2017 where we played "Motor Mouth Mission" for the first time. We wanted to include footage from there because we filmed/recorded a live album which we are planning to release in January of 2018."

Both songs were recorded between Artisan Road Studio and Ultimate Studios Inc., then mixed by Mike Bear of Artisan Road Studio and mastered by Hans DeKline. They are now available for purchase on Bandcamp, Itunes and all major digital retailers, as well as streaming on Spotify. The band recently recorded a live album, which is scheduled for release in January 2018. WEBSITE, FACEBOOK.

Potent and energised and with a timeless feel to it 'Motor Mouth Mission' is a straight out of the box blast of fuzzy psychedelic rock & roll. 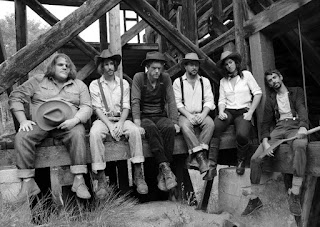 Background - Colorado-based band Gasoline Lollipops recently shared new single "Soul Mine". The song is the title track and first single from the Boulder group's forthcoming album, Soul Mine, out December 16. Gasoline Lollipops singer-songwriter Clay Rose explains that the song "reflects all these trials and tribulations with an intensity usually reserved for the angst of youth and heartbroken lovers."

Gasoline Lollipops is a Colorado band that combines the sincerity of dirt-floor folk with the energy and rebelliousness of punk. It's an all-new incarnation of alt-country that’s both high-energy and heartfelt, like the American highway's soundtrack. This year marked the release of the GasPops' debut full-length album, Resurrection, and the band’s first-ever vinyl release, Soul Mine, will be celebrated at the Fox Theatre in Boulder on Saturday, December 16.

Colorado Daily readers voted Gasoline Lollipops "Best Local Musician/Group" for 2017, and in 2016, Denver Westword named Gasoline Lollipops Colorado's Best Country Artist. 2014 and 2015 brought multiple awards and accolades to the Gasoline Lollipops, including being selected to play six showcases in Austin during SXSW 2014; getting voted "Best Local Musician/Group" in the Colorado Daily's 2014 and 2015 polls; being selected as one of only six bands across Colorado for the highly coveted SpokesBUZZ Emerging Artists Incubator program; and winning the Oskar Blues Battle of the Bands in 2015. WEBSITE, FACEBOOK.

A little bit funky, maybe even bluesy at the beginning 'Soul Mine' gradually morphs into a folk rock song, where the music is delicious and the deep vocals and pleasing harmonies, make this a fabulous tease for the new album due in December. 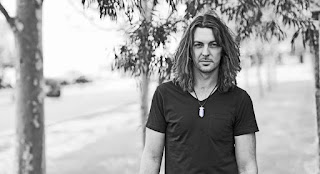 Background - Jonny Taylor's new album 'Dig Deep' is due out November 17; with the new single 'Better Day' out now. Caught in the whirlwind, it seems like only yesterday that West Australian based singer songwriter Jonny Taylor signed his first record deal with label Red Rebel Music. In fact for new album Dig Deep it has been two months of intense planning in support of its November 17 release date that is now almost upon us. To thank his loyal supporters over the years, a unique album promotion is currently on offer with all pre-sale purchases giving one lucky punter the chance to win three nights away with flights included to Jonny’s hometown of Dumbleyung, with Jonny as your host!

Described as a fortuitous mix of Pearl Jam and Keith Urban, Taylor fuses rocky riffs and poignant lyrics with clever melodies. Dig Deep has been four years in the making since Jonny’s debut album Something to Say landed in the ARIA  charts in 2013. An emotionally charged musician who doesn't set out to sound like anybody in particular, Jonny lets his love of grunge and rock music fuse seamlessly with his passion for a meaningful story.

Taylor says it took time to accept his position in the music scene, exploring how an artist could sit on the fringe of many genres, to focus on his roots and create a record that made him proud. “I spent a couple of years wondering how I can tailor my sounds to fit in one spot or another. I was scared of falling in a void between genres. Karen Waters (head of Red Rebel Music) heard the album, rang me up and said “Mate, this is a great album!” It was exciting to have a label hear my work and understand who I am as an artist.  I’ve finally worked up the courage to just do what comes naturally and make a record that blends all my influences, without necessarily being influenced by any one particular thing.”

With new single Better Day currently scoring airplay around the country, launch dates (with full band) for WA already announced, a national tour set to include various festival slots planned for early 2018, it’s no surprise Jonny is nominated for Regional Act of the Year at the upcoming WAM Awards. The timing couldn’t be better for Dig Deep to cement Jonny Taylor as one the brightest
​prospects Australia has to offer. WEBSITE, FACEBOOK.

'Better Day' is a confident rocker, with Jonny Taylor's refined vocals driving this catchy and classic sounding song forward. All the vital ingredients are there, this is perfect music for a road trip.