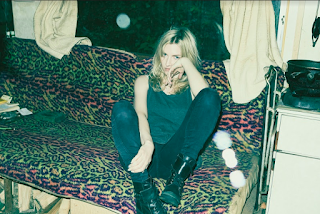 Background - "I wanted to write a song where the focus jumped from person to person, like a contagion. The idea was that each verse would be an ordinary “day in the life of” each character, and that whatever was going on was a banal and daily grind. Each character would be possessed with this spirit, making them push on through, and shake off their demons.”

Hero Fisher’s ‘I Let Love’ is a rare and powerful treat of rock and roll swagger and pointed observational songwriting. Her narrative lyricism is bolstered by her effortless feel for melodies and song progression. From the timbres of the toms and the smooth steely chorus-soaked guitars to Fisher’s own vocal line, every element forms a vibrant sonic fabric of unforgettable musical sentiment. It’s about rising above the banalities of quotidian life, escape through desire, and the reflective trappings of nostalgia. The accompanying video runs the gamut of emotions with a stellar performance by its donkey marionette star enjoying a day at the beach and the aquarium. ‘I Let Love’ reveals the tentacular nature of Hero’s songwriting powers, ever extending into new spaces and new ideas.

By turns a blistering rock and roller in the vein of Patti Smith and PJ Harvey, and an experimental folk storyteller à la Jeff Buckley, Hero Fisher resists easy generic categorisation with her protean and cinematic musical storytelling. Able to expertly strike a variety of different narrative poses, she is at once the spurned lover and the fired-up rabble rouser, predator and prey. With Glue Moon previous singles ‘Sylvie’ and ‘Push The Boat Out’, Hero’s lyrical imagination proved unique and bountiful. Anthemic latest single ‘I Let Love’ is the latest chapter in her development as an artist, and with fuller production and it She’ll reach many more milestones yet on her creative journey. WEBSITE, FACEBOOK.

We featured Hero Fisher back in July & are now really pleased to share her latest song 'I Let Love'. This is a refreshing and catchy track where her vocals are more energised, whilst the simpler musical backdrop allows her voice to shine through. 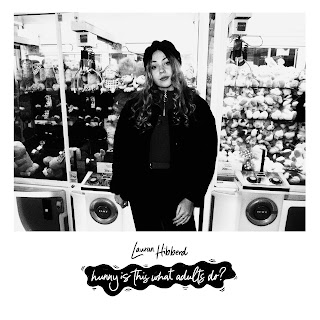 Lauran Hibberd - Hunny Is This What Adults Do?

Background - “Adulting” takes on a new meaning with Lauran Hibberd’s new song, “Hunny Is This What Adults Do.” Lauran’s outside perspective distances herself from friends and peers who are starting families left and right, “dropping like flies.” It’s easy to compare oneself to others in our work, relationships and milestones in life. Lauran prioritizes her musical milestones including performances at Bestival 2017 and earning the support from Clash for her previous track “Eliza.”

In the style of Ingrid Michaelson and A Fine Frenzy, Lauran’s indie tune emphasizes the story of the song through her enchanting vocals. Thematically, it’s another fitting song for Lauran’s coming-of-age indie soundtrack imagined for the film, Juno, which follows the journey of teenage parents. The punctuated guitars and laid back tempo of the song feel like sleeping in on a rainy Sunday and happily spending the whole day indoors. That’s easy to do when you don’t have kids. Maybe around thirty she’ll think about doing what adults do, but until then Lauran will live by her own rules of adulthood.

Lauran says: “The track is coming of age, I think it’s the conversation everyone has to themselves one day, the question ‘am I an adult yet’? This song explores youth, and not wanting to leave it. But realising you don’t have to. It’s fun, brutally honest, and full of teenage fears. If you happen to be at the Isle Of Wight on the 16th December, you can catch Lauran Live at the Strings Bar and Venue. WEBSITE, FACEBOOK.

It's third time this year for Lauran Hibberd on Beehive Candy and once again the Isle Of Wight based artist continues to impress us in a big way, this time with 'Hunny Is This What Adults Do?' Her upbeat vocals almost dance above the soundtrack and as we have stated twice before this is a "fabulous, vibrant and lovable song"... 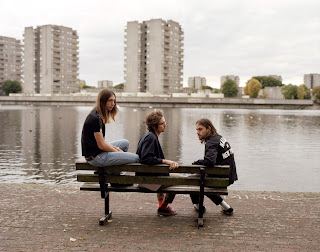 Background - Nights is an old KYLYPSO song (one of the very first) that’s finally getting a studio airing. Inspired by the sounds they got out of a freshly purchased 90’s synthesiser, it’s a song about what could have been, set in the daydreams of a person who could have been a lover once but who chose another. Its nocturnal dance grooves lend it a late night show-stopping vibe, and it’s often the song they finish their live sets with, complete with a reverb heavy synth wig-out.

KYLYPSO’s debut EP Soon Fun is a celebration of the fact that we can usually find good in a bad situation. It’s a work that expresses lyrical vulnerability and doubt, in relationships and in ourselves, but through the sheer joy of the music and melodies it carries the life-affirming sentiment that the good times are just around the corner. Its slick production, unpretentious execution, and relatable human outpourings make it the kind of EP that speaks to a part of everyone’s experience: the tragedy and the fun of finding ourselves.

With their name inspired by a boat, KYLYPSO are an East London three-piece whose luxurious technicolour psych pop pierces through the dour gloom of autumn with its quirky and vibrant style. It’s the sound of an everlasting summer of hope and heartbreak. The teenage tennis playing lovechild of Tame Impala and Caribou, it’s airy, funky stuff, birthed from their hearts, minds and hard drives in various studios around London. Deceptively simple (it’s easy to listen to, but hard to make), KYLYPSO’s sound is vital and rooted in the deep exploration and cosmic wonder of music. FACEBOOK.

Back in May we featured 'Blame Love' stating then that the song "suggests Kylypso have a considerable amount to offer." Fast forward to the bands 'Soon Fun' EP and we can share the track 'Nights', a smooth flowing indie electronic affair with quite personal vocals and a hook laden melodic vibe. 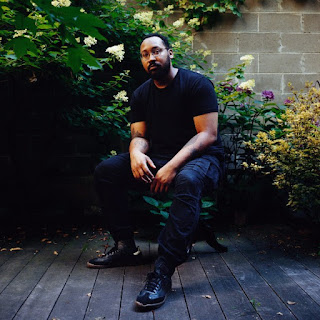 Background - “This song is about growing up in and eventually leaving Oklahoma, and looking back on people in the Black community who taught me key lessons on resilience and faith, and to not be afraid of who might be knocking on the door. The opening verse highlights some of those competing feelings of fear, hopelessness, and defiance, feelings Black people in the South understand very well.

I eventually left Oklahoma and struggled over the years, as I tried to forget about that place. It’s only now that I’m realizing that the lessons I learned there are what make me different. A lot of people who leave home to try new things probably feel this way, too. This song is for them.” — Bartees Cox

Bartees Cox, a songwriter and guitarist based out of Brooklyn, created Bartees & The Strange Fruit as a conduit to surface stories about people of color. The title of the debut album, Magic Boy, (out on December 8, 2017 via Pineapple Record Co.) is inspired by a lyric from the song “Hear My Train A Comin” that goes: “Well, I gotta leave this town, gonna be a Voodoo chile .. and try to be a magic boy.”

This particular lyric has always resonated with Bartees since he made the decision to leave his home in rural Oklahoma for the East Coast, a change that is looked back on as being a pivotal moment in his life. This record marks Bartees’ obsession with analog recording, tape machines, space echoes, reel-to-reels and a number of other types of hi-fi recording gear. Each song was recorded to tape, or at least mixed to tape, to give it the warmth of a real performance.

“The “Magic Boy” is how my family sees me,” says Bartees. “Their kid that has made it work in New York, chasing a dream.” WEBSITE, FACEBOOK.

'Going Going' is a multi-layered song where the vocals and musical elements swirl around and intermingle with each other. It contrasts well with the other tracks on the album which are in some cases far more stripped back and reliant on Bartees vocal power and acoustic guitar playing. Always present is a simmering emotional feeling, where every note played and word sung, is fully committed. 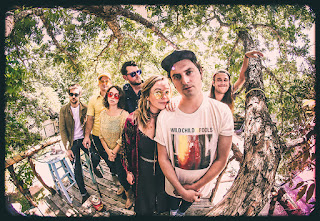 Wild Child - Think It Over / Expectations.

Background -  Austin-based band Wild Child have their fourth full-length, Expectations, due out in February 2018 on Dualtone.

They have just released two singles, "Think It Over" and "Expectations," - a couple of shimmering indie-pop tunes that echo Jenny Lewis' solo work and when she fronted Rilo Kiley. Canadian music fans might hear Feist or the underrated Jenn Grant in there too.

'Think It Over' is a catchy song where melodic vocals and harmonies are backed up by a lively and equally catchy musical arrangement. 'Expectations' steadies the pace with the bass up in the mix, until the song burst into power and energy levels rise. Indie pop with plenty of rock.