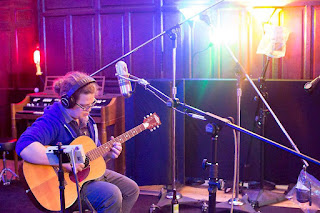 Background - Micah Olsan is a versatile singer, songwriter, guitarist and tape machine enthusiast who's sound falls somewhere between Nick Drake and Michael Kiwanuka. Olsan’s energy, talent, and seminal sound have made him one of Milwaukee’s longtime beloved musicians.

A one-man sound machine, Micah Olsan bucks the trend of overly-produced perfection choosing instead to focus on capturing a moment in time and preserving it for posterity. Using his voice, guitar, and a few old machines, Olsan wanders through dimensions of Americana, Soul and Psychedelia.

With every offering on the ‘Open Space’ EP blurring the lines of archetypal styles, it’s no wonder that Micah Olsan hunkered down at National Studio with a handful of prodigious guest musicians to create the perfect cocktail of melodrama and focus into four deceptively simple tracks. WEBSITE, FACEBOOK.

The first of four tracks on Micah Olsan's 'Open Space' EP is the featured title track. The song exudes Americana musical sensibilities whilst Micah's vocals are warm and genuine. It typifies the quality across this varied and unpretentious collection of music, one that has many hooks and originality. 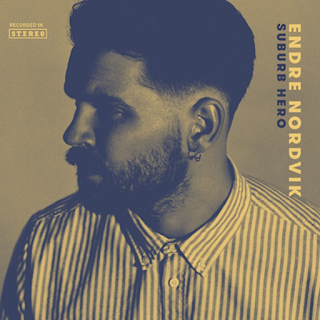 Background -  With well-established singles like "I'm In Love with You" and "I Believe", Endre Nordvik's first album "Suburb Hero" is due for release on January 12, 2018.

"Suburb Hero" contains ten pop songs that falls within the boundaries of the soul inspired indie and Americana genre. “Suburb Hero” was Recorded at Demningen Studio in Norway, with producer Eirik Grønner, the album is well crafted with top-class musicians, a great sound, and solid songwriting.

"Suburb Hero" is my first album and, I'm very proud of it! says Endre Nordvik. I have worked for more than 2 years, together with producer Grønner, and I'm humble of what we've achieved.

The songs are written by Grønner and me, except for 2 songs that I have written myself. World Idol winner Kurt Nilsen has also been involved in the writing process and participates in three songs where “Let The Good Times In” is a duet with Kurt. FACEBOOK.

'Superb Hero' the forthcoming album from Endre Nordvik is a collection of ten beautifully crafted songs. 'Like Old Friends' and 'Sometimes' two very fine tracks, provide the listener with the opportunity to hear some of the variety and scope found within this collection. The musical arrangements are consistently well constructed, the vocals, harmonies and in the case of 'Sometimes' duets are melodic and very engaging, and the catchy nature of every piece, whether gentle or full bodied is notable. Endre Nordvik is providing us with a very fine new musical start to 2018.