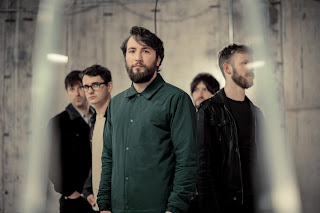 Background - Following on from the success of lead singles Heresy and Black, with both having attracted widespread acclaim throughout the online community, the band unveil the final two heartfelt and emotive tracks on the record (Cabin and A Little Rough), further showcasing their hallmark sound and songwriting prowess.

Discussing the EP release, the band stated: “We had a bittersweet run of singles last year with Fierce Panda - some really positive acclaim and some major radio airplay, but also some background missteps. We were restless to release more and resolved to cut our teeth on a larger project. And after months of tireless writing, recording up and down the country, ‘See The Night Perform’ is the first emblem of that period.

The EP title comes from the refrain at the end of ‘Black’, and typifies the loose concept, which is all about foraging intensely within to find hope and wonder in the cynical cycles of the modern age. But we're not ones to tell stories with our songs - if we're fortunate to have people listen, and listen deeply, we want them to import their own meanings. If there's one sign of music showing its power, it's that.

We're proud of the EP and the songs within, but proudest of the hallmark sound we've developed even more - simple, dark pop songs with a guitar-driven indie edge, an alt-folk heart, and post-rock drama and atmosphere". FACEBOOK.

The new 'See The Night Perform EP' really is a compelling collection of material. 'A Little Rough' is perhaps the gentlest song of the four, none the less the simmering emotion is just beneath the surface and the bands ability to ply the listener with melodic hooks is again clearly apparent. 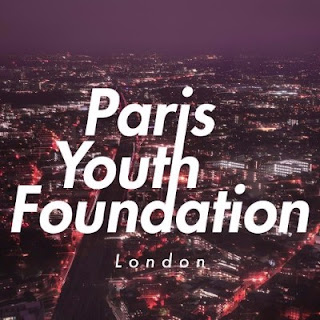 Background - Liverpool’s newest up and coming guitar dreamers unleash new anthem London, an ode to heartache in the big smoke and laced with a glistening of glockenspiel. Following on from singles ‘Lost Cause and ‘Missing the Mark’, new track London juxtaposes a dark and despondent yearning love with an upbeat song structure that loops and woops it’s way through choruses with flourishing abandon. Potter’s lyrics yet again unveil a deep romanticism and vulnerability, a secret emotional weapon hidden behind bouncing melody and giving Paris Youth Foundation’s songs graspable depth and colour.

Following their debut show at Last year’s Reading Festival which had gained them the respects of Huw Stephens, the band has gone on to play all the major new music festivals including Hit The North, Live At Leeds, The Great Escape and Liverpool Sound City. They’ve not stopped throughout 2017, touring alongside Transgressive trio Blaenavon. Brighton’s indie rockers The Magic Gang, and hotly tipped grunge rockers Inheaven.

‘London’ was recorded and produced in its namesake by British producer Charlie Hugall who has previously worked on records for the likes of Florence and the Machine, Ed Sheeran and Lucy Rose. Lead singer Kevin Potter said, "London is a song that means an awful lot to me. It's the story of a long-distance breakup and is probably as personal as I've ever been. It's a song that wears its heart on its sleeve. The song was built around the line 'Does London love you as much as I do'. That line is the reason this song exists."

With a band name like Paris Youth Foundation I didn't know quite what to expect and the vibrant new song 'London' certainly exceeded any preconceived expectations. Gorgeous alt rock where every component part is performed with passion the band have something special going on here. 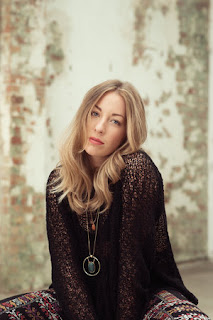 Stepping away briefly from her usual piano led sound to lean into her Nashville/Americana influences such as Alison Krauss she confidently ticks all the right boxes for fans of classic singer songwriters.

Co-written with Martin Sutton (LeAnn Rimes, Pixie Lott), ‘Two Days’ is a beautifully written track about the two important days in everyone’s life; the day you are born and the day you know why – with a romantic twist to knowing why.

‘Two Days’ is laced with wintery and romantic touches and is a perfect early (8th) December release. WEBSITE, FACEBOOK.

The Nashville/Americana influences are more than welcome if the resulting effect is a song like 'Two Days.'  A light melodic musical setting with top musicianship provides a refined backdrop for Lauren Ray's equally melodic and gorgeous vocals. 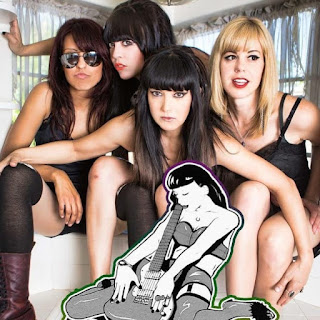 The Darts (US) - Gonna Make You Love.

Background - The Darts recently released their debut LP, Me.Ow, via Dirty Water Records. A follow up to two well-received EPs, it features sludgy guitars, fuzz-soaked vocals, and a healthy dose of menacing organ and was described by Bandcamp as "grinding garage that sounds like a rock show at a haunted mansion."

The LA and Phoenix-based band -- which is made up of Nicole Laurenne (The Love Me Nots, Motobunny, Zero Zero), Rikki Styxx (The Dollyrots, The Two Tens, Thee Outta Sites), Christina Nunez (The Love Me Nots, Casual Encounters, The Madcaps) and Michelle Balderrama (Brainspoon) -- has now shared a video for album track "Gonna Make You Love," which features trippy visuals interspersed with live footage of the band commanding various stages.

Though they've only been playing together for a year, The Darts have already toured the US and Europe, been named "Best Local Band" by the Phoenix New Times, and made fans around the world, including Jello Biafra. They just wrapped up a US tour in support of their new release and plan to head back to Europe in the Spring/Summer of 2018 before releasing another full-length album later in the year. BANDCAMP, FACEBOOK.

The Darts were regular attendees on Beehive Candy earlier this year and the new music video for 'Gonna Make You Love' is more than enough reason to welcome them back. As per usual turn the volume up loud!!