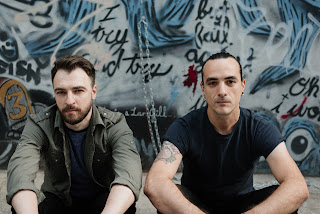 Aurganic - Meander. Background - We had 20 songs written for this release but only 9 made the cut. The making and production of this album took over 2 years to complete. A lot of parts were re-recorded, songs' structures changed, and ideas scrapped. The lack of deadlines helped us find new sounds and experiment with production. This album was completely self-produced. It also marks the first time we handled our own mastering.  Aurganic is a window into a collaborative thought and emotion of two individuals who dedicate most of their time to the craft of music and sound creation. Separated by distance and connected by technology Aurganic was one of the original online collaboration projects to appear last decade. Rooted in friendship, the project proved its longevity with four independent releases to date. Aurganic is an experimental electronic/alternative studio project of two long-time friends Michael Kossov and Leo Pisaq. Originally high school classmates, they were member
Post a Comment
Read more 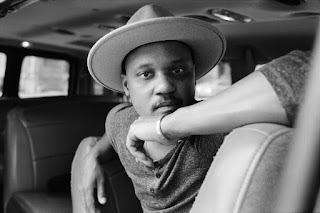 Son Little - O Me O My. Background - Son Little has just announced an exciting UK and Euro 'New Magic Tour'. After the release of the brilliant 'New Magic' album via Anti- he will be hitting the road this December to perform across the UK and Europe. The tour begins in Manchester and includes a date at London's Omeara from which he will then be travelling on to dates in Berlin, Paris, Brussels, Amsterdam, and more. The New York Times described Son Little’s singing as "a voice so careworn it’s almost otherworldly” while Culturefly called the Grammy Winning singer-songwriter and producer, “an Otis Redding for the 21st Century.” Son Little’s anticipated full length album New Magic has finally arrived in stores. Each of the tracks on New Magic’s draw from the diaspora of American blues and soul that includes not only modern R&B, but also rock & roll and hip-hop and transforms them into a singular sound that is propelled by his mesmerizing and soulful
Post a Comment
Read more

Year of October - The Prids 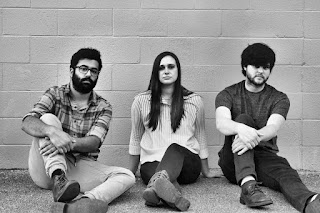 Year of October - Lost. Background - Nashville, Tennessee - Gritty Music City blues rock band, Year of October, is excited to release new single "Lost", from their impending October LP, “Trouble Comes”. “Lost” is a heavy blues rock groove with chunky guitar tones and a classic rock beat. Self-described as "fuzz soul", husband-wife fronted band, Year Of October blends Josh's metal and blues background with Phlecia's jazz and soul-drenched vocals.  Prior to this release, the singer-guitarist-drummer trio played over 250 shows a year throughout Tennessee, Kentucky, and the South after releasing their critically-acclaimed last album Golden Days. They have built up a loyal fan-base, and have received raving media attention from a number of notable outlets.  Phlecia says of the new project, “We like to take influences from all genres of music. We find inspiration in everything and I think if something is good then it doesn’t necessarily have to sound just l
Post a Comment
Read more 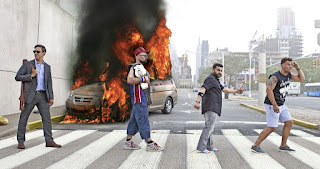 The U.S. Americans - Fade Out. Background - NYC-based progressive psychedelic punk-rock band, The U.S. Americans, announce the release of their debut album, Greatest Hits, due out October 27th 2017. Produced by Scott Von Ensign and executive produced by Daniel Deychak, Emerson Williams, Roy Abraham and Jeff Weiss, Greatest Hits, is a collection of the best of progressive, psychedelic punk from the sons of liberty, The U.S. Americans. The group developed as a live act. Highlark Magazine caught a live show and reported, "the Americans had me from the word go as vocalist Jeff Weiss proudly hoisted a United States Championship belt overhead and outward toward the audience." The belt has become a major part of the live show and House of Glory, New York’s largest independent wrestling company, has used their music in their lively wrestling video compilations. Isaac Rodilla from HOG says, "The team here at HOG has dubbed U.S. Americans as the best band in the USA. We gave
Post a Comment
Read more 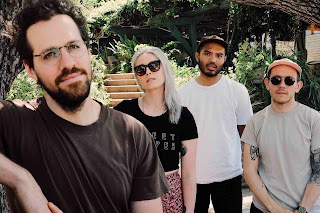 Darto - No Self. Background - Aagoo Records has just released two packages of goodness simultaneously: The first is ‘Human Giving’, a full length album from Seattle-based four-piece Darto. The second is the 'Follow Up / Hush' 7” featuring Darto and Wand, who wrote and performed these tracks together. They have also released the new creepy video for 'No-Self'. 'Human Giving' was preceded by the single 'I Am', which The Big Takeover Magazine calls "a catchy sultry melancholic downtempo synth-infused psych-trip combining the best of Cate Le Bon, The Velvet Underground, The Brian Jonestown Massacre, and The Black Ryder". The album's mood is immediately clear from the first note of 'GDLS', enveloping the space around the listener. By the time 'I Am' enters, the sound and feeling transitions from lush and inviting, to focused and intentional with the keyboards and strings propelling the movement. The lyrics and accompanying
Post a Comment
Read more 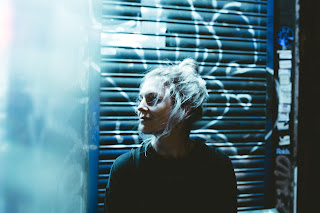 Tusks - Last. Background - With her debut album Dissolve released 13th October, Tusks (aka Emily Underhill) builds on her towering musical vision. Created alongside longtime co-producer Brett Cox, her rich visual imagination with its cinematic enormity and resplendent detail is the work of a young artist mastering the nuances of her craft, a journey which began in her early teens. On new single ‘Last’, Tusks ups the ante; “it’s the feistiest track on the album. It was a bit of a f you to a person at the time who I'd invested loads of energy and time into who'd messed me around." It’s a track that demonstrates the breath of emotion on the record, that within ‘Dissolve’s’ immersive cinematic artistry and beautiful soundscapes sentiments of a vigorous, vitriolic nature also burn bright. From a young age, her voracious appetite for music has taken in artists as disparate as Bonobo, Explosions in the Sky, and Foals, and the result is a sound that resists pigeon-holing.
Post a Comment
Read more 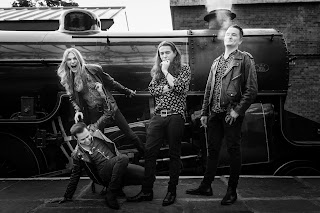 Sittin' Pretty - Then You Break. Background - The North West’s very own Sittin Pretty come confidently striding out on to the streets to deliver you their thumping slab of defiance ‘ Then You Break’, the new single to be released on Gas Music 24th November.  This band capture a sound, an attitude, that can only be delivered by an authentic group of musicians embracing their youth and love of life in this modern age of rock, blending classic rock, blues and touches of psychedelia. Front man Conor Wilde explains ‘When Lewis and I first started playing together it was in a bedroom smaller than the average boiler closet in Lewis’s Mother’s 2 up 2 down in Breightmet. I was a pretty angry kid who’d always used lyrics and songs to express myself, and Lewis played some pretty heavy riffs so it immediately worked very well, we didn’t give a fuck about where it was going. It was just for us and just for the absolute love of playing.’ The band is working now on their debut album du
Post a Comment
Read more
More posts