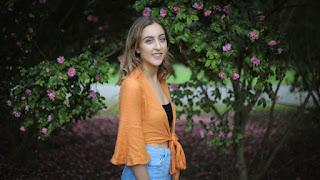 Abbey Baker - Tell Me How.

Background - Emerging Sydney songstress, Abbey Baker, is set to confidently stun audiences with her endearing indie-pop records. Poised by a passion and skill for songwriting, Abbey’s artistry is propelled by honest and clever lyricism, and her ability to seamlessly transcend genres of soul, indie-pop, funk and jazz. Abbey’s sound is a gorgeous cocktail of heartfelt vocals and delicate piano driven melodies, perfectly complemented by angelic layers of harmonies, soft pop rhythms, and subtle synth productions.

Recently, the singer-songwriter stepped out onto the music scene with her infectious debut track Tell Me How. “The song is about my experience of being in that early stage of a relationship, where I am all in and the other person isn’t. I explore the feelings of frustration and insecurity that I felt, a situation in which many others may have experienced”, Abbey reveals. The track was recorded at Main Street Studios in Wollongong produced by Xavier Lardner. To coincide with the release of her debut single, Abbey shared the official music video, creatively produced by media artist, Jasmine Lee Ryan.

Tell Me How is an epic first release from the young talent, which sets grand anticipation for Abbey’s upcoming debut EP. Abbey is currently back in the studio writing and recording new material for her forthcoming record, but audiences in the meantime can catch the emerging artist performing live at intimate gigs across Sydney.

Abbey Baker grew up on the beautiful South Coast of NSW before moving to Sydney at age 18 to pursue a career in music. The trained pianist and singer, built upon her skill sets and musical knowledge by attending the Australian Institute of Music, recently graduating from the arts college with a Bachelor of Music (Contemporary Performance).

Now at 22 years of age, Abbey is ready to share her music. The singer-songwriter draws musical inspiration from the likes of Joni Mitchell, Meg Mac, Sarah Blasko, Missy Higgins and Kimbra, producing music that is both raw and poetic, just as it is infectious and charming. FACEBOOK.

Abbey Baker's vocals are melodic and alluring on 'Tell Me How' an indie pop song where the musical arrangement has a few genre twists that give a soulful feel as the piece develops. 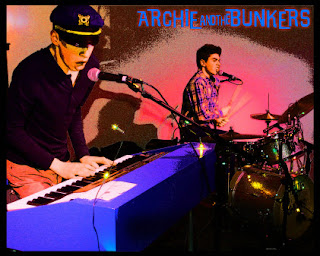 Archie and The Bunkers - The Traveler.

Background - Norton Records is proud to announce the label debut of infamous Cleveland rockers Archie & the Bunkers with the agitated pairing of original songs "The Traveler" and "Looking". A&tB are brothers Cullen and Emmett O'Connor. Cullen plays "hi-fi organ" and Emmett plays drums. Both sing and compose. These teenage siblings have exploded locally and have taken Europe by storm with their wild live festival and club dates. They have recorded for Third Man (USA) and Dirty Water Records (UK) and have now come home to Norton Records with their most captivating sides to date. All of their influences have resulted in these riveting original comps.

Noted filmmaker Reuben Kincaid shot the band video for "The Traveler" out in the wilds and wastelands of Cleveland, showcasing the key vistas of the city. A few of you know the story of how we were struck cold in our tracks at hearing The Traveler being ground out of an antique wooden pump organ at 3 in the morning at Franklin Castle in Cleveland this past October 13th-- by 16 year old Cullen O'Connor-- those who don't, suffice it to say that it jarred us out of the blue and into the black.

I'm not spreading hype (although I'd love to) in saying this record was meant to be-- and meant to be on Norton. In 1963 Cashbox terms it's a "twin spin destined for chart stardom". In 2018 Norton lingo, it's a "stormy weeper with a will to dominate" b/w a "belligerent teen raver". Music educator Steve Rosen stated that this A&tB release is "teen music at its tormented best"... .we're excited as heck to have a 45 RPM record out there to test everybody's mettle, 'cause this is like Screamin Jay meets the Zombies in a death match. WEBSITE, FACEBOOK.

Archie & the Bunkers first appeared on our radar around a year ago, then promptly disappeared. 'The Traveler' is a very welcome second sitting from this feisty duo, and by this bands standards is almost a ballad, where once again modern meets the past, on this occasion without so much raw rock & roll. 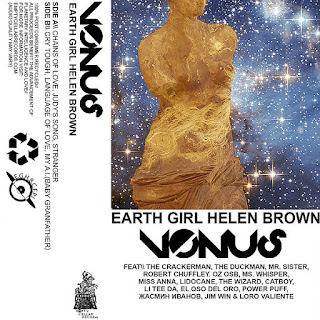 Available from Empty Cellar Records on limited edition 100% post-consumer recycled cassette tape, all proceeds benefit organizations committed to the expansion of love and empathy as an antidote the absurd and vacuous practice of hate.

In step with the executive format the band is on a four-year trajectory of narrative abstraction, economic entanglement, art, information, administration, music, and hopefully a little policy making. 2018 will focus on administration and narrative expansion with the band forming as a CA 501(c)(3) non-profit organization and initiating their MONEY MONEY commerce and lifestyle blog. Expect four follow-up 7”s from In the Red Records and a vinyl compilation, Four Satellites Vol. I, in the Spring. In 2019 they will return to visit another four solar satellites, then onward and outward. WEBSITE.

Over the past year we have featured a song from Mercury, Mars and Saturn, so it's with considerable pleasure that we now arrive in orbit around Venus. 'Language Of Love' continues the impressive collection of music in this series, this time there are hints of soul and blues, and a groove that is hypnotic in the most pleasing of ways. 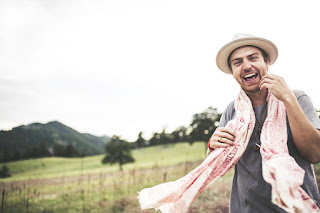 Background - Raised on an island in South Carolina, singer/songwriter Trevor Hall realized at a young age that music was more than just a passion - it was, rather, his life’s art. At sixteen, he recorded his first album, soon after which he left South Carolina for Idyllwild Arts Academy in California where he studied classical guitar and was introduced to the practices of yoga and meditation, which would greatly influence his life and his music.

Hall’s music, a blend of roots and folk music, is imbued with a deep love of Eastern Mysticism. This powerful symbiosis fostered a deep connectivity with his growing fan base and Trevor quickly matured into a leader of the burgeoning conscious musical community. Along with numerous pilgrimages to India, he has also completed a series of sold-out tours and collaborations with artists such as Steel Pulse, Ziggy Marley, Jimmy Cliff, Matisyahu, Michael Franti, Xavier Rudd and Nahko & Medicine for the People.

His previous full-length album releases, Chapter of the Forest (2014) and KALA (2015), debuted at #3 and #2 on the iTunes singer/songwriter chart respectively and were supported by extensive tours around the US and Australia. Beyond his intention to spread love and healing through music, Hall also collects donations to support children’s education in India and has continuously donated to charities and relief funds.

The Fruitful Darkness is Trevor’s first independent release supported by his fans known as The Villagers has become the #1 Music campaign of its kind in 2017. “There have been many hurdles and triumphs along the way” Hall reflects, after a decade plus recording for established labels such as Geffen and Vanguard. “This album conveys the deep vulnerability of journeying through the unknown, as opposed to playing it safe.” Besides the change in infrastructure, the album itself explores completely new sonic terrain and is being released unconventionally, in three song installments on specific lunar dates, with the intention to buck the trend of fly-by-night releases and hold the conversation for a whole year. WEBSITE, FACEBOOK.

Five songs to feast upon with the new EP 'The Fruitful Darkness part.3' all of which are there to enjoy just below. The music is a blend of natural roots music with excursions in differing directions held together by Trevor Hall's beguiling vocals and musical themes that are always of a very high standard. 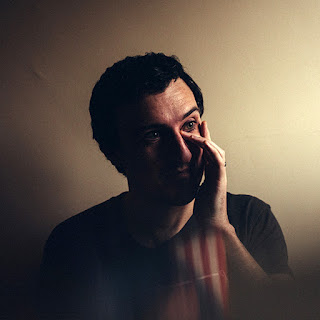 Background -  British artist Paul Littlewood has announced his forthcoming double A-side single, comprised of tracks 'Today' and 'Television' and set for release via Anklebreka Records. Hailing from Swinton, South Yorkshire and currently based in Sheffield, Littlewood is a prolific songwriter and music producer.

'Today' soothes the listener with an endearing yet hazy musical familiarity with its swirls and blurred sonic edges, hanging in the air with raw emotion, cocooning the listener. The more upbeat 'Television' ramps up the energy with a very real statement on the situation with modern-day TV. Both tracks present perfect pop viewed through a technicolor prism.

"'Today' was inspired by the discovery of a collection of tape cassettes, when I purchased a second-hand tape recorder for making home demos. Each cassette is an audio letter by a young couple in New York to send home to their parents in the UK in the early 1970’s. I managed to discover one of the couple's names using information disclosed on the tapes (they speak of a move to California and the company he'd be working with). The couple also discloses that they are expecting their first child, and I’ve always felt that it would be fantastic to reunite the tapes with the family. The lines of ‘Today’ are adaptions of the tapes' dialogue, and the single cover is an image of audio from the tape," explains Paul Littlewood.

"After discovering the tapes, suddenly the practice of making records made sense to me. The dialogue was so honest and unfiltered due to the nature of their purpose. From then on I resolved to make music this way.” WEBSITE.

'Today' is one of those songs that feels very personal, whilst letting the listener immerse themselves in and imagining that it's their own. The gorgeous hooks do the rest and repeat play becomes compulsive.