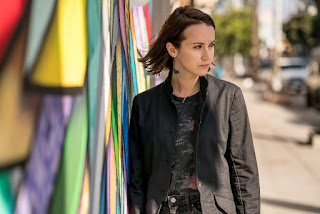 Holly Miranda - To Be Loved.

Background - Holly Miranda's new single is "To Be Loved".  It follows her prior singles "Golden Spiral" and "Exquisite" the latter of which features T.V. On The Radio's Kyp Malone. "Exquisite" also had a video which was directed by Kyp. All three tracks will be available on Holly's new LP 'Mutual Horse', out 2/23 on Dangerbird Records. You can pre-order the LP here. Holly will also be playing a handful of NYC & L.A. shows including a show at Park Church Co-op in Brooklyn.

The Dangerbird studio in LA also inspired the album’s title - “Mutual Horse comes from this image we hung in the studio. It was a photo of the singer-songwriter Cris Williamson - “We printed out photos of her from the 1970s and taped them up around the studio; that was our vibe.” One of those photos was of Williamson and another woman holding the reins of a horse; the two women are staring at each other, but the horse is staring at the camera. Eventually someone scrawled the phrase “Mutual Horse” beneath the picture. “It doesn’t feel like just mine,” Miranda says of the album, which took its name from the graffiti. “It feels like it belongs to everybody who worked on it. I opened myself to collaborating this time around, which made me really vulnerable.”

Miranda grew up between Detroit and Nashville, two music towns that would influence her own journey in a very profound way. She began playing piano at the age of six, taught her self-guitar at 14 and moved to New York at 16 to start her professional career. For nearly 20 years, she’s been performing, writing and producing with some of the best talent in the business. She has performed with the likes of Karen O, Lou Reed, The XX, and Lesley Gore. She released two records with her band The Jealous Girlfriends and has co-written and produced a mass of other projects. FACEBOOK.

We featured the song 'Exquisite' back in November and 'To Be Loved' is another fine single and is included on the 'Mutual Horse' album due next week. Once again the vocals are distinct and very appealing, the music allowing them to shine right through, whilst giving the song further momentum. 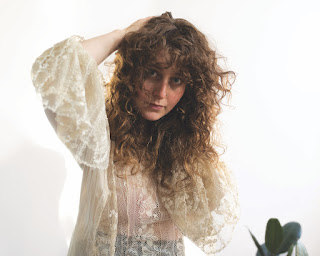 Background - Brooklyn-based, alt-folk artist Juliet Quick shares her new track, "Changeling Part I," from her forthcoming EP, a 3-part song series, Changeling EP. The Changeling EP is due out April 6th on all DSPs.

Juliet Quick is currently based in Brooklyn, where in 2016 she began playing with a backing band made up of collaborators Philip Joy on drums, Nathan Kamal on violin, and Oliver Mashburn on guitar. Quick grew up in the Hudson Valley, and her art has always been in conversation with that landscape. In addition to her music, which relies heavily on that setting for its tone and imagery, she has written a chapbook of research-based poems on the Hudson River.

Changeling is a 3-part song series, using the folkloric trope of the changeling, in which a child is stolen by fairies and replaced with an imposter, to explore feelings of alienation from the self and the familiar that characterize early adulthood. They don’t follow a strict narrative, so much as trace different points in the evolution of that psychic experience. The imagery is heavily grounded in the landscape of the Hudson Valley, where the artist was raised. It was recorded in Carmel, NY, where it was engineered and co-produced by Rees Shad in his own studio. The orchestral strings were arranged in a collaboration with Juliet Quick, Rees Shad, and Nathan Kamal. WEBSITE, FACEBOOK.

'Changeling Part I' is a gorgeous and quite unique indie folk song, where Juliet Quick's vocals are quite beguiling and the musical arrangement adds a chamber folk dimension to this sumptuous and almost epic piece. 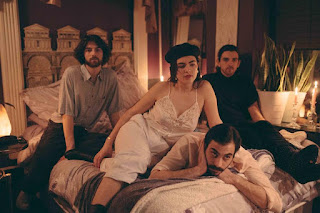 Background - Winnepeg band Living Hour announces a new covers EP, Lovely, Lonely: A Collection Of Covers For Hollow Hearts, which will be released on March 2, 2018. The EP includes covers of Nico, Avi Buffalo, The Ink Spots and Françoise Hardy. The band will also be touring to SXSW, see full list of tour dates below.

Sink into the drowsy guitars and blissful, washed-out textures of Winnipeg’s Living Hour. The band made up of dream-pop revivalists’ atmospheric and pillowy melodies are coloured by psychedelic accents and the enthralling coos of vocalist Sam Sarty. Brushed-Snare Beats, droning reverberations, and wobbly romanticism conjure up a tranquil and exploratory state of mind. WEBSITE, FACEBOOK.

Francoise Hardy original version was released way back in 1962 and was an outstanding pop song for that era. Living Hour have slowed the pace with their rendition of 'Tous les garcons et les filles', the dream pop interpretation adds atmosphere and charm, I am fascinated as to how they will interpret one of Nico songs! 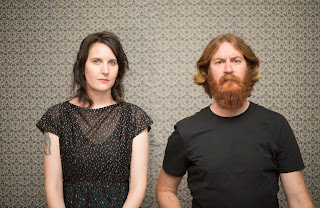 Written "in a sitty share house", Kerley's yawning, powerful vocals parse caustic jabs on Thinking Sense that are just as often aimed at herself. Propelled by relentlessly dirty, crunchy guitar and Doug Palmer's furious drumming, Thinking Sense has already made fans at community radio (RRR, PBSFM, 4ZZZ & more) and explores the landscape of how humans relate to each other when dignity is removed from the equation, with self-respect quickly following.

Produced by Joe Hammond (Courtney Barnett, Jen Cloher, Fraser A. Gorman) at his Pots and Pans studio, Terra Alpha's release will be followed by an East Coast launch tour, with a regional tour across Queensland to be announced. Marville's singularly enthralling, high-decibel live show - previously on display at the Brisbane leg of Gizzfest 2017 and as support for peers Cable Ties and Wet Lips - must be experienced to be fully understood. BANDCAMP, FACEBOOK.

'Thinking Sense' is one unpretentious rocker that just cuts to the chase and carves out some robust rock grooves with passion, emotion and determination. 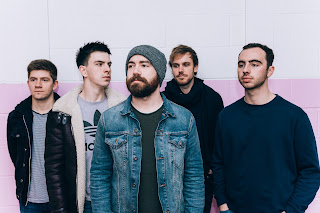 Background - Porshyne are an atmospheric rock five-piece hailing from Brighton. Formed in 2014, early releases from the band such as ‘Residue’ and ‘Locked In’ have helped to cement their name within the Brighton music scene, leading to them playing shows alongside the likes of Black Peaks, Valerian Swing, Town Portal and many more. The band then went on to release their highly anticipated debut EP ‘Environmental Music’ in 2017, which received praise from the likes of Dan P Carter’s BBC Radio 1 Rock Show, Upset, Alt Press, New Noise Magazine and Kerrang! Radio, with the latter likening the band to Radiohead, Tool and QOTSA. Now the band are preparing to release their new single ‘Miles Away’.

In the time between ‘Environmental Music’ and ‘Miles Away’, Porshyne have been mindful to use their time well, and to relentlessly dedicate themselves to honing their sound even further. The new single sees a natural evolution in the band’s heavily textured dynamics, shifting the focus onto their cinematic and melodic sensibilities, accentuating any previous comparisons to Radiohead. Amongst this Porshyne still stay true to some of their heavier roots in their instrumentation, by interlacing complex guitar sequences with powerful and intricate rhythms that continue to draw from their prog and math-rock influences.

Thematically, ‘Miles Away’ is similarly introspective. Speaking about the new single, Fergal Lyden (frontman/guitarist) says “The song is about wasted time and regretting the number of wasted days which pass and are then quickly forgotten about. It’s about the guilt and regret of unrealised opportunities, missed because of inaction and procrastination, and of the realisation that certain ambitions are drifting out of reach and becoming less and less attainable with the passage of time.”

Porshyne have retained their unique and atmospheric framework on ‘Miles Away’, continuing to expertly merge their multifarious and technical collective influences, whilst also finding a route into deeper and more diverse melodious concepts, which will appeal to listensers both above and below the surface. Whilst ‘Environmental Music’ was a bold statement of intent for Porshyne, ‘Miles Away’ is testament to the bands dedication to further developing their collective creative ambitions, to build something that will leave many eagerly anticipating what’s yet to come.

It's almost a year to the day that we first featured Porshyne and the new song 'Miles Away' (this is the single edit) is impressive. The bands expansive rock sound is notable, even the refrains on this track have a layer of simmering tension. Last time around the expression atmospheric rock was cited, I think I would add dramatic for this track, and a very fine listen.