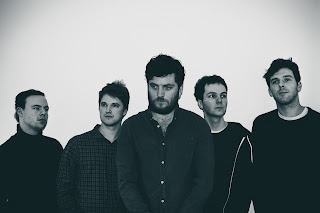 Background - With its urgent ticking drums and syncopated bass lines, ‘In Circles’ is a canny sleight of hand from London alt-rock band TALMA. Frontman Henry Adams’ vocal line pairs with guitarist James Creed’s lyrics and arrangement to create a tune which effervesces with heady romance and nostalgia. As James explains: "In Circles is about the sense of apathy we can experience when returning to a routine lifestyle after time away from it all - the everyday, the mundane.

Where the loss of rhythm helps us to see what’s before us with renewed perspective, it can ultimately lead us to question it too. We all crave a sense of purpose, but affecting a change towards that offers the unknown. We then have a choice; to resign ourselves to the security of these sleepless cycles or to take a chance, step away from paths well known and chase a new sense of meaning."

The second EP from London based TALMA, Out To Sea sees the alt-rock 5 piece produce some of their most powerful and intricate works to date. Taking inspiration from rock music’s most innovative artists including Nick Cave & The Bad Seeds, The National and Radiohead, the EP is defined by the dexterity of its guitar led arrangements and a poignant lyrical anxiety regarding the modern world.

Themes of loneliness, isolation and upheaval are explored with a sense of romantic optimism, showcasing a musical offering that proves that TALMA aren’t just another glib or fanciful indie group. Like their heroes, they’re conscious of the power of rock as an art form primed to tackle timeless concepts and get to the heart of what it means to be alive and to be human. WEBSITE, FACEBOOK.

We featured 'Lifeline' by TALMA back in December and are pleased to share another track from their 'Out To Sea' EP entitled 'In Circles'. This is another very fine alt rocker, the band are tight and vibrant, the vocals are distinctive giving the song  further individuality & the EP matches the calibre of the tracks we have shared. 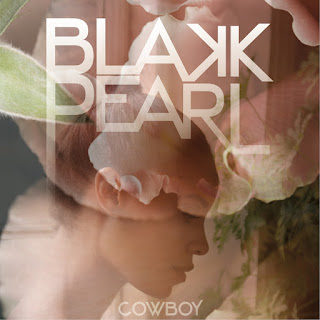 Blakk Pearl has now shared a video for her debut single, a video she has put together herself: "I love 1930's era cut-out animation, and when I came across this clip of these beautiful trio of fairies trying to help a soldier, who had lost his way in the woods, I knew it was the perfect video for 'Cowboy.' It tells the story of 'Cowboy' so beautifully and delicately, and in such a feminine way".

Blakk Pearl grew up in North London and moved to Devon when she was a young teenager, where she would watch her, by now absent, father on US TV shows and hear of his activities in LA as a manager of NWA.

She now lives in a convent just outside Toulouse in France. Having rebuilt it from a ruin, it serves as her creative hub and sanctuary. Blakk Pearl divides her time between Toulouse, London and Paris. WEBSITE.

Soft melodic and captivating vocals make 'Cowboy' attractive from the opening moments. The musical arrangement is subtle and yet detailed, this is a gorgeous debut song. Background - Ecstatic Union's sound is like a liquid sun-soaked harmony layered psychedelic dance party. Started in 2012 as a kind of solo-spiritual-folk-rock recording project by frontman Rex Costello, after assembling a few core members (including Oliver Hart & recording partner Paul Olsen) the band took on various forms over the years and primarily played as an acoustic folk act. In 2015, while living in his home town on Catalina Island, Costello recorded what would become Ecstatic Union's second full length album (released 2017 on Lolipop Records).

Over the next year he assembled the band into a complete electrifying 5-piece psychedelic-rock outfit in support of the release. The core members include Rex Costello (Guitar/Vocals), Oliver Hart (2nd Guitar/vocals), Solange Kupersmid (Bass/Vocals), & Bradley Cluff (Organ/Synth/Vocals). The band now primarily resides in Los Angeles, CA where they recently recorded the Neurons EP.

Look out for the Neurons EP, set for release early this summer! BANDCAMP, FACEBOOK.

The music is punchy psych rock, the vocals take the psychedelic vibes even higher and 'Desert Queen' quickly grabbed my attention, this is a band that deliver potent rock & roll.