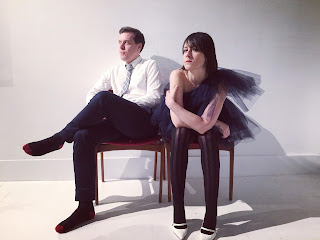 Background - Garage/art rock trio Rich Girls share their new track, "Wayne," the second single off their forthcoming debut full-length release, Black City. The album was recorded by Travis Harrison at Serious Business, Brooklyn and Sean Beresford at Blighty Sound, San Francisco. It was mastered by John Greenham at Infrasonic. Black City is due out April 6th via Tricycle Records.

Rich Girls return with a heady new pop sound and nine songs that pull their minimal garage into ambitious new territory. Songwriter Luisa Black unveils a new sonic toolkit, adding vintage synths, dark marimbas and ambitious melodies to the trademark Rich Girls verbed-out sound. The songs are awash in contrasts, veering between aggresssion and tenderness with lyrics about insurrection (“In the Street”), a power ballad about post-addiction love (“Wayne”) and the band’s biggest departure yet, a slurry synth-driven track set to a motorik beat (“Hit”).

Black channels the zeitgeist of heartbreak in “Blood Brother,” a garage rock obit for America. Since their early releases, Rich Girls have pushed against genre, taking a raw garage sound and pulling it into art pop territory. Here Luisa Black’s complex sensibilities are on full display, with an album that swings hard between pop melody and punk rage. Black City is the first full-length from the NYC trio. WEBSITE, FACEBOOK.

Just a month after featuring the song 'Hit', Rich Girls return with their second single 'Wayne' from the forthcoming 'Black City' debut album. This time we have a slow and expansive sounding alt rocker, the music is solid and richly layered, the vocals add some melodic hooks as they passionately call out for your attention, bring on the album. 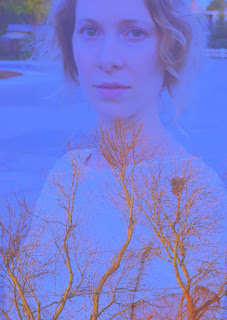 Born into a Mormon community in Hitchin, Roxanna Rawson was introduced to music through Church hymns, but first found her feet in Paris where she studied violin and piano at University of Paris VIII. Surrounding herself with local jazz performers, she joined several orchestras and spent much of her time studying classical and baroque styles of music. Rawson found her own voice however, developing a unique vocal style through singing ‘jumping jazz intervals’ on the streets of the French capital. She also joined an African Choir, adding yet another multi-cultural layer to her sound.

Rawson left Paris for London in 2004, and  joined an anti-folk collective by the name of AsYet, working alongside alternative original talents such as William Nein, David Goo, Miss Jo Williams, Fiona Bevan and Left with Pictures. She soon attracted the attention of producer and label owner Al Mobbs (Damon Albarn). A development deal with Sony led to her debut EP Changing Things, released on Ambiguous Records (2009) and the coinciding single "Fingers". Quenching the Kill is Roxy's debut full-length album. FACEBOOK.

In January we shared 'Black Eyed Soup' from Roxy Rawson and today we have 'Rounded Sound' taken from the soon to be released 'Quenching the Kill' album. The vocals are vibrant and delicious, the music is gentle and twist & turns in harmony with the singing, this is different, in a good & perhaps even unique sort of way. 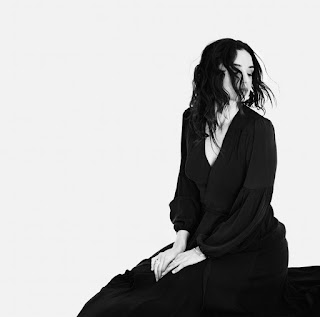 Raised on a Hindu ashram, she sang ceremonial ragas as a child, which led to training and performing as an opera singer throughout the U.S. and Europe. Along these travels, she began experimenting with music and writing song fragments on a ukulele, which was gifted to her by her brother. Diā reminisces how she "would literally sit on the floor of my bathroom and come up with melodies". Encouraging reactions from those close to her, reinforced her musical path.

Diā 's practice as a classically trained opera singer induced an incredibly critical ear. Her influences of classical music, such as Baroque and French Romantics are beautifully infused with modern experimental cinematic folk within her music. With the critical success of her debut EP Tiny Ocean, Diā  is set to release the highly anticipated follow up single ‘Valentine’. Featuring poignant lyricism, with 60’s vintage soundscapes the single creates a moody and ethereal tale of yearning for a lost love. ‘Valentine’ highlights Diā's signature style of lush baroque-pop and cinematic folk.

Diā has found success, being featured in such prestigious outlets as Huffington Post, Wonderland Magazine, The Line of Best Fit and The 405 among others. Diā's previous single ‘Covered in Light’ was used as the official song for the trailer of popular indie film, Newness. FACEBOOK.

Back in October 2016 we featured Diā and the track 'Covered In Light' taken from her 'Tiny Ocean' EP. Fast forward to now and it's a welcome return with the new song 'Valentine' a piece where the music is cleverly arranged providing an imaginative backdrop for some gorgeously melodic and charmingly timeless vocals, it's been worth the wait. 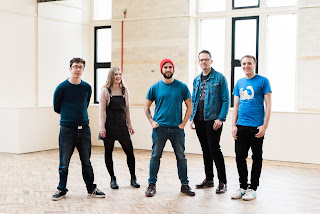 Background - Imagine if The Beach Boys sounded like a Scottish indie band from the 90s. This is Be Like Pablo. The band make hook-laden pop tunes with four-part harmonies, fuzzy guitars and 80s synths. New single My Kind of Girl is a love letter to 70s new wave heroes The Cars and classic pop from the 50s and 60s. Lyrically, it’s a story about falling for someone who others see as unearthly - somebody who’s laughed at for being introverted and different but who is, in actual fact, intelligent, creative and brilliant.

Lyricist Ewen Watson explains further: “It was a straightforward song to write and as a result has a simplistic charm.” Ross Watson, also of the band, describes My Kind of Girl as “our attempt at writing a super concise, to the point, pop song. The style and arrangement is very much influenced by songs from the 50s and 60s, particularly Frankie Valli and the Four Seasons.”

Having released their debut album ‘The New Adventures’ in 2014, Be Like Pablo returned last summer with the single ‘There She Is’ and have had support from the likes of NME, Clash, The 405, Drowned In Sound, and many more throughout. They have previously performed at T in the Park and in session on BBC Radio 1 and Radio Scotland and have also had notable airplay from Dermot O’Leary and Steve Lamacq. WEBSITE, FACEBOOK.

It's just over a year ago that Be Like Pablo appeared on Beehive Candy and it is a delight to have another chance to feature them this time with 'My Kind Of Girl'. It's powerful, pleasing and just so catchy, if "Scottish Retro Surf Rock" isn't yet an established genre, then surely this qualifies as the starting point.