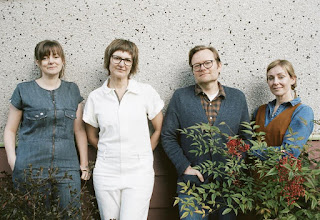 Background - Frog Eyes are set to release their final album Violet Psalms May 18th on Paper Bag Records. Frog Eyes have announced a North American tour in support of the album. Frog Eyes have made their last album. 17 years after their teetering debut, the Vancouver band unveils Violet Psalms—a giddy lament; a gnashing jubilee; a rain-drenched allocution on hope vs. horror, paradise vs. pride, Marx and Brexit and bad acid trips.

It's an ending like a beginning. "We were trying to pretend it was our first record," Carey Mercer says. This is their final record, Frog Eyes' last gasp—but the art-rockers wanted to capture the energy of a debut, the freedom you feel "when there's no expectation that anyone will actually listen." They made it at home, burrowing under the house where Mercer lives with drummer Melanie Campbell. The goal was to blot out the world, focusing on what they could grow down there, four musicians in a basement. Could they squeeze out ten songs? Was there enough paste in the tube to squeeze out 10? "In the end there was. Which is rad."

No guests, no engineers. A self-invention. Violet Psalms began with its frantic, reverb-drenched guitar, squiggling over a modulation pedal. Next Mercer and Campbell concocted the drum parts—imagining them as onomatopoeia then recording them in fragments, kickdrum by kickdrum, tom by tom, with tailored effects. "The goal was to disorientate," Mercer explains, but also to work by instinct, gut—a cut-up of music and image, songs that coil back and kiss. The band pruned as they went, adding Terri Upton's bass parts, taking other parts away. Whereas past LPs used piano, Shyla Seller worked with shimmering synths—chords like bleeding water colour, shadows casting on a wall. TWITTER.

The vocals on 'Idea Man' are different in a wonderful way, the music is fresh and vibrant and the art rock direction is refined. In summary, this is one of those songs that impacts hard, it's fabulous. 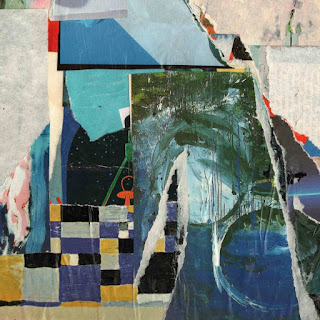 Background - The Rare Occasions have been steadily releasing new music since 2013, but have yet to release full-length album - that news changes now with the announcement of their proper debut Into The Shallows, which comes out May 25th (the renowned Spanish artist David Navas gave them permission to use one of his pieces as the cover art too).

The Rare Occasions originally formed in Providence before migrating west to LA. The band draws inspiration from each successive wave of garage rock, while always putting their own dark spin on it.

Their sound melds angular guitar riffs with indie pop melodies, evidenced by their previous songs like the blistering psych-anthem “Dysphoric” (from Feelers) to the dreamlike track “Bug Eyes” (from Futureproof). This variability and depth of styles, layered with lyrical themes of existentialism and self-reflection, are what both define them and set them apart.

Primarily recorded in their cramped LA rehearsal space, The Rare Occasions’ debut bring their northeast sensibilities with them to California… the record delves deeper into the musical and lyrical concepts which have come to define the band’s aesthetic. WEBSITE.

Expansive indie rock comes to us in the form of  'Mercy Mercy' packing some slick guitar sounds and vocals that plead for your attention. The band are tight and rhythmic as they slide out some fine hooks with apparent ease. 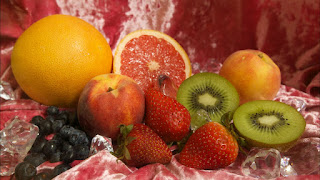 Background from Lavender Child - I released my debut EP “Reflections” independently this past fall. Yet, I was eager to dig deeper into my artistic vision. I created a collection of videos that premiered in January to a private audience of over 120 people at Ildsjel Collective in Toronto’s east end. Two videos (“Happy Illusions”, “Beautiful Landscapes”) have since been released publicly, with two more to be released in Spring 2018.

Plutomania is the story of a person who has always valued wealth and material possessions over personal relationships. As the person nears the end of their life they reflect on their past and come to the realization of deep loneliness and sorrow. There is an enormous range of dynamics and emotion throughout the song as the narrative moves through the process of realization, denial and acceptance.

The music video features the plutomaniac erotically and ravenously consuming “the fruits of their labors” and in the closing scene these indulgences come to an abrupt end. The production for Plutomania was proudly run by an all female crew, both behind and in front of the lens. With performance by Michaela Woeller, special thanks to Emma Aurelia/ Jessie Gaumond and front-woman Stephanie Traplin directing/filming/editing/ and providing the fashion from her shop Take Time Vintage. TWITTER, BANDCAMP.

With 'Plutomania' we have an intriguing subject, a creative and thought provoking video, however for me, most of all we have a gorgeous song. I thoroughly recommend checking out the full EP, where the vocals are mesmerising, the musical arrangements beautifully crafted and as debut releases go, this one is very special. 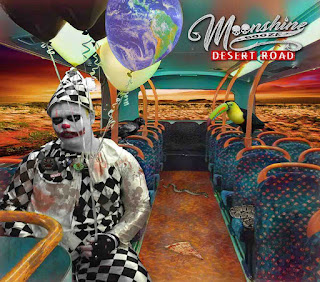 Background - Moonshine Booze present 'Happy' as the second single off their debut album 'Desert Road', released via Seahorse Recordings. Along with that they reveal a new surreal video shot against the backdrop of vivid Kafkaesque scenery. Written by Emiliano Zapata and realized with the masterful supervision of videographer Jessica Montebello, who shot and edited the clip, in addition to her tremendous artistic contribution involving certain peculiar characters.

This story juxtaposes the immense landscape of the scorching desert with a smoky and dark journey that projects through an illusory door. Darkness and light, solitude and freedom side-by-side and yet opposite, and the fragile equilibrium of the characters, such as the emblematic clown, obsessed by chronic mood swings. These are allegories of the most arduous and torturing journey the mind can conceive - a journey towards happiness and the demolition of 'social rules' that inevitably tide the mind within stringent tormentuous borders.

Combining grit blues rock with alternative country, Moonshine Booze's music has been described as psychedelic country blues-tinged rock, as well as brazen desert alcoholic acoustic rock. The album's release was preceded by their first single 'The Place', along with a fiery retro-freakish yet humorous video.

Moonshine Booze formed in the summer of 2014 in Teramo, Italy. This trio is comprised of Andrea Manila (vocals), Emiliano Zapata (guitar) and Fabio Manchos (drums). The video for 'The Place' was a collaborative effort between Emiliano Zapata and Josh Heisenberg, with Zapata writing the scenario, Josh handling the filming and editing, and both on direction. Having been active on the music scene for over twenty years in various bands, both in Italy and The USA, the trio has gathered and relaborated experiences from different musical genres, putting them to good use in their new project. BANDCAMP.

Back in February we featured 'The Place' by Moonshine Booze and the second single 'Happy' is a welcome follow up. We considered the album back then and remarked "This is a band that are hard to put into just one genre as is made clear with the above promo piece. That they are highly original, creative, and perhaps just a little crazy should be taken as read, you can add fun and emotive, such is the variety packed into the collection." As 'Happy' demonstrates I feel those comments were valid and if I might be so bold, are now endorsed even further...