Michael Nau and the Mighty Thread - When.

Following the release of singles 'Less Than Positive', 'Funny In Real Life'  and 'You You', the band have now shared a video for album track 'When'. “The video is just a bunch of old (public-domain) home movie footage that I liked and I’ve been trying to assemble in different ways,” says The Mighty Thread drummer and 'When' video creator Graeme Gibson. “Good people moments. I found that editing visuals is a bit different than audio so I enlisted the help of an experienced documentary editor Emilee Booher to put the footage to good use.”

“There was a musical language that we created; something without a guiding pattern that you could really just jump into and see where things could go,” Michael Nau says of the process of recording ‘Michael Nau & The Mighty Thread’. He’s wildly poetic, especially when recounting his dedication to music, and the work that led to this particular collection of delicately passionate songs. “These things became the vehicle by which we traveled, giving us reason to spend most of our lives in a van of uncertainty.”

The sprawling new album was recorded in guitarist Benny Yurco’s one-bedroom apartment in downtown Burlington, Vermont. Nau and his collaborators had a cool little set up going in Yurco’s spot — drums and bass took over the bedroom, the guitar amp in the bathroom, Nau’s vocals and piano in the living room, and a vibraphone in the kitchen. It’s the first time one of Nau’s records happened all in one place, and “it feels most like a band record than ever before”. Nau and this particular group of musicians held it down together as a true team, which is why Nau named the record in their honour. FACEBOOK.

We have already featured 'Less Than Positive' and 'Funny In Real Life' and without hesitation the inclusion of the album track 'When' makes it three songs this year from Michael Nau and The Mighty Thread. It's another refined song, catchy from the opening moments, the bands natural Americana feel is there, along with something of a classic sixties vibe. The video works so well, adding a vintage dimension that complements the musics overall feel. 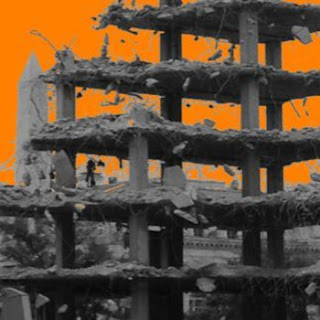 Coming off of 2016’s amped-up, fuzzed-out Searchlights, the 12 track Proto Retro sees Dot Dash taking a poppier, janglier direction but one that retains the punky, garagey energy that has marked the band’s previous releases.

Commencing with 'Unfair Weather' a two minute blast of garage rock, the album 'Proto Retro' does indeed see the trio include some notable jangle pop sensibilities alongside plenty of "play me again" hooks across the album. We featured Dot Dash once before back in January 2017, with a track from each of the five previous albums, having spoken highly of them on that occasion, let's just say that album number six, ups the stakes even further (and some!). 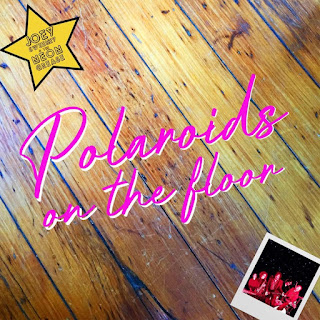 Joey Sweeney & The Neon Grease - Polaroids On The Floor.

Background - The new single Polaroids On The Floor, is another joyfully raucous cut from their new album Catholic School, which is coming out September 7th.

Their new album Catholic School is so steeped in dad-rock influence (and lots of sax) that it’s wearing a Members Only jacket and trying to get a job working for the city. The album’s also a joint release between Burnt Toast Vinyl and The Giving Groove, who will be donating half of ALL profits to Rock To The Future, a 501(c)3 organization that provides music education for Philadelphia’s underserved youth, at no cost to them or their families. Rock to the Future aims to empower individuals and strengthen communities through programs that ignite passion and creativity, support academic achievement, and improve self-esteem... definitely a great cause to get behind!

Joey Sweeney is a Philadelphia-based songwriter who has been writing songs and prose since in the 1980s. His songs and records have received widespread critical acclaim over the years; of his last record with The Trouble With Sweeney, Fishtown Briefcase.

Joey Sweeney’s songwriting draws inspiration from sources as disparate as 1970s Philly nightlife folklore and Denis Johnson’s The Incognito Lounge. In their new songs, chiming guitars, classic rock sax solos and rainy bedroom Velvet Underground listening sessions all blend together. In these songs are little stories of triumph over dirty circumstance and grace under pressure, with the friendship of an urban family “street band” woven throughout. BANDCAMP.

'Polaroids On The Floor' is our second feature for the new album following 'And Soon' back in June. With plenty of passion in the vocals and an upbeat and positive musical backdrop, the song is something of a classic soul, fused with rock and roll epic!