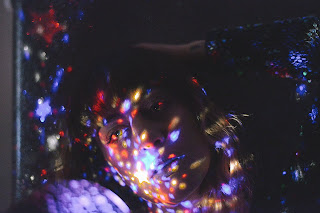 Marshalled by supremely talented frontwoman Camella Agabalyan, the London outfit have already attracted a ton of praise with widespread acclaim throughout the online community and encouraging festival displays at the likes of The Great Escape, Citadel and Wilderness.

“I wanted to write a song about the feeling of addiction whether it’s sugar, love, a drug, whatever your vice is”, Camella stated. “I personally really connect to dreamy, druggy songs like Air, My Bloody Valentine, Beach Fossils, Slowdive, The Jesus & The Mary Chain etc so I wanted to inspire myself from that feeling but also show the darker side of addiction that you might not always get from those types of songs”. TWITTER.

Opening layer by layer with some gorgeous and refined guitar work 'Sugar Rush' builds into a dreamy and powerful rocker, where the vocals softly whisper and charm, adding even more atmosphere. 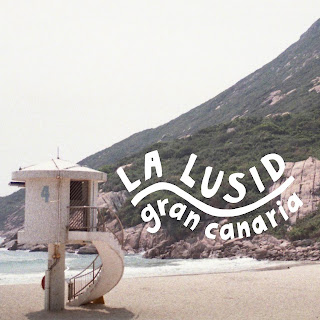 Background - La Lusid, who released a string of glittering singles in 2017, is now starting to approach a long- awaited debut album. The latest release, ”Empty Bones" and "Safe & Sound" quickly became a favorite of the Swedish national radiostation P3 and music blogs around the world. They also made top spot on Spotify Viral and the Student Radio in Sweden.

Warm, melancholic and dynamic, it’s impossible not to get drawn into their dreamy soundscape. With a sound that is reminiscent of what we love most about 60’s and 70’s analogue music, La Lusid presents themselves with high quality songwriting and sublime vocal arrangements.

They move seamlessly between genres and languages, the debut album contains songs in both Swedish and English and is as much introvert as extrovert. The debut album is recorded, mixed and produced by the band themselves, in their studio that they call ” The Ghost House”. With thoughtful, intelligent pop and clever arrangements, La Lusid has made it into the hearts of many.

"Gran Canaria" is the final single before their self-titled debut album drops on the 28th of September. FACEBOOK.

We have already featured 'Empty Bones' and 'Safe & Sound' this year and 'Gran Canaria' is yet another fabulous song from the very talented La Lusid. Once again the melodic hooks, timeless pop sound and beautiful musical presentation make this band totally standout from the crowd. 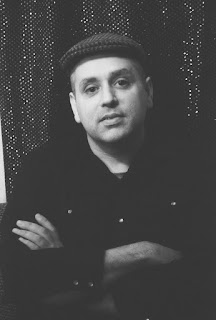 Background -  “Coffin Nails”, is taken from forthcoming record ‘Let Me Out’ due out October 12th on Modern Sky USA / Dirty Water Records. “Coffin Nails” features Sultan’s signature soulful vocals alongside winding harmonica and a toe-tapping guitar line, with full band instrumentation by Sultan himself. Crafted and produced in his own Imperfection Studios deep in the forests of Berlin, ‘Let Me Out’ is a return to form by the rock and roll legend whose adventurous decades-long career in music has never sounded more cohesive.

Deep in the forest outside of Berlin, one of rock ’n’ roll’s most under the radar yet omnipresent figures is putting the finishing touches on his latest solo record, but in fact traces of Mark Sultan can be found around the world. Cosigned by celebrated labels In The Red, Last Gang, Crypt, Fat Possum, Dirtnap, Goner, Sub Pop, Vice, Bomp!, Norton, Sympathy For The Record Industry, and Wick (Daptone Records), you’re bound to have come across something with Sultan’s name on it, where over the course of multiple decades he’s compiled an insane discography built from the strength of multiple albums, side projects and top-shelf solo efforts, always with a strong deposition towards taking classic garage-rock sounds and contorting them in experimental and twisted new ways.

For this most recent effort, written, recorded and produced in his own Personal Imperfection studio in Germany, Sultan once again ups the ante, working to implement a full band and fully fleshed out instrumentation. Still encompassing the ethos of individuality and charisma that has lent him a sound that has transcended any era by which you might try to nail him down, it may be his most cohesive statement yet. FACEBOOK.

Described as 60's Garage Wop (complete with hashtag) 'Coffin ''Nails' actually fits that description superbly. Mark Sultan vocals are just right for this kind of music, his commitment to creativity that revolves around old school garage rock, is more than worthy. He is another talented artist that gives credence to the notion that the best rock and roll is always found under the radar.