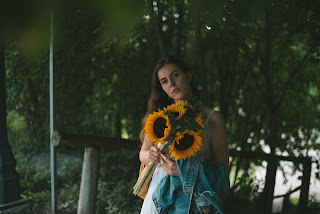 Background from Grizzly Coast - My background as a poet, mixed with my lifelong affinity for playing music, lead me to blending the two mediums on my debut album Gold Lined Path.

My new single, “Zuzu’s Petals,” showcases my expansion into a full-band sound, and my commitment to free-falling even deeper into my lyrics.

“Zuzu’s Petals” is about the feeling of self-assurance – something that struck me on a refreshing upswing that I rode after going through a breakup. Finding simple luxuries in both solitude and community, and really focusing on music were what brought me back home to myself. With the song’s upbeat tempo and lyrics, I aimed to evoke the excitement that you feel when you’re inspired by the boundless possibilities that exist in your future.

This video attempts to capture the growth and joy that solitude can bring, and frames it in a single summer’s day, FACEBOOK.

Grizzly Coast's vocals are quite beguiling as well as beautifully melodic. With 'Zuzu's Petals' we also have intelligent lyrics, a simple and attractive musical backdrop, that when combined together give us a fresh and uplifting song. 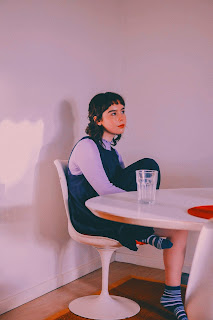 Background - FRITZ takes on teenage heartbreak with the release of dreamy new single 'Summer Holiday' and the announcement of a debut headline tour and appearances at Brisbane's BIGSOUND.

Drenched in 90s VHS hues, the video features FRITZ (Tilly Murphy) and her band mates as indifferent members of the living dead in idyllic, (and normally) happy locations around Newcastle. Directed by FRITZ and Lazy Bones (Bronte Godden), the sinister visual undertones are inspired by FRITZ's admiration for The Cure's knack for seamlessly combining dark and poppy moods.

Lyrically, 'Summer Holiday' touches on incredibly relatable teenage emotions. "it's about losing friends, a boyfriend, and inner confidence, consecutively," says FRITZ. "It’s very over dramatic and naive though, considering I’m only 18 and basically singing about how being dumped by my first boyfriend was the worst thing that has ever happened to me, when really it wasn’t. 'Summer Holiday' is my favourite song I’ve written, or maybe just my favourite riff.”

'Summer Holiday' follows the huge success of FRITZ's 'Biggest Fool In The World', the hilarious video for which premiered on triple j Unearthed. Piquing the attention of taste-makers nationwide it gained multiple spins on triple j and was added to Spotify's Fresh Finds and Chords and Cardigans playlists in its first week.

2018 is clearly heating up for this bubbly dream-pop newcomer whose secret weapon is A+ on-stage banter and an infectious laugh. Following a huge formative live year supporting the likes of Fazerdaze, WAAX, Jess Locke, Cub Sport, Middle Kids, RAAVE TAPES, The Belligerents, Ruby Fields and FRITZ is finally taking her own show on the road.  Following two BIGSOUND showcase parties and a spot on the sold out Yours & Owls festival lineup, the Newcastle native launches her first ever run of headline shows this October at intimate venues across Brisbane, Sydney, Melbourne, Canberra and Wollongong. With so many shows up and down the Coast, there's no excuse for skipping that 'Summer Holiday' this year.

A bright dream pop song with more than a hint of slick indie rock 'Summer Holiday' is as infectious as it is charming. The video images bring out the songs retro vibe, one that gives this track even more character, concert goers down under have yet another sparkling band to enjoy in the coming months.