The Montreals - The Sea Birds 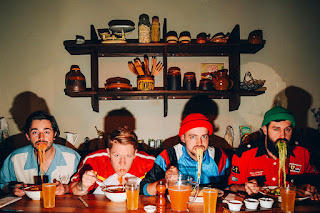 Background - The Montreals’ incorporate sleazy R&B hooks, So-Cal rock, and a dash of disco blended into your favourite smoothie. Their stand-alone singles deadheads and Sardines were positively received nationally and internationally, cartwheeling the line between polished and raucous, with the former attracting multiple radio plays on Triple J (Australia) and KCRW (United States). Y2K, the latest track from The Montreals, is now available.

Collectively, their music has clocked over 800,000 streams on Spotify and been consistently added on coveted international playlists including Fresh Finds and Indie Arrivals. The new single, Y2K marks an exciting shift in direction which will turn heads and break beds :)

Y2K combines bedroom pop with sleazy R&B hooks, and a dash of jazz hands. “It contains a bunch of weird samples (cc: lazers) - it was a G time weaving lots of subtle nick nacks in the track.” Y2K was recorded in a humble home studio in Thebarton, SA. It incorporates shitty GarageBand synthesisers and direct-input guitars with zippy, polished production. It was mixed by Steve Schram (San Cisco, Paul Kelly) & mastered by Studio 301’s Steve Smart (Vance Joy, British India) and we think it is damn wild.

Angus: “This one time at a festival, we asked the sound engineer if we could do a kazoo-based cover of Sandstorm, he said no. We said Y2K (Yes 2 Kazoo)”. Stefan: “Shower thought - what if we all died tomorrow? Y2K is about wasting all ya time when ain’t got much.”

The Montreals’ eclectic style has garnered sold-out support slots with internationally successful acts across a variety of genres, including Duke Dumont, Alpine, North East Party House and Last Dinosaurs. As well as performing at Oh Yes Festival to over 5,000 patrons alongside Pnau, and SAFIA to name a few. Their breadth of audience has allowed the band to develop a devout fanbase which traverses traditional music demographics, nationally and internationally.  FACEBOOK.

We have featured The Montreals a couple of times in the past being impressed by their fresh indie music. 'Y2K' is delightfully quirky as the band venture into new musical territory, mixing their notable bedroom pop sound with more funky and jazzy vibes, doing so in a highly contagious manner. 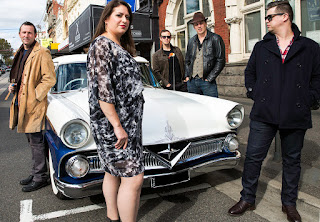 The Sea Birds - The Coastline

Background - The Sea Birds second single from their debut album …blue or grey tells the intimate story of two lovers and a relationship fraying at the edges.

The Coastline’s rhythmic energy drives you to a familiar holiday destination. As the tension builds, the lovers’ emotional baggage unfolds. The chorus brings relief like rain on a stifling humid day. You’re left hopeful and contemplative. Does the couple work out their differences or call it quits after longing for the summer break?

The Coastline is The Sea Birds’ first vinyl release. The B-side features new tune Am I Over It Now available exclusively with the single. The two songs showcase the band’s indie pop rock sound, stunning vocal harmonies and a glimpse into the evolving work of this Melbourne five-piece.

'The Coastline' is our second song feature for The Sea Birds (the last was in November 2017). This time around there is something of a rhythmic indie rock feel, with the vocals and harmonies carrying more of the melody, it's catchy and makes for a fine single from the bands admirable debut album.