March 08, 2019
Julia Rakel's music might be described as lo-fi, however it's also packs a dreamy punch with the layers of gentle sounds and her seductive vocals. We've featured Paige Stark once before as a solo artist, along with several Tashaki Miyaki appearances, and she continues to really impress with her latest offering 'Depression Song'. It's less than a month since we first shared 'The Hours' from Hush Pup, 'Oasis' is a very welcome follow up where their experimental pop is once again blissful and endearing. 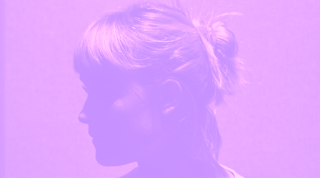 Julia Rakel - You're Not Getting It.

Umeå-via-Malmö Swedish musician and producer Julia Rakel is the latest addition to Stockholm indie label Rama Lama Records' (Melby, Steve Buscemi's Dreamy Eyes, Chez Ali etc.) roster. Debut single PDFILWM was released in January and have since grabbed the attention from influential Swedish media as well as international blogs, calling it a "lo-fi gem", followed by People in February. New single You're Not Getting It is out now and is the third and final look into Julia's peculiar bedroom pop before her six track debut EP on March 15.

Just like previous singles You're Not Getting It is the result of hours of music making in the lonesome bedroom. Julia works at the well-known Malmö studio Tambourine and her credits include sound design and music for the award-winning short film Plankton. With her expertise as a producer she's refined her stripped-down sketches to a daydreaming beautiful soundscape that develops with every listen. This, put together with Julia's individual vocals and often ironic lyrics, create a intimate and memorable sound that there will be plenty more of during the upcoming months.

Debut EP indie fEElz lands on March 15. A six track creation that according to Julia is a try to deal with the very different kinds of relationships we have with each other and ourselves through "a lot of irony, drum machines and way too many choir parts". The tracks treat universal topics such as forced acquaintances, love, desperate attempts to be understood, how we feel about our egos and a sad celebration of friendships. 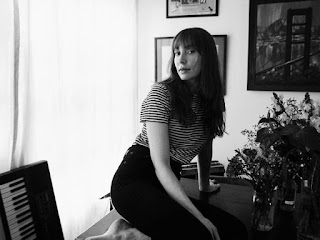 Paige Stark is a songwriter, multi-intstrumentalist, & producer from Los Angeles, California. She has released records with her band Tashaki Miyaki & contributed production to fellow Angelenos L.A. Witch & Cherry Glazzerr as well as her own band, Tashaki Miyaki.

This is her debut solo effort. It was recorded by Grammy winning engineer Cassidy Turbin (Beck) with contributions by Jon Brion.

Inspired by the films 3 Women and Paris Texas, "Oasis" is about a feeling of blurriness. Sometimes the blur feels blissful and sometimes it feels like a loss of identity. Going in and out of this blur, occasionally you find something to cling to, that's the oasis. Sonically the track is inspired by dusty landscapes and Danny Elfman's music in Pee-wee's Big Adventure.

Hush Pup makes experimental pop music that sounds a lot like driving at night through the board game Candy Land, soft cotton candy trees brush up against the windows of your glass car as you ride toward a friend’s cabin nearby the molasses swamp. Forming for a show in 2012, they have since played across Canada, the U.S. & Europe.

Their EP ‘Flower Power’ & LP ‘Panacea’, a romantic film-inspired album, will be released on a double cassette with Lone Hand (lonehand.xyz) in March 2019.