March 10, 2019
'Refine In Fire' by Holly Abraham exudes atmosphere as the acoustic guitar and soft layers of electronic sounds combine to make a sophisticated backdrop for her beautiful vocals. We featured 'Air Runs Out' by The Wild State just over a month ago, and 'Youth' is a contrasting follow up, the bands musicianship is striking and the vocals add real character. John Southworth shares a memorable song where the simple key changes, understated musical arrangement and his personal and tender vocals are just splendid. We have two of the eleven songs that make up 'The Rainy Season' album due out in May, between them they give a good flavour of what to expect within this very fine collection of songs. 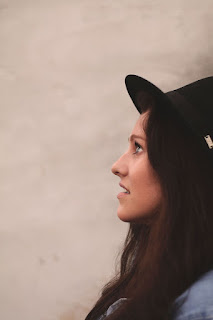 Refined in Fire is the 2nd single and the captivating title track of Holly Abraham’s forthcoming debut EP. Haunting vocals accompanied by melancholic acoustic guitar, and intricate electronic details create an atmospheric track that maintains both vulnerability and power.

Regarding the single, Abraham says: “Refined In Fire is inspired by a difficult season a group of friends and I went through a few years ago. It’s a reminder that though we never desire painful life experiences, they are necessary for growth and change to occur in us as people. Though it can be raw and messy, it is always worth the gold found on the other side - we just have to remember to look for it.

After spending the first half of 2018 on a soul-searching trip to Australia and Cambodia, Holly solidified her ambient sound and developed her identity as a solo artist. Inspired by musicians such as Novo Amor and Of Monsters and Men, Abraham began working closely alongside Norwegian producer and lead singer of indie-pop band Firewoodisland - Stian Vedoy. Together they produced Abraham’s debut single “Shore”, which picked up love from BBC Introducing in the West, Indie playlist-curators like Alex Rainbird Music and Indie Folk Central and have accumulated over 18.000 streams on Spotify in only 3 months. 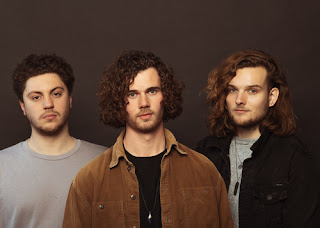 With the release of their powerful debut single 'Air Runs Out' last month, enigmatic new Brighton band The Wild State were instantly earmarked as ones to watch, garnering high praise and comparisons to likes of The War On Drugs and Bon Iver. Today they have shared their follow up track, 'Youth'; a beautiful, melancholic and orchestral ode to juvenescent love.

Speaking about the track, the band's drummer and one of two lead vocalists Oliver Spalding explains "The whole song is viewed from the perspective of someone looking back on their youth, and the intense, desperate and very real love that comes with naivety. Those feelings we experience when reminiscing are rose tinted and dreamlike and that's exactly what we wanted to re create in music".

The Wild State began making music together whilst studying songwriting together at BIMM, and worked in earnest to create their beauteous debut album. From the strength of their initial demos, the band signed a publishing deal with IAMSOUND Music and have now returned from recording their forthcoming debut LP 'Light Along The Waves' in Connecticut, with legendary producer Peter Katis (The National, Interpol, Kurt Vile).

The two singles released thus far are an epic and emotionally rich introduction to the British band, who are already garnering excitement industry wide for their impeccable live show. 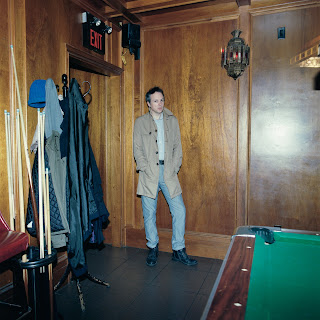 John Southworth - I Loved My Girl.

John Southworth is an archaeologist of love, sifting through relics and artefacts, the compost of this world’s memory, revealing stories that feel caught in slow motion, in mid-air, no beginnings or endings. Everything has always existed in this chaotic present; once distant stars now the altars of Tin Pan-Schubert Alley. Today, the prolific artist shares 'I Loved My Girl', the beautiful first single from his new album, Miracle in the Night.

Out 3rd May on Tin Angel Records (Nicholas Krgovich, Crack Cloud, Trembling Bells), the songs of Miracle in the Night read like a stoic’s recital of an untraceable lieder. Carefully, each is a gradual, unfurling cadence. You may recognise his long-time band ‘The South Seas’ - gentle and steady, calm and restrained, playing just before dawn, a solstice cabaret in a megalithic tower. The endless red curtains from the Lynch dimension rise and fall around you.

Talking about the album, Southworth said: "The songs exist in a kind of inner dimension I like to regularly visit, outside the bubble and the babble. They only really work at night. And only can be really sung in the still of the night. Each a kind of nocturnal prayer. Each containing a little miracle. A little spell. Designed to get you across the almighty swinging bridge, from here to eternity!"

In this world, John Southworth lives in Toronto with his family, teaches the art of song, appears in films and wanders the parks looking for clues. This is his 12th full-length release, arriving on the hooves of 2016’s Small Town Water Tower, which crosshatched a glam-pop ooze into the rigorous comparative mythology of 2014’s epic Niagara. Similarly rich with symbol and folklore and pristine melodies, Miracle in the Night offers us a delicacy of fantasy, focusing our attention into a state of constant revelation, alive in song. 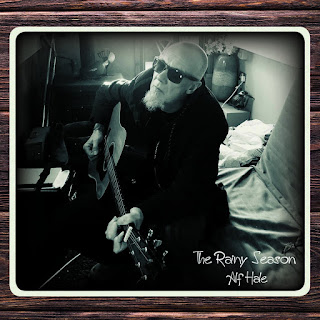 "The Rainy Season" is the second full length album from singer/songwriter Alf Hale which is due for release May 10th.

Having spent almost a decade in the wilderness, Singer / Songwriter Alf Hale had a spectacular return to the music scene with his EP 'Misanthrope' which chronicled his remarkable journey from the depths of alcoholism to his eventual redemption.

This was swiftly followed up by his debut album 'City on a Hill' which saw Alf, accompanied by fiddle player Jade Morris, channel the dark underbelly of Southern American Country, Folk and Blues infused with his unmistakable English charm.

Hoping to build on the success of his first two releases comes "The Rainy Season", which sees Alf yet again take on a new musical direction. Unlike City On a Hill, a more stripped back affair, The Rainy Season saw Alf take to the studio with a full band in tow delivering a fuller, darker sound.