April 24, 2019
'Fixation' from GURU is a formidable punk rocker, the vocals are fierce and not to be left behind, the band are equally forceful. We have already featured a couple of gorgeous songs from Wy's forthcoming album and the final teaser 'Swedish Summer' ups our anticipation even more! We are a little late sharing Kris Kelly's music video for 'Birthplace' but this is such a wonderful song, it simply has to be featured. Cardiff (Wales) based Silent Forum's third single 'Safety In Numbers' is imaginative and not easy to categorise, so we will file under creative post punk, indie something. 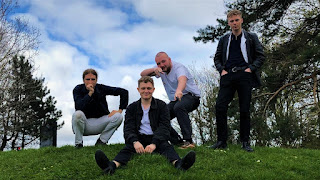 Brighton’s endless production line continues to reinforce their status as one of the UK’s finest indie hotbeds and in punk sensations GURU they’ve certainly found another to add to the growing list.

Bursting out of the blocks with their rollicking third instalment Fixation, the rising quartet demonstrate all the makings of a band ready to make a name for themselves with their raucous live shows, having torn up stages throughout the UK on their recent sold-out tour alongside fellow risers Lady Bird.

Switching out the distortion driven guitars in favour of Dick Dale inspired licks and a clearly discernible chorus, their latest effort possesses an all-round groove, dealing with irreconcilable differences between people as part of a natural human condition, and follows encouraging early comparisons to the likes of Shame and Fat White Family.

Detailing their upcoming release, front man Tommy Cherrill explained: “Lyrically I’ve focused on the irreconcilable nature of some relationships I’ve failed to repair from earlier years of my life. I realised I wasn’t alone in having these botched relationships and so began writing the verses from the third person as an imagined narrator of others who’ve fallen out. Sometimes things just don’t work out and I’m not making a judgement call on whether that’s a good thing or not, we just wanted to write a blood number one for the Billboard Hot 100, ha”! 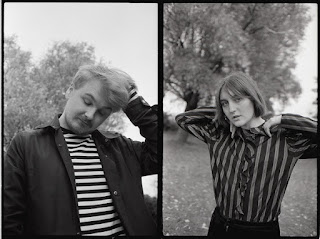 Ahead of the release of their highly anticipated second album 'Softie', Swedish duo Wy have today shared the final taster of the new record; the melodic, captivating and haunting 'Swedish Summer'. The song was the first the band wrote for the LP, which is due for release in one week via Hybris and Beatnik. Accompanied by another stunning video, directed by the band's singer Ebba.

On the meaning behind the song, Ebba explains: "Swedish Summer is about having too high expectations on yourself. It was actually one of the first songs we wrote for the album. We were growing tired of the tempo of our debut album and this track really helped us break away from it and have more fun with our songwriting. The name "Swedish Summer" was just a working title because we wrote it during the summer last year, but we kept it because it fit the sound so well. It's a funny name, because the lyrics are kind of dark."

The band's earnest eleven track sophomore album includes the previously released, BBC 6Music supported singles 'Pavements', 'Softie' and 'Tired II'. It follows their debut LP 'Okay', which became something of an underground sensation and garnered the highest praise with comparisons to Slowdive, Cigarettes After Sex and Mazzy Star. The new record is set to further cement their position as one of the most exciting bands around right now.

The forthcoming album is very much a statement on the turbulence of human existence, written from Ebba's experience of being bipolar. With their clarity in emotion and unapologetic use of lyrics, it's an important record in more ways than one. She explains, "'Softie' is an attempt at proving there is more than one way of being a functioning human being. The album is about coping, growing out of your fears, learning how to distance yourself from your anxieties and the ups and downs that comes with being bipolar. 'Softie' is ultimately about releasing the pressure from yourself and that's what we have been doing in the process of writing these songs. We ended up with a record that was turbulent, back and forth and non-conforming. And we love that, because it feels very 'us' and we really wanted our second album to hit you in the face rather than rock you to sleep." 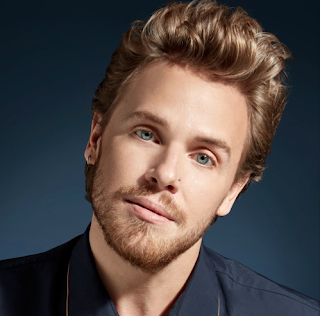 Kris Kelly is pleased to share the song and video for his newest single “Birthplace.” Throughout the song, Kris explores the idea and concept of one’s birthplace, and what that means on a deeper, wider scope, provoking the listener to examine and dissect their own genesis.

The accompanying video, executively produced by the widely-recognized and acclaimed Alma Har’el, and directed by Adi Halfin (Radiohead/Batsheva Dance Company), is a gorgeous counterpart to the track.

“For the ‘Birthplace’ video, I explained to director Adi Halfin what the song meant to me, and she came up with this beautiful concept. The video unfolds like a dream. There is me, the narrator, in a room, away from the outside world, juxtaposed by these different characters on the exterior, each one very different from the other, in different emotional states, relating to their environment in different ways. There is struggle, peace, conflict, harmony. And there is definitely an element of surrealism and there is not a linear storyline or sense of time. It’s a dream. And like in a dream, to me anyway, the characters all represent different pieces of the main character. I ended up relating to each character in my own personal way, and I think the viewer will have their own experience as well,” explains Kris. “Birthplace” will appear on Kris’s new record Runaways, due out Summer 2019. 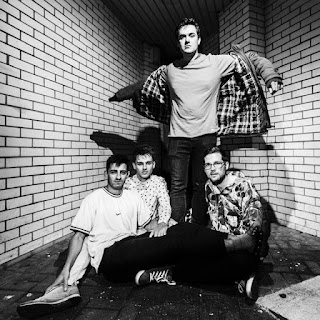 ‘Safety in Numbers’ is the third single released by the Cardiff based Post-Punk / New Wave four piece Silent Forum on Libertino. Following on from the swaggering, off-kilter, infectious pop energy of ‘How I Faked The Moon Landing’ and ‘Robot’, ‘Safety in Numbers’ explores a far more reflective musical landscape. This is a song that “expresses the importance of looking after your friends......that time will forget us, but that our relationships are the most meaningful thing we can achieve in life.”

Yet again Silent Forum delivers a song very much on their terms, a song that resonates with kindness and a musicality that captures your heart.

Performing under the name Silent Forum since late 2015, the four-piece deemed Wales' most promising band blends shadowy Post Punk with uplifting, inspiring New Wave. They move unpredictably from serious and direct to playful and overblown.  Since they signed to Libertino records their sound has taken an ambitious turn, gathering praise for epic singles like 'How I Faked the Moon Landing' and 'Robot'. They have an eagerly awaited debut album set for release later this year.

Destroy//Exist "The sound sophisticated and playful at the same time, certainly reminiscent of the artful progressive pop sound of XTC, the nerve of Wire and the new wave idiosyncrasy of Squeeze and Talking Heads, while maintaining the entirety of the quartet's fervent originality."