April 23, 2019
We have some splendid and totally natural roots music from Zoe and Cloyd, the musicianship is just right and the dual vocals and live feel to the song adds even more character. Sandtimer have just shared 'Dormant' along with a fine video, their indie folk is outstanding and the vocals are wonderful on this addictive song. 'Death In A Field' from Thin Lear (songwriter/producer Matt Longo) is a beautiful piece, where his vocals are just so engaging and the musical arrangement is seemingly pristine. 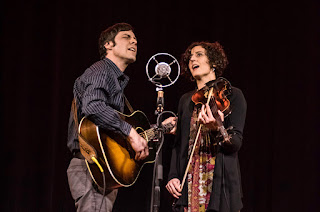 Zoe and Cloyd - Looking Out For You And Me.

Roots duo Zoe & Cloyd have released a video for their latest single, “Looking Out For You And Me,” a song that illustrates today's issues of change and how it affects us. It warns against allowing self-interest and short-term gain to take precedence over the well-being of future generations.

The song was written by Miller, who says, "'Looking Out For You And Me' asks us to look critically at the ones making decisions related to our collective well-being and that of future generations." 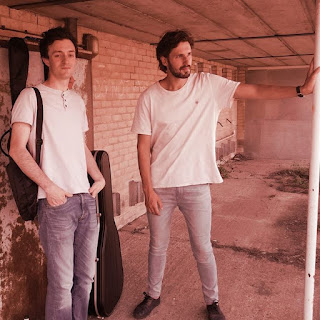 Dormant follows on from a string of laid-back indie folk singles that Sandtimer have published over the last year, but moves into deeper, darker territory with dense percussion, haunting vocals and spiky acoustic guitar.

An indie folk band might be considered an unlikely outfit for Robert Sword, a classically trained pianist, and Simon Thomas, an Oceanography graduate, to end up in. However, these things can happen in unusual ways. Sandtimer create music that often centres around the passage of time, including themes of reflection, escapism and hope.

Their recordings have been featured on a number of national radio shows in the UK, as well as several prominent blogs and playlists. Now operating as a full band, with Rachel Thomas on bass and vocals, and Alex Jackson on percussion, they have performed on the UK acoustic circuit frequently, as well as touring western Canada and northern continental Europe. 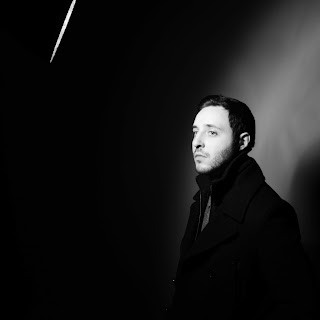 Thin Lear - Death in a Field.

Inspired by the passing of a loved one, Thin Lear’s latest single Death In A Field is a complex story about death and rebirth. As per artist’s words: Initially, I just had the opening line of the song: “I’ll survive as a child/All hungry and wild/Life overwhelming is life at the start.” I just really liked the concept of someone nearing the end of their life, and thinking about being reborn, being a baby again, and looking forward to the tremendousness of experiencing life for the first time. Someone at the end of existence feeling the tug of something new, and terrifying, and potentially beautiful. And then the choruses came out of that. Waking in the morning, or “drowning in an evening of lovely black sky,” indicate a kind of serenity in being swallowed up by eternity, and finding some sort of comfort in that.

When I started writing the song, I had recently watched someone I love pass away in a brief, but organic way, and there were moments in their process of dying that seemed to bring revelations to them. The character in the song is of my own invention though. This character isn’t perfect, and is well aware of that, and is simply being honest about what they’ll miss the most, and what they’re looking forward to. And it isn’t always flattering, but it’s true to the character.

The song aims to connect the listener to a feeling or a memory of something sad or wonderful from years ago, maybe something they haven’t thought about in a while…a person or a moment. Songs I love really do that for me. Sometimes it’s hard for me to know how I’m actually feeling, so music allows me to dig past any confusion, and really uncover pieces of who I am and what brings me emotion. So, yeah, I hope the song opens a heavy door in someone’s mind - Thin Lear.

Thin Lear, the project of Queens-based songwriter/producer Matt Longo, evokes the restless expansiveness of 70’s-era studio obsessives. Pulling influence from the insular worlds of Astral Weeks, Tim Buckley, and Shuggie Otis, Thin Lear finds the middle ground between the spontaneous electricity of a live room and the pristine meticulousness of careful, deliberate production. With sweetly plaintive vocals, often compared to Harry Nilsson and Cat Power, melodies hover over orchestral flourishes, gleamingly processed guitars, and ethereal organs and pedal steel, all backed by the kinetic sway and thump of a jazz combo. Songs careen from ornately warm ballads, to psychedelically-tinged folk, to propulsive grooves, with rushes of color and lush walls of sound.