April 26, 2019
'Reeled' from JYLDA is dreamy, melodic and her vocals are alluring, add in the vibrant beats and the song is indeed extremely catchy. Josh Del is another artist where the vocals are a key ingredient, their natural Americana instinct coming to the fore on 'Rolling Stone' a timeless country piece. Todd Warner Moore has just released 'Love & Change' an album comprising of thirteen songs, where his musical talents explore a variety of genres, and with excellent production this is a fabulous collection of music. Charlie Hole latest song 'All The Roads To Heaven' is just beautiful, the singer/song writer brims with feeling and the melodic hooks do the rest. Expansive, atmospheric and dreamily seductive 'Expectations' by Portland is a mixture of emotion, calmness and power, now there's a combination. 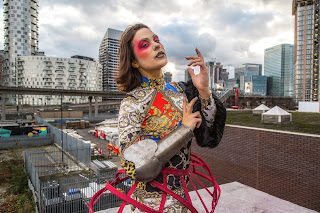 JYLDA's voice finds a playful connection with sensuality and rhythm comparable with Robyn, Jessy Lanza or Little Dragon. It all revolves around the pop song, but with a darkness reminiscent of St. Vincent, Grimes and Lykke Li. JYLDA's operatic roots give her voice a unique captivating siren-like intensity, drawing you into her enchanting world.

JYLDA states: "Twitch gives an insight into different parts of my personality. The songs are like short stories about melancholy, dance, playfulness and sensuality. In all of them I’m looking for the connection between body and mind and the hidden irony of every tale.“

Twitch is the first release from JYLDA since moving to London last year. During that time she's been writing and collaborating with a series of exciting artists including Blakey, Ah!Kosmos, Hugh, Salt Ashes, Pillars and Kirk Spencer, the results of which will be seen in future releases in 2019 following her debut EP coming out. 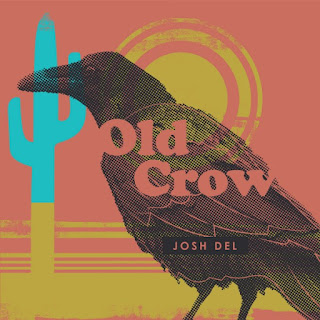 Josh Del is a singer/songwriter from the Coachella Valley. He grew up escaping the desert heat by playing guitar and writing songs in studios.

His gravely voice and bluesy playing have earned him comparisons to some of the greats in Americana history.

Rolling Stone is a stirring, soulful roots-rock ballad built around his dusty vocals, rich keyboards, and an earthy, muscular arrangement.

And in just three minutes, it does the near-impossible: Makes you put Muddy Waters, Bob Dylan, Mick, Keef, Otis Blackwell, The Who and the rest out of your mind for three minutes. Which begs the question: How does it feel, Josh? 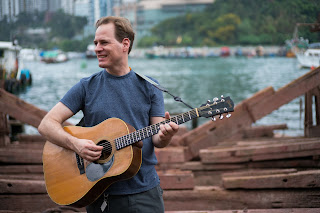 We have a new album from pop/folk singer-songwriter Todd Warner Moore entitled 'Love & Change'. Even though Todd's mainstay is along the lines of acoustic driven songs, he has a knack for capturing different sounds and eras of Americana and Folk music reminiscent of greats such as Bob Dylan, Neil Young and especially the Irish overtones of Van Morrison.  Todd also releases a steady flow of instrumental fare, reaching into ambient and cinematic territory. "Love & Change" is the sound of a perceptive, lyrically gifted artist perfecting his craft.

In the 90s, Todd co-wrote songs and toured with Acoustic Juice through the American Midwest, delivering ery songs to students in college towns. Later, in Budapest, Hungary, he performed solo melodies in tea houses, where his expat band Tea Thieves would come to life. Over several years, the energetic band would release three albums. Before leaving Hungary, he nished his album titled Long Days. Todd has lived on Lamma Island in Hong Kong for the last eight years, where he plays at small festivals and pubs.

Spark was his second full-length album in 2018. Now Todd is back with another full-length release "Love & Change", which finds him further honing his songwriting craft. 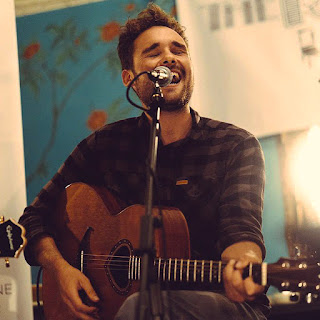 Charlie Hole - All The Roads To Heaven.

Born and raised in the coastal town of Bournemouth, UK, Charlie Hole’s story began when he heard Damien Rice’s ‘O’ at the tender age of 14. From that first listen, his desire to reach the same emotional depths became clear; realising his ability to create emotive and fearless tracks, learning and evolving throughout.

After a chance meeting with the well-respected guitarist and producer, Jim Cregan (Rod Stewart, Katie Melua, Family), the pair began working closely together, with Jim mentoring Charlie and teaching him about the world of songwriting while always pushing him to develop his own style and sound.

Finding comfort in beautifully crafted words over effortless melodies, Charlie Hole is one of the most exciting young singer-songwriters around.

Coined by Rod Stewart as an emerging talent with a gift for writing ‘beautiful songs’, Charlie has always been destined for great things. With a brave and honest voice, tackling relatable subject matters for all audiences, Charlie Hole shares his personal stories of broken dreams and lost love in the pursuit of happiness through his powerful and commanding songwriting.

With inspirations ranging from legends such as Bob Dylan, Leonard Cohen and Tom Waits, Charlie has been writing music and touring his songs across the UK and Europe for over 10 years, playing well over 1000 gigs, and has supported notable artists such as Billy Ocean and Steve Harley. Charlie has also taken his live shows to an intimate level, doing a Living Room Tour of fans houses to only a handful of guests. The tour was close to his heart as he is heavily involved with Sofar Sounds, after bringing the monthly events to his hometown of Bournemouth. 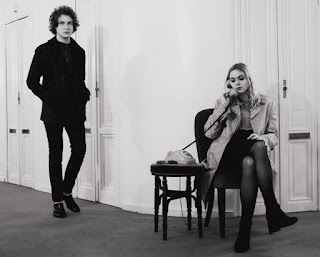 The band’s debut single ‘Pouring Rain’ gained more than a million streams on Spotify, under their own management. Their subtle rework (upon request of Studio Brussel) of alt-J’s ‘Matilda’ gained popularity faster than expected and was released as a successful second single.

Their rise in popularity didn’t go unnoticed and last summer Portland proudly teamed up with [PIAS]. The first result of this partnership was ‘Lucky Clover’, an emotional, dreamy and subtle piece of harmonic prose, whose greatest strength is the harmonies and interaction between front duo Jente Pironet and Sarah Pepels. The single got picked up on radio in Flanders, club shows sold out quickly and an invitation to play this year’s Rock Werchter and Pukkelpop festivals followed.