April 17, 2019
Anna Wiebe provides her personal background for the new song 'Fortune' below. Her vocals are beautifully engaging, the musical backdrop adds power on what is a folk piece plus some fine rock vibes. Jeanines share a vibrant indie pop song with 'Either Way', it's catchy, melodic and has just enough emotional edge to make it really stand out. 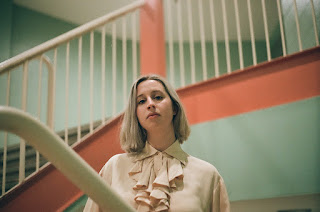 “Fortune” is about trying to break free of a cycle; about growing up and the feelings of frustration that come with that process.

This is the first single I’m sharing off of All I Do Is Move, my second full-length that will be out this coming July. The album focuses on cycles, and the mental growth and movement that comes with life’s lessons.

I wrote “Fortune” at when I was working at Lake O’Hara, and recorded the demo during my first week at the lodge. There was no internet or cell phone service out there, so I had a lot of time to sit with what I had written. It gave me time to process exactly what I was saying to myself with this song, and it feels so great to finally share these musings with the world. 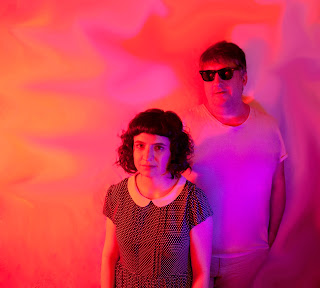 "Winter In The Dark" and a lovely, jaunty cover of The Siddeleys' "Falling Off Of My Feet Again" provide great insight into what Jeanines are about. 60s-meet-80s melodies combine with timeless guitar jangle in a way that recalls everything from The Aislers Set and Saturday Looks Good To Me to more recent DIY pop groups like Parsnip and Chook Race. Album opener "Either Way," "Hits The Bone" and "Where We Go" hearken back to some of the most intriguing bands of the C86/C88 era, when bands like Jesse Garon & The Desperadoes crafted perfect pop gems enlivened by the inspiration of punk.

Gorgeous songs like "Where I Stand," "Too Late" and "In This House" are windows into Alicia's lyrical style and inspiration. She expands: "I'm kind of obsessed with mortality and how weird the passage of time is so I think my lyrics reflect that. I definitely lean into that kind of melancholy state of mind when trying to think of lyrics, while trying to avoid cliches!" The marriage of the minor-key melodies and melancholic lyrics is powerful and make Alicia's songs all the more memorable, especially so on songs like "No Home," with its echoes of girl harmony post-punk groups like Grass Widow and Household.

Clearly, with 16 great songs included, there is a lot at work here on this standout debut album. Jeanines have been compared to such cult pop icons as Dear Nora, Black Tambourine, and more recent acts like Veronica Falls and Girl Ray, but their dark, modal melodies and pensive, philosophical lyrics, along with Smith's versatile but ever-economical musicality, ensure them a place of their own in today's crowded but boisterously healthy DIY pop scene.