April 22, 2019
Talkboy return for a fourth time on Beehive Candy, this time with 'Wasting Time' another gorgeous indie pop (with a touch of rock) song, firing melodic hooks in all directions! We featured Jenn Vix a couple of times in 2017 and she is back with a new E.P '6' of which we can share the video for 'Ride' the first song in the collection and a good indicator of the quality of her highly engaging electro pop. We have two wonderful songs from Nathan & Jessie whose mixing of jazz, folk, country and more is simply incredible, expect up-skilled talent, you won't be disappointed. First featured here in November last year Jacko Hooper is back with a video for 'Sidelines' and for a change we have added some reviews from others, equally impressed by his material and vocal ability. 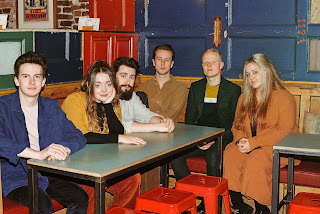 Taking things up a notch with sparkling new anthem Wasting Time, Leeds sextet Talkboy reaffirm their budding status as one of Yorkshire’s most exciting indie prospects ahead of their debut EP release this summer.

Joining forces with Leeds label Come Play With Me and LAB Records, the band’s fourth single features a glittering array of melting harmonies nestled within their trademark euphoric walls of noise, qualities that have already attracted widespread acclaim from the likes of The Line Of Best Fit, Dork and Clash over the last twelve months.

With the underlying influences of contemporaries Alvvays, The Big Moon and Sunflower Bean evident within their own unique style, the fledgling six-piece have so far ticked off supports alongside Our Girl, Another Sky and Bully, with a growing number of festival appearances (Blue Dot, Live At Leeds, Y Not, Long Divison) slated for the summer months where their soaring live reputation strongly comes to the fore.

Speaking ahead of their fourth release, Talkboy revealed: “It’s the catch-22 situation we often tend to find ourselves in – that we should enjoy ourselves as much as we can whilst we’re young, but at the same time, there is an over-riding feeing that you are wasting your time and you have the future to consider. It’s a juxtaposition of coming to terms with added responsibilities whilst trying to make the most of the present”. 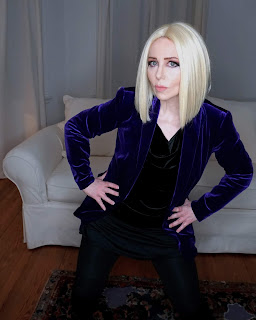 Jenn Vix's brand new EP 6 is due out on May 3rd via Umbrella Music Co.

6 is a really fun journey through the electropop genre, featuring slower and chiller tracks such as “The Mask of Charon," as well as more bombastic dance jams such as “Rover," which is my personal favorite track, it's such a banger. There's also the instrumental closer, "Valentine," which is really unique and helps show how talented Jenn is at producing.

Jenn also has a massive, personal, and complicated yet inspiring life story that I couldn't possibly do justice in this email. She was homeless in NYC from 14-17, shes a domestic violence/sexual assault survivor, she had a near death experience due to emergency rooms denying her care.

These are subjects that Jenn has written about before as well, some of them have even inspired songs on the EP, and they are topics Jenn is hoping to talk about so she can share her experiences and potentially help others going through similar situations. 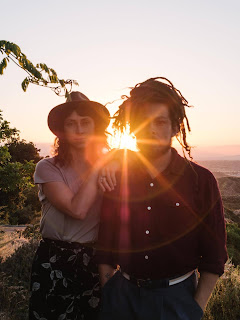 Nathan & Jessie - You're The Star / A History On Lost Art.

The music of SoCal duo Nathan and Jessie is as unique as the two individuals who create it, brimming with eclecticism, spontaneity and timeless charisma. They swing hard and serenade gently, singing fluidly in 3 languages, oscillating from bittersweet jazz folk to country blues without missing a beat.

Nathan & Jessie are chronic world travelers, drawing inspiration from all they’ve encounter on their wayfaring journey. They have played in dive bars around the California desert, in the streets of New Orleans, on the subways of NYC, and listening rooms rooms and performing arts centers across the globe including Mexico City and Paris. Along the way, they’ve picked up awards for ‘Best Blues’ and ‘Best Country’ Song at the Temecula Valley Music Awards, recorded live sessions for Acoustic Guitar Magazine and Nashville’s WMOT Roots Radio, and played alongside folk luminaries like Handmade Moments and Dustbowl Revival.

Their sophomore release, You’re the Star, is the follow-up to their incredibly self-assured 2018 debut, That’ll Never Be Me. Many of the songs on the new LP were crafted late at night while on tour. Tired and cold, often with nowhere to go, fingerpicking and singing to a new city, Nathan & Jessie comforted each other with their music. That warmth and sense of well-being can be felt in the resulting recordings. It’s if Django Reinhardt and Peggy Lee decided to pull their material from the Great American Songbook - it’s chock full of style, yet there is little pretense with these two. They are simply sharing their lives through their music and, fortunately for us, these two individuals lead their lives in a very unique way. 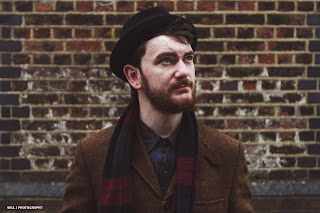 'Sentimental, wistful and touching, Jacko Hooper is a one-man songwriting machine with a painfully beautiful voice that is bound to move even those with the coldest hearts.' - Another Lazy Sunday

'One of our favourite singer-songwriters this year. With a dedicated army of followers around the world and a voice recalling the late Jeff Buckley, we predict huge things for next year... - Source Magazine

"Jacko Hooper is without doubt one of the best artist to feature on Balcony TV to date,his live performance is gripping and intense and his songs stay with you long after the show, catchy melodies and clever chord structures...he is one to watch." - BalconyTV.