May 24, 2019
Fushia are twin sisters Mathilde and Nathalie, there new single 'Gold' matches their description of dreamy poetic pop, in addition I think it fair to say, you can add very catchy.

'Everything And Its Opposite' from Quarry is a feisty indie rocker, with intriguing lyrics and a clever video to match.

Our first taste of Famous was in April with the very impressive 'Jacks House'. Now we have 'Forever' with the striking vocals grabbing my attention immediately, the band adding melody and a steady rhythmic beat. 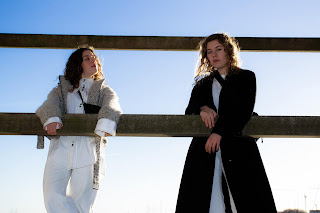 Fushia consists of twin sisters Mathilde & Nathalie. Mathilde lives in Stockholm and Nathalie in London. Together they create a dreamy and poetic pop that can be likened to Lorde, Aurora, Halsey and Sia.

Gold considers that little green-eyed monster inside every single one of us that’s never satisfied. We’ve all heard it, and it’s scary how that voice simply tends to control you more and more once you first start listening to it. We wanted to remind ourselves that life is so much more than what the media - and most of the world around us - tell us. We want to dissociate ourselves from the easy option of just playing along like blindfolded puppets.

Fushia delicately draws you into their dreamy and poetic universe where clear vocals meet quirky and powerful drums. Behind the name is the two Danish identical twin sisters, Nathalie, and Mathilde who, despite having grown up in Denmark, now respectively live in Stockholm and London.In the last two years the sisters have created their new music by sending ideas back and forth over the North Sea via Skype, drawing inspiration from the two cities’ environments and cultures.

The 22-year-old sisters speak up about their relationship with feminism, greed, and hopelessness and reflect on how it is to live in a world where people suffocate in possibilities and where time is the most valuable currency. Having often had this recurrent daydream of wanting to escape society’s pressures and go hide under a rock, along the way the sisters learned that vulnerability can be just as powerful as strength and that they can use their defiance to create art. 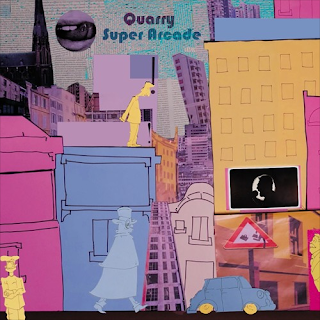 Quarry - Everything And Its Opposite.

Indie-Rock Singer-Songwriter Quarry releases a New Animated Music Video for the second single “Everything And Its Opposite”, taken from the album "Super Arcade", out everywhere via Lowfieye. Quarry portrays the paradoxes of this age through important figures in history, as if they were alive today. They act weird  to adapt themselves to the modern society, doing the opposite of what is expected of them. The directors Vincenzo Campisi and Francesco Quadri created a surreal video with beautiful visuals and illustrations to emphasize the sarcastic mood of “Everything And Its Opposite”.

A warehouse filled with old pinball machines and arcade games where a musician installed a recording studio and threw himself into writing songs and running sound experiments. That’s how "Super Arcade" was conceived. A very special environment to make a very special record. This place inspired the title and set the mood for the new album of the London-based indie-rock singer-songwriter and multi-instrumentalist Vittorio Tolomeo, also known as Quarry now.

“For a musician, a place to make music is a continuous journey in unexplored galaxies, it's freedom, it’s shelter,” explains Quarry. “Making the record in such a strange place was necessary to stop time and detach myself from the unnecessary things of this age. I realized that I wanted to express the value of awkwardness. When I think about the invasion of bloggers of nothingness, talent shows, false myths and ephemeral notoriety, I get comfortable with being out of place and out of time.”

On this album, tracks like "Everything And Its Opposite" and the titular cut create a surreal picture of digital monopolies and their algorithms which influence every aspect of our existence, while "Haters Online" and "Firefighter" target social media and the border between virtual and real. Elsewhere, "Man With The Scars" pays tribute to David Bowie, and the visionary ballad "Sweet Alien On Creamy Skis" celebrates those who still believe in a (real) turning point on the road to peace on the planet. But no matter how heavy or sarcastic a subject is, the music is infectious throughout, combining slashing guitars, distorted bass lines and steady beat with melodic hooks, because Quarry is a firm believer that a right 3-minute song can change someone's life, and you can’t go wrong with an alternative pop-rock confection, if it’s deliciously dirty and punchy. On most of the "Super Arcade" numbers, Quarry played all the instruments, but he’s going to return to the stage to perform with his band in various European venues in the Spring and in America in the Summer. 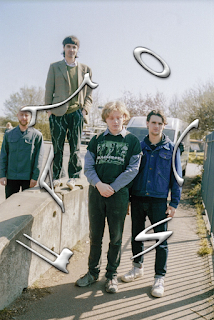 “I wrote Forever about a year ago, whilst reading Goethe’s The Sorrows of Young Werther; a very beautiful but very ridiculous story about unrequited love.  The more I read, the more the story started to resemble a situation in my own life.  So I took the character’s names and, with that anonymity, was able to speak more cuttingly about my experiences.  This is definitely where Famous is going directionally; gushing, slower songs with a big emphasis on lyricism. It’s ultimately quite a conventional love song, if very grandiose. It’s something I’m very proud of”.

Forever develops on a distinctively hyperbolic, mythic re-imagination of urban life which lies at the heart of Famous’ upcoming mini-album ‘England’. Merrett finds it therapeutic; using theatricality and the emotional authority of art to navigate the chaos of anxiety. 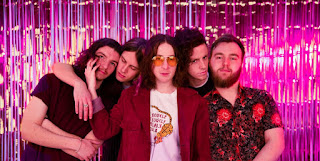 Fast establishing themselves as one of the North East’s finest emerging acts, Teesside quintet Llovers kick off what promises to be an exhilarating summer with the announcement of their debut EP Things That I Don’t Understand, preceded by sparkling lead single Coming Loose, out via Think Tank? Records on 24th May.

Swaggering and infectious in equal measure, the group’s latest release amplifies recent comparisons to the likes of MGMT, Tame Impala and The 1975, mixing infectious indie licks with a dose of psychedelia and arrives ahead of their slot at BBC Radio 1’s Big Weekend alongside Dylan Cartlidge, Slowthai and The Orielles later this month.

Drawing widespread acclaim throughout the online community (NME, DIY, The Line Of Best Fit, Clash, Dork, Wonderland) and across the airwaves (BBC Radio, 1, BBC 6 Music) over the last 18 months with a series of early releases, the band have already demonstrated their buoyant live potential supporting acts including Sundara Karma, Dream Wife and VANT and look set to lay down a real marker as they edge towards the arrival of their debut EP.

Speaking ahead of the release, co-frontman Jack Brooks stated: “Coming Loose deals with the anxieties that can come from being in a relationship, specifically one in which there’s little affection given from a paramour on the surface. It describes these feelings while also establishing which is used as a form of comfort within the narrative of the track”. Produced by Chad Male (Cape Cub), Llovers’ Coming Loose is out 24th May via Think Tank? Records and will be available on all digital platforms.