May 23, 2019
We featured Kluster a couple of times in 2018 and now they return with 'Wild' an imaginative song that is hard to categorise in any one genre, it's creative and engaging nonetheless.

Jamie Lynn Vessels has just shared 'Cloak and Dagger' a brooding rocker that builds with intensity and emotion, her simmering vocals are just right for natural rock songs. 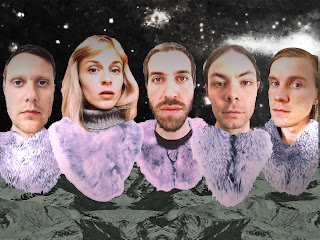 Kluster was founded by four friends and a virtual drummer in Malmö 2014, a real life drummer joined in shortly afterwards and the gang was complete. Since, the quintet has been active on as well the Malmö indie scene as playing shows in Berlin, Copenhagen, Stockholm, supporting acts such as Frankie Cosmos and Nicole Sabouné. Debut album civic was released last summer and Kluster received praise from BBC Radio 6, major swedish music magazines and more.  Since releasing their debut LP the band have become deeply involved within their local scene through running 'Fubbik' - a live music club night for Malmö bands only. Today, the debut is followed by new single Wild, including the bands first music video, out on all platforms via Rama Lama Records.

Wild is yet another glimpse of Kluster's playful sound - a melting pot of broad influences such as pop, punk, noise, lo-fi, indie and jazz. According to the band, "Wild is about the harvest of wild berries, giving you stains that never go away. But also about the longing for the fox that lives alone in the wild. In Chinese culture, the fox can also symbolize a being with magical powers, a messenger from the spirit world or the dead. The song can generally be said to be an ongoing inner trial, with memory images having impact as they appear in the dazzling summer light seen from above.".

The members have a history as academic jazz players, forming Kluster after longing to find a collective process free from strict genre playbooks and narrow-minded academic rules. A process that resulted in Kluster's captivating characteristic dynamic and turning points, alternating from melodious to dissonance, complex to simple. 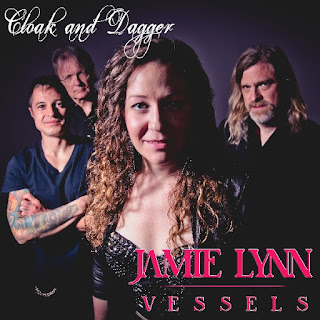 Originally from Raleigh, North Carolina, Jamie graduated with an undergraduate and Master's Degree in Criminal Justice during a stint in the Northeast. Piano, guitar, songwriting - and even a brief foray with the trombone - were never far from her throughout her formative and academic years. Torn between two paths, Jamie's passion for, and calling to, a life of music drove her to find her artistic home in New Orleans.

Several years after making the move to the Crescent City, 2018 and 2019 have seen the formation of an entirely new band and sound, with fresh energy and material.

This shift caught the attention of peers and fans alike, giving the six-foot rock Amazon well-deserved attention in the indie world as a songstress, performer, and vocalist, both abroad and at home.

Likened to Lzzy Hale (Halestorm), Jamie has the rare ability to captivate and enrapture with a combination of her stage presence, lyrical prowess, electrifying rhythms, and a voice both raw and soulfully soothing. It's not just a concert - it's an experience. 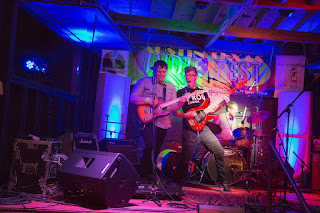 Stop.drop.rewind tell us - "Our latest single, "Floating Stone," is out and already gaining praise for its mature take on our signature sound. It's a slow-burner; the music and lyrics reflect the ups-and-downs and perseverance required for a life in bands. This is personal territory for us- DJ, the guitar player/lyricist, and I taught ourselves to play together and have been making music for almost 20 years".

Stop.drop.rewind is the primary musical outlet for four like-minded individuals currently residing in northwest Indiana who believe that music should be innovative, inclusive, and above all else, shared. After nearly twenty years of education, practice, and cooperative songwriting, stop.drop.rewind has come together to confound those who try to define them, bringing their unique brand of jazz-tinged progressive pop rock to audiences across the Midwest and beyond.

Kris Lohn and DJ Crenson met in 2000 in Baltimore, Maryland when they were both 11 years old. It didn’t take them long after that to get instruments in their hands, as they started their first band together that same year. They spent their formative years taking in everything the blossoming Baltimore scene had to offer, coming up with the likes of All Time Low and You, Me, and Everyone We Know before relocating to northwest Indiana for college. It was there that stop.drop.rewind formally began.

After writing songs and performing around the region throughout college, the group solidified their rhythm section by adding region native Andy Sutton on drums and releasing Polarity, their 2016 EP. The success of this release afforded them the opportunity to begin regular South by Southwest appearances and perform with the likes of Secondhand Serenade, The Spill Canvas, Hawthorne Heights, Red Jumpsuit Apparatus, Soul Asylum, Halifax, and Amber Pacific, and in 2018 they released their first full length album, entitled Element & Aftermath. Shortly thereafter, their lineup was finally completed with the addition of fellow region transplant Matt Alley, who moved to Indiana from South Carolina to pursue his own musical education. This quartet of musicians is determined to share their music with anyone eager to listen, with plenty to love for fans of pop and prog rock alike.