May 06, 2019
Hildur Höglind has shared 'Further Apart' a beautifully crafted electronic song accompanied by her tranquil and melodic vocals. 'Something New' is a gorgeous and refined pop song that just eases into our lives, the band Babe Rainbow share their name with a song by Melanie Safka. Casii Stephan has a new video for her song  'Letters' a feisty and stomping piece that's hard to ignore! 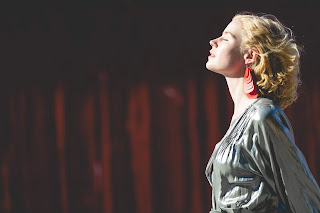 Growing up in a family of musicians in the small village of Johannishus, Sweden, Höglind has gone from gigging in local clubs she was too young to be in at 15, to playing some of the biggest festivals in Sweden. In her new single, her aching, melancholic vocals float over the top of a cavernous backdrop of thunderous bass synths as drum samples tremor and oscillate.

Alt-pop artist Hildur Höglind is releasing new single ‘Further Apart’, taken from upcoming EP Take Off. The record has an affecting and emotional sound, with lyrics that are unafraid to broach heavier subjects such as mental illness and existential dread.

The new track is a tale of lost love. Hildur tells us it’s the story of “two people who are falling out of love with each other but are reluctant to end the relationship because there’s nothing obviously wrong with it.” Her aching, melancholic vocals float over the top of a cavernous backdrop of thunderous bass synths as drum samples tremor and oscillate.

With a lifelong interest in language and writing, it was when she picked up a guitar that Hildur found an outlet for her words. Literature will always have a place in her creative heart however, with last year’s Poems EP featuring musical interpretations of verse by Dylan Thomas and Edgar Allan Poe. 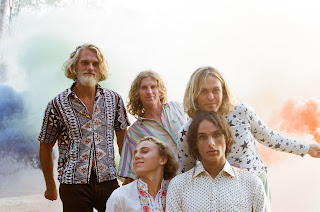 The song uncurls with a star shiner swagger, curiously exploring the bands place in sonic space while permaculturally rooted here on planet Earth.

Lifted from the forthcoming third long player, the band have already announced tours in Australia (May), the USA (June) and Europe (August / September). 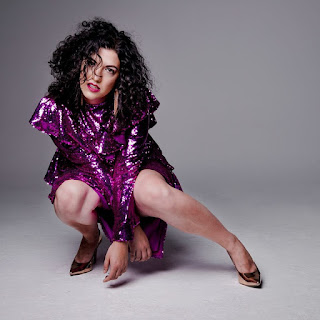 The whole video was filmed in Tulsa and it was done by Tulsans. There's so much amazing talent in Tulsa and I'm so proud to have each person be a part of this video. People in Tulsa really helped us out to make sure this video could be the best version it could and I'm so thankful for each gift.”

Stephan states,  “The star dancer, Dani Davis, is one of the sweetest young women I've ever met, yet when she dances, she's so fierce. I'm so honored that she could be a part of this video. She brought her A-game to each take and faced some of her own fears in the process. "

Stephan moved to Tulsa, Oklahoma in 2014 with the intent to give up her pursuit of a music career.  However, in 2016, she released a single, “I Like The Way,” which won an Independent Music Award for “Best Love Song.” In early 2017, she was named “One of nine Oklahoma musicians to watch” by the Tulsa World Magazine. Stephan also performed at MisFEST (short for Music is She), Tulsa’s first female-driven music festival that she helped found and produce. She was recently featured in American Songwriter Magazine as one of the artists contributing to making Oklahoma “the next big music scene.”

Another single, “GhostShips,” premiered on Atwood Magazine, who raves, “an incredibly dynamic performance that captures an intimate moment of raw, untethered emotion.”  She received a genre nomination in the Pop category from the Hollywood Music in Media Awards and received an Honorable Mention Award by the USA Songwriting Competition. In 2017, she did not disappoint, as her band The Midnight Sun, performed an official SXSW Showcase opening for Hanson. Stephan returned as an official artist in 2019’s SXSW, performing at the Tulsa Music Night Showcase.