May 05, 2019
We have received some fine music through the Microdose single series and 'This Time' from Mirrorball is no exception their dream pop is quite exquisite. Far Caspian return for a fifth time here, the latest song 'Astoria' is once again full of smooth hooks and a fine melodic vibe. The Silver Lake Chorus as you might expect know how to perform a chorus (and some), 'Tabu' is a splendid affair that gives indie music a unique dimension. We have a new video and a recent single from Her Crooked Heart, both are creative pieces and rather addictive. Alt rockers Strangejuice are fascinating, their music is original and just a little quirky, with the lyrics worth a little attention along the way! We finish this selection with South Australia's Corduroy Spaceship and a melodic and extremely catchy indie song 'About Everything'. 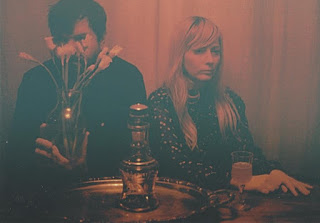 Mirrorball have shared a new video for their single "This Time"; a shimmering sinking light show with a hint of 1980s. "This Time" is part of Dangerbird's Microdose single series.

Mirrorball is the newly-formed project of singer/songwriter Alexandra Johnstone and guitarist Scott Watson. Johnstone and Watson are both fixtures of the Los Angeles underground music scene. The roots of Johnstone’s songwriting inspiration date back to first hearing Leonard Cohen’s Songs from a Room, prompting her to “put poems to music.” She went on to front the band Monster, later known as White Dove, as a vehicle for her more minimalist, folk-woven leanings, garnering comparisons to the music of Low and Cat Power. Watson’s musical history dates back to playing in various groups in Silver Lake’s early 2000s indie rock heyday.

The debut A-Side single “This Time” is a more uptempo post-new wave number imbued with mystery and longing. Johnstone’s words ring out with poignancy over a sea of fluttering keyboard arpeggios, culminating with the almost cautionary phrase “never say this time.” The accompanying B-Side “Natural World” slows things down into a pulsing soup of dark Tropicália and slow motion disco. Johnstone reveals her Cohen-esque poetry influence in her plaintive uttering of the song’s opening line – “Think I’ll live the quiet life, stop living by the knife.” 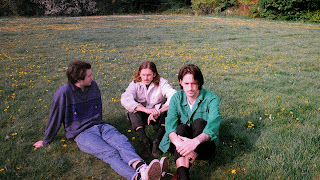 Flitting between insular, emotionally engaging bedroom-pop and moments of festival-ready breathlessness across their iconic hazy sound, Leeds trio Far Caspian’s sonic formula is earning them fans at an exponential rate. New single Astoria epitomises this thrilling contradiction; calm, slowly grooving verses clear the decks for expansive choruses, replete with a timeless synth line. It’s the final preview ahead of imminent sophomore EP The Heights, out June 11th via Dance To The Radio.

Emerging last year with a collection of catchy lo-fi gems on hazy debut EP Between Days, and crafting their self-coined ‘melanjolly’ style to widespread critical praise, the trio’s newest output showcases their trademark sound with fresh commercial overtones and a very intentional 80s production sheen. Blending these two shades on a UK tour in support of the debut EP last month peaked with thrilling, sold-out debut headline shows in London and Manchester.

Discussing their forthcoming single, frontman Joel Johnston states: “’Astoria’ is the song on the EP that kind of sums up the feeling we wanted to put across, embracing the good things in your life when things aren’t so good.

Before we had started writing any of the songs I had already decided that there would be a track with this name. It's a town in Oregon where the Goonies was shot. The Goonies has been my favourite movie since I was no age, and I've always wished I lived in that neighbourhood – this is me trying to emulate what I heard in my head when I pictured the town.

Me and Alessio were lying in the living room hungover when we wrote the chorus for the song. It came from nowhere and we just went with it.” The Silver Lake Chorus is celebrating their Los Angeles roots. Partnering with LA-based artists Van Dyke Parks and Lucius, and producer Luke Top (Fools Gold, Cass Mccombs), TSLC is putting out two new tracks that serve as a delicious follow-up to their critically-acclaimed 2015 debut, which, according to The Wall Street Journal, relied on “the beauty and expressiveness of the voices to make its mark.” The same can be said for Lucius’s “Not Not” and Van Dyke Parks’ “Tabu,” which signal a return to the group’s choral roots after their celebrated 2016 remix album, which earned producer starRo a 2017 Grammy nomination for best remixed recording for “Heavy Star Movin’.”

Upon collaborating with The Silver Lake Chorus for the documentary film Markie in Milwaukee, film composer Morgan Z. Whirledge opined, “The power of multiple human voices, there’s nothing like it. You can use software and you can layer one person over and over again, but there’s just really nothing like getting a bunch of people together in a room. It is what it is and it can’t be replicated.” The Silver Lake Chorus figured this out over nine years ago when they first formed as a Los Angeles-based choir that could also be described as an indie rock band... with twenty lead singers. Their latest recordings are even more stripped down than usual, exposing their raw musicianship and vocal talent rather than slick production value. As TSLC’s music director Mikey Wells puts it, “We wanted the recording process to capture our natural choral sound, to have as few layers between the vocals and the listeners’ ears as possible, so we popped a couple mics in a room and pressed record.” The result: two gorgeous tracks that revel in lush harmonies and playful instrumentation and lay bare the irreplicable power and pleasure of multiple human voices.

In “Not Not,” written for the the chorus by indie pop band Lucius, the chorus opted to follow the songwriters’ lead, singing in perfectly aligned unison, as Lucius’s frontwomen Jess Wolfe and Holly Laessig are known to do, until the harmonies delicately split then build to a powerful and affecting crescendo. The recurrent phrase “none of this means nothing at all” swells alongside soprano Jett Kwong Kelly’s solitary and evocative guzheng accompaniment, and by the song’s end, the lyrics’ double negative implications leave us with a cleansing sense of loss and clarity. 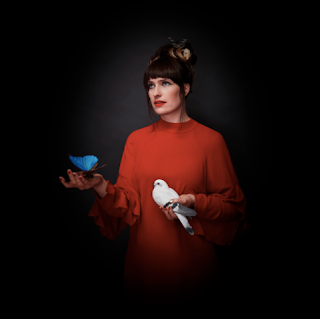 Her Crooked Heart is the new name; the new music of Rachel Ries - multi-instrumentalist, singer, producer, rock & roll choir director, sideman and singer. Her Crooked Heart’s forthcoming album, To Love To Leave To Live (out May 31st) features members of Bon Iver, Shane Leonard and string arrangements by the inimitable Rob Moose. First single Courthouse was recently released followed by the new video for single Windswept released this week.

With To Love To Leave To Live, Minneapolis-based Her Crooked Heart presents a debut record unique in form, made up of cyclical narratives and intertwining histories, each informing the next. The result is a transformative song cycle, led by a charismatic personality, wholly indifferent to expectations of genre and instrumentation. Rachel Ries, the writer, multi-instrumentalist and producer behind Her Crooked Heart, demonstrates immense vulnerability and multifaceted musical craftsmanship to deliver a personal and profound musical soliloquy on love, leaving and the life that follows after burning it all down.

To bring these songs and this record to the stage (and to the UK for the first time with a full band) Ries has enlisted a powerful group of women; women who can, in their way, take on the feminine, humanist mantle of Her Crooked Heart and make it their own: Siri Undlin (Humbird), Adelyn Strei (Adro), Hilary James (We Are The Willows, Bathtub Cig). The quartet blends classical and electric guitar; piano and vintage synths, cello, woodwinds and drum triggers. This merging of acoustic and synthetic sounds is all in service of the voice: four park vocal harmonies that shift from  ether to eat elemental wail, always telling a story of transformation. 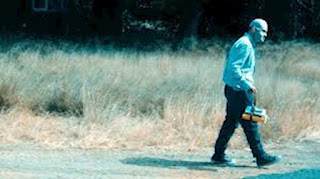 During the writing and creation of this album, nothing was sober, everything was afternoon, and there was a constant background of live chickens. The entire record was conceived and created in roughly two weeks, so nothing had long enough to be overthought, contrived, or to become stale.

Strangejuice is a prolific underground indie outfit who mix absurdist prose with conventional and unconventional musical instruments and artistic approach. With a discography of ten album releases spanning over a decade, StrangeJuice has a small cult following that keep catalogue of StrangeJuice's life's work and purpose here in the universe.

From banjo plucks, screeching birds and  shuffling cards, StrangeJuice records and masters all their work in a secret studio in Perth, Western Australia overlooking the mountains where the alcohol flows as free as the natural rivers. 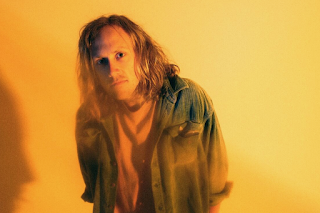 Corduroy Spaceship - About Everything.

Anthemic yet beautifully laidback, highlight track 'Burden' aligns Corduroy Spaceship with contemporaries such as Tame Impala, Pond and Yellow Days. Driven by a choir of twangy guitar chords and a grooving bass tones, lyrically 'Burden' echos the fragile instrumentation with a introspective narrative. "I was in the friend zone for many years and I let loving this girl ruin me. The track is kinda explaining that and talking about how I'd never be her burden, even though she was mine." Corduroy Spaceship explains.

Hailing from Mount Gambier in rural South Australia, Corduroy Spaceship is the brainchild of multi-instrumentalist Torsten Gustavsson, who recorded, mixed, and mastered all instrumentation aside from drums on the EP.