May 03, 2019
From She Rides Tigers we have the debut album 'Scars' to stream in full, the trio deliver a powerful mixture of rock styles with enough pop sensibilities to ensure a mass of musical hooks along the way. Cousin Kula's 'Stacked' sees the psych pop element of the band in full flow, this is an imaginative song where their jazz influences are just nudging away in the musical arrangement. 'In The Blue' from Frankie Lee takes on the subject of ageing and loss and yet adds a tender and quite beautiful feel with this fine song. Lady Nade's fabulous vocals are a perfect fit for soul and jazz, so it's no surprise that 'Drive Home Safely' (a mixture of both genres) is simply wonderful. James Clayton sent us Avalene with a few personal comments, the song did the rest and with pleasure it's shared below. Wovoka Gentle have given us another song from their forthcoming album which includes The Kids Club Kampala Choir, it's our fifth feature for the London trio who just keep on creating great music. 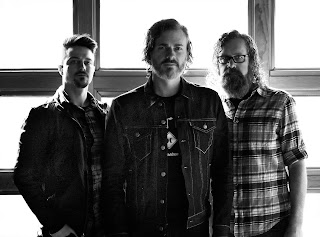 Chicago trio She Rides Tigers have released their debut LP Scars which follows their debut EP, Standing On The Edge, which was released in 2015.

The band is made up of Joe O'Leary - Guitar, Vocals - James Scott - Bass, Vocals and Ryan Birkett - Drums

She Rides Tigers’ single "Roll With It" was featured extensively in the 2015 production of Grand Concourse at Chicago's Steppenwolf Theater Company. The band has also been featured on Fearless Radio, Voclao (via NPR), WGN Radio, New City, Radio One Chicago and Static Multimedia.

She Rides Tigers is a fuzz guitar, riff-laden power trio blurring the lines between psychedelic rock and powerpop. 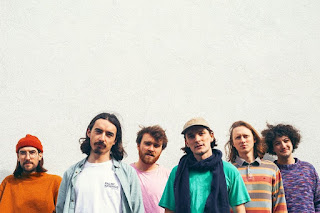 Bristol based outfit Cousin Kula are sharing new single 'Stacked' - the second track to be lifted from their forthcoming second EP, due for release later this year.

Melding psych pop, jazz, and electronic pop to brilliant effect, 'Stacked' was lyrically inspired by singer Elliot's Mum going through a divorce. His band mate, Douglas said: "Although it's a song to his mum post divorce, I hear its message as being quite positive and hopeful, like: 'you've got it all stacked up against you, but I back you to come through it all on top.'"

Opening amidst a canvas of atmospheric electronics, reverb-touched synths, and stunning guitar motifs – 'Stacked' kicks into groove, with Elliot sending a message of encouragement: "It'll be alright / You'll find solutions / Yeah you got it stacked / But it's you you're choosing".

Walking into the Cousin Kula household you’re met by bundles of bicycles in the hallway, friends’ artwork on the walls and instruments everywhere. In the garden a self-made pizza oven and an array of home grown vegetables demonstrate their ambition for self-sufficiency. Cousin Kula are a band with an energy not just about the way they make music, but about their day to day life, which translates to the stage with vigour – turning audiences, into fans, up and down the country.

The 6-piece's undulating, refreshing brand of psych-pop was originally born out of Bristol’s progressive jazz music scene. Bonding over their shared love for an eclectic range of music from pop and psych through to prog, disco & afrobeat; the six members soon found themselves living together and with a rehearsal room in their basement became one of the tightest and most impressive bands on the Bristol circuit, blending these genres into something both modern and refreshing. 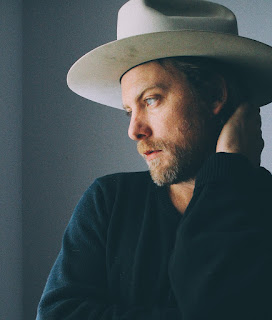 Frankie Lee - In the Blue.

Frankie Lee is sharing the second single from his new album, Stillwater, with the beautifully dark rumination on aging and loss. In The Blue sees Lee taking a soft piano approach to the subject, somehow softening the stark reality that time comes for us all. Lee explains that the song “dramatises the confusion felt by the narrator as he watches the important things in life slip away.

Realising he cannot hold on to even one grain of sand, he is led to his final question whether all things are just a dream.” American Songwriter, who premiered the song, says “In The Blue finds the sweet spot between modern, soulful folk and old-school Western balladry, with Lee’s gentle vocal lending an emotional heft to the track’s understated, piano-forward arrangement.”

The video for In The Blue follows on from that of that of previous single Downtown Lights in using archival footage of Frankie Lee’s hometown of Stillwater, Minnesota from which the album takes its name. The footage was taken from the Washington County Historical Society’s John Runk collection by videographer Paul Creager. 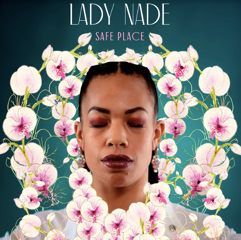 Lady Nade's music has been likened to a rich fusion of musical greats, with comparisons to the soul-bearing velvet tones of Nina Simone with a heady, jazz splash of Jeff Buckley thrown in. Her songs fill your heart with nourishing words and melodies, her tender soulful voice drawing you in.

Nade has collaborated with two familiar musical powerhouses on Safe Place and created with them a bright new world of sonic experiences. Dan Everett has brought his earthy, rootsy folk and Americana to enrich these sonic pastures, and mixing saucier Paul Isaac has conjured new and vibrant soundscapes to support and enhance the album. With Nade at the creative centre, these three chefs stripped down each track to its vocal base and painstakingly built up layers of melody and improvisation to release each song's full potential. 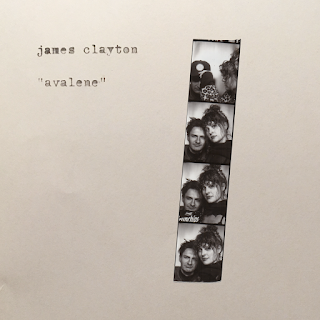 Fuelled by nostalgia, “Avalene” is a psychedelic retelling of a euphoric night shared with your best friend.

“Avalene” is formless in both it’s composition and lyrics. The song always reminds me of a time where I felt more carefree, and I hope you feel the same way while listening.

Determined to capture the essence of a live performance, “Avalene” was recorded off the floor to tape with Peter Woodford at The Bottle Garden (his studio in Montreal) - James Clayton. 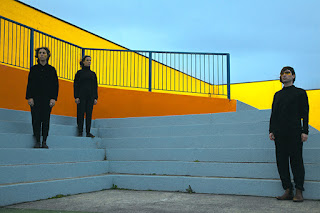 They add: "You could say there’s an atmosphere of celebration in Xerxes ‘19, even though it’s more or less about death. There’s an imagined ecstatic moment of submission before departing a world running election campaigns for tried and tested tyrants, where legends are equal parts seductive and dangerous. The Kids Club Kampala Choir was recorded in Uganda by a friend of ours, originally for the Kids Club Kampala charity. We wanted to create a call and response dynamic between our vocals and their vocals; the conversation flung across continents."

Wovoka Gentle are an experimental three-piece from London, comprised of William J Stokes and twins Imogen and Ellie Mason. Taking its root in folk and Americana songwriting, the Wovoka sound draws upon the psychedelic soundscapes of the late 60s as well as contemporary experimental, pop and collage music; marrying classic instrumentation with sampling, analogue synthesis and sound manipulation.