June 17, 2019
With songs as good as 'Really' it's hardly surprising that mimi bay has already gained considerable attention, her Bedroom Pop is smooth, dreamy and beautifully arranged.

Just four weeks ago we featured Hanna Barakat and the song 'Damage Done'. Swiftly following on from that we have 'Leave Your Light On' a song that really showcases the power and splendour of her vocals, ahead of August's album release entitled 'Siren'. 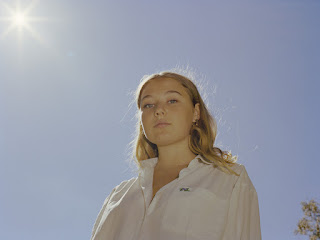 Hailing from Gothenburg, Sweden, 18-year-old Bedroom Pop artist, Mimi Bergman is set for bigger things. From a young age, the self-taught multi-instrumentalist has been surrounded by music, showcasing it best with her deeply personal songwriting and poetic music. Influenced by many artists, mimi taught herself how to play a variety of instruments and at 14 started to write and self-record her own music in her home recording studio, then sharing it on her YouTube channel Hi I’m Mimi which has grown to near a quarter of a million subs.

With the release of ‘really’, mimi bay explores the feeling of unrequited love, the dreamy heartfelt track is set to bring back memories of a past love that you never seem to get over. mimi will send you into a musical daydream with her sweet soft-pop vocals and emotive guitar playing. To best describe her sound, think beabadobee, Girl In Red and boy pablo. mimi’s debut EP is to be released later this year.

After releasing music on YouTube, the songwriter soon started grabbing attention, gaining a huge amount of support and fans along the way. With over 3 million streams on Spotify, her singles ‘Afraid’, ‘Too Late’ and ‘in your neighbours garden’ – her ever-growing YouTube fanbase has secured her at the forefront of the bedroom-pop.

With her keen eye for dreamy aesthetics, mimi bay takes all control of her visual output, creating artwork that fully accompanies her music, assuring a strong and cohesive narrative throughout her work. 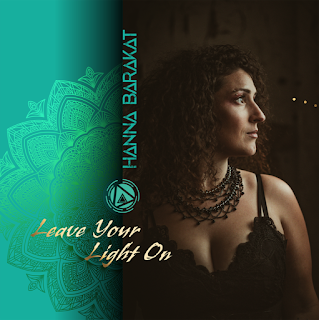 Hanna Barakat - Leave Your Light On.

Austin-based, hard/alternative artist, Hanna Barakat, announces her new single, “Leave Your Light On,” ahead of the upcoming album, Siren, due out August 16, 2019, produced by John Moyer (Disturbed). Born in Texas to an American mother and a Lebanese father, Barakat spent her early years traveling around the world with her family. Barakat pays homage to her roots  on the album.

Barakat states on "Leave Your Light On:"“Society portrays love like a fairy tale, and if the relationship you’re in is not picture perfect, there’s always someone else out there to sweep you off your feet and ride off into the sunset with. Reality tells us that pairing lives with another soul is one of the hardest things two people can do on this earth. Relationships take constant care, devotion, patience, and a hell of a lot of strength. We all go through periods of depression, weakness, physical or psychological traumas, and we need help. We need people in our lives to lift us up and hold us tight while we recover. Leave Your Light On is an honest plea between two lovers to do just that - be strong for one another in tumultuous times - Be each other’s  light - their pillar of strength - and know that it is an ebb and flow - the roles will most certainly be reversed not long down the road. This is what relationships are built on.”

Barakat beautifully describes the inspiration behind the album: “I chose the title, Siren, for my debut record, after John Moyer and I produced our final song together, which happened to be “Siren.” The power of the music and the lyrics filled me with such fire. It motivated me and inspired me to take this next step in my journey with such confidence. Though the song references the mythical sirens of the sea, I loved the idea of a double meaning: an actual siren, warning call, alarm! The songs on this record were written over a span of 10 years. These songs have been my comfort and my therapy, as I’ve journeyed this world, witnessed injustices, engrossed myself in my ancestral culture, grown within myself, literally travelled the globe, loved, lost, failed, loved again, and struggled to reach the place where I am today.

I want to bring awareness to these situations, not by forcing any political agenda, but by pushing for love, understanding, and acceptance of all the other humans walking this earth together. Throughout history, there have been unnatural walls physically erected, or socially accepted and perpetuated, in order to divide people. I want to tear those walls down. All of them. Through my music, with rock guitars, heavy drums, deep rhythmic bass lines, and my intricate vocal melodic lines and punchy harmony stacks, I have chosen to forge arabic instruments like the oud, kanun, frame drum, riqq, into my sonic landscape, where I feel they so naturally and appropriately belong.” 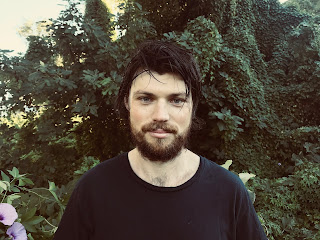 A Lost Forgotten Dream It's waking in a primordial land. It's waking from a dream. A dream of nature and of man - Conjoined twins long separated - both reunited and at war. It's a rolling psych song. It's dark dream pop. It's the undulating, pulsing flow of surreal lyrics over rolling drums and guitars that drive and release like the rise and fall of the ocean.

Time erodes, swallows everything. Monoliths - cultures, cities, ideas… Buildings inevitably crumble. Become irrelevant. In the face of the enormity of time - our own perceived self importance dissolves away - It’s finding a calmness and contentment in this. This microscopic-ness. This irrelevant-ness. These aren’t sombre thoughts though. These are beautiful and freeing. A freedom in anonymity.

Other possible things to take from the title “On/Off”: Living on autopilot in mindless routine like an appliance - with an on/off switch. The Earth reseting itself like an appliance (when it’s not working properly).

The album is a little different to previous stuff. Was definitely more focussed on a theme this time. The obvious difference though, Chloe not singing on the album………unfortunately. That wasn't planned. She was really busy with Uni the last 12 months, so we decided I’d be left on my own for this one. She’ll definitely be back for the next thing though. The album was recorded at my house. My brother Mitch, played most of the Drums. It was mixed and mastered at Bergerk! Studios in Perth.