June 16, 2019
Less than a month since we featured 'Honey' by Thandii they return with 'Tides' where the driving bass line and assortment of sounds blends beautifully with the gorgeous soaring vocals.

Team Me also return for a second time, back in April we shared 'The Future In Your Eyes' and now we have 'Does Anyone Know How To Get To The Heart Of This' a splendid enough song title and equally splendid indie piece the bands knack for creating rousing catchy tunes continues.

We featured Julia Rakel a couple of times back in March and now we have 'Summer Hit' another creative and melodic song where her fabulous vocals and wonderful musical arrangement work wonders. 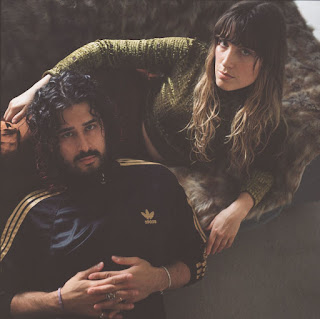 Margate based duo Thandii have released new single ‘Tides’. This will be the final single from upcoming EP ‘Serious Town’, slated for July 5th.

Having gained support for their signature blend of sultry female vocals and upbeat pulsating bass lines on previous singles ‘Company’ and ‘Honey’ Jess and Graham now return with ‘Tides’ where they explore the themes of guilt and how people deal with it. A growing cluster of rhythmic sounds and shuffles, and an ever-present increasing bass line invoke the feeling of being relentlessly chased by guilt. A tribute to Greta Thunberg, the song has a constant nod to her work in raising awareness toward climate change, and uses it as a metaphor for regret. “There’s another heatwave on….” and “I can’t ignore you,” Jess sings with her soaring vocals.

‘Serious Town’, out July 5th on the band's own label Bad Hacker, sees a departure in tonality as well as the way it was recorded from Thandii’s previous works. “For the EP we chose to spend some time in a proper studio, rather than recording at home as we have done before. One of our favourites is a place called ‘Echo Zoo’ down in Eastbourne - it’s an analogue recording haven more akin to the Southern States than the southern coast of the UK.” The duo wrote and produced the EP themselves and took inspiration from the darker side of the psyche. “Imagine if the voice in your head sang at a dystopian disco.” Featuring previous singles ‘Company’ and ‘Honey’ the EP also features 4 new tracks, including upcoming single ‘Tides’.

‘Suits’ is a delicate and floating melody over the stab of reverb bathed synths that laments the aftermath of a fight. It culminates in a distorted guitar solo that perfectly conjures the moment raw passion meets vulnerable emotion. 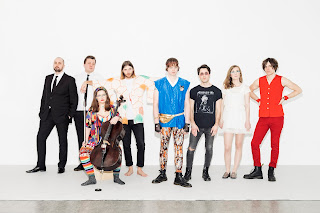 Team Me - Does Anyone Know How To Get To The Heart Of This.

After their euphoric return earlier this year, Team Me present the memorable ‘Does Anyone Know How to Get to the Heart of This’, out now via Propeller Recordings (Highasakite, Dagny, Sløtface, Moddi), the third instalment of their upcoming EP.

Leading man, Marius Drogås Hagen of Team Me tells of the track, “‘DAKHTGTTHOT’ teleports us back into the post-apocalyptic world. A future where our cyborg heroes are fighting a losing battle. A battle for love, lost in a sea of flames”, continuing the harrowing and poignant narrative from it’s predecessor ‘The Future In Your Eyes’.

Capturing the anguish and romantic longing in the sonic soundscape, paired with Marius’ soft vocals, Team Me have taken a gentle and thoughtful approach on ‘Does Anyone Know How to Get to the Heart of This’. The single demonstrates the band’s capacity to create versatile sounds, showcasing their artistry while cementing Team Me’s reputation for manufacturing cinematic indie bangers in all forms.

When speaking of the band’s new chapter, Marius tells “as for the music, I really want to be more focused on documenting this time, rather than releasing an album and touring for three years on a campaign. I want the project to just be a way to let things out of my system.” 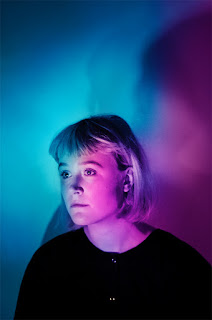 Julia works at the well-known Malmö studio Tambourine and her credits include sound design and music for the award-winning short film Plankton. With her expertise as a producer she's refined her stripped-down sketches to a daydreaming beautiful soundscape that develops with every listen. This, put together with Julia's individual vocals and often ironic lyrics, create a intimate and memorable sound. A sound that has been described as “a laid-back, dreamy, DIY aesthetic provided with some wonderfully candid and vulnerable music”.

Julia Rakel's own words about the single: "Man, I’ve had such a shitty 2019 so far. So frickin’ long and dark. But then April comes along and is really warm and sunny, and I thought. YES. It’s finally going my way. So I took a longer route to work, smelled a flower, all that jazz. The day after I wrote and recorded this little jam! The lyrics are super depressive, but the song is happy! My favorite combination."

Debut EP indie fEElz is six track creation that according to Julia is a try to deal with the very different kinds of relationships we have with each other and ourselves through "a lot of irony, drum machines and way too many choirs parts". The tracks treat universal topics such as forced acquaintances, love, desperate attempts to be understood, how we feel about our egos and sad celebrations of friendships.

“Summer hit” is out now on all platforms via Stockholm independent label Rama Lama Records. Julia Rakel made her live debut in October last year and have since supported Molly Nilsson amongst others, more live dates to be expected. 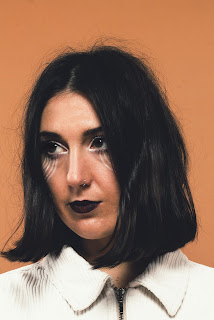 Grace Gillespie follows the infectious 'I'm Your Man' with the off-kilter pop track ‘My Love Surreal’, from her debut EP ‘Pretending’.

It’s South London based Grace’s exploration into solo psych-pop material after touring as part of Pixx’s live line up, supporting names such as Nilüfer Yanya, Cosmo Pyke and Trudy and The Romance.

Diverging from her previous romantic ballad, ‘My Love Surreal’ reveals the playful element of Grace’s sound, with discordant synth patterns that feel like the “cool blue light refracted” she’s singing about. Layered upon an almost-sinister plucky guitar riff and doused in her ethereal, vintage sound, the track is the epitome Grace’s individual pop vision.

Summarising the push-pull feeling of the charm of the track with the unexpectedness of dissonant chords, she describes the track as a “summer dysphoria”. With references to “blue light” and “day-glo”, “everything is vivid, patterned and bright - and yet entirely out of reach.”

Grace wrote the track in the peak of the hot concrete London summer, feeling frustrated, as “the circular synth patterns reflect little repetitive, negative patterns of thought, born out of a sense of isolation, being stuck indoors, being stuck creatively.” Anyone who lives in a big city will understand the confusing feeling of loneliness matched with endless potential.

In the end, the track comes full circle to remind Grace that her “love is real”: “It’s easy to be critical and get stuck in these relentless little cycles of negativity - I suppose the song was me trying to win myself over.”

It's yet another demonstration of Grace Gillespie’s ability to craft captivating pop songs whilst keeping listeners on their toes, a reminder to “get out of your head - it’s beautiful out there!”