July 10, 2019
Back in March when we first featured Izzie Walsh I described her voice as "gorgeous" and her music "vibrant and pleasing". Today's release of 'Clouded Mind' reassures me that I wasn't overstating matters, as she shares another delicious slice of Americana music.

Amsterdam based singer-songwriter and film composer Daan Hofman has shared 'First delight' under the moniker of Phonettes. The song is hard to define, it's synth pop and yet it's also somewhere between Indie folk and pop, whatever it's original and catchy - that will do!

Party Hardly return to Beehive Candy for a fourth time with 'Rats In The Kitchen' another powered up alt rocker where the band lay out their message in a potent and uncompromising manner. 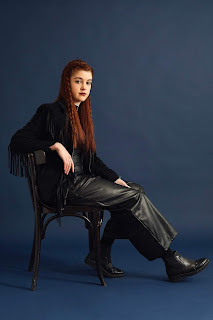 Manchester singer songwriter Izzie Walsh has released her new single Clouded Mind, which is out now via Someone Great/PIAS.

Clouded Mind follows her recent single Sidelined, debut EP The Curse and successful single Take Me Back. With a unique sound that blends country, bluegrass, folk and Americana, Izzie Walsh has built an impressive organic fanbase over the last couple of years. Not only does she have two BCMA Awards and an Indie Week UK award under her belt, Izzie is also a former BBC Introducing Artist of the Week and recently performed on ITV’s Cold Feet.

With honest lyrics and a striking vocal, which are backed by an intricate and rhythmic melody, Clouded Mind is a modern Americana track which builds to an upbeat chorus. The track flits between the feelings of melancholy and hope, which matches the songs meaning of the different emotions and circumstances life can bring. Izzie says;

“This song is a message to say that, whatever your story, you have a chance to clear a ‘clouded’ mind from all the hurt, loss and hardship that life brings. Trust yourself, to know you’ll get stronger."

Izzie has been performing around the world over the last year, including a support slot with Curse of Lono, festival performances at the likes of Dot to Dot and Bluedot and her own sold out headline shows at Manchester’s Deaf Institute and London’s The Slaughtered Lamb. She also runs popular regular open-mic nights at the Bay Horse Tavern and Hatch in Manchester’s Northern Quarter. 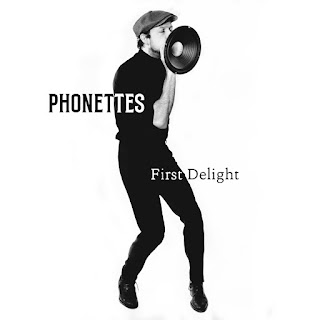 Phonettes is the project around the songs of Amsterdam based singer-songwriter and film composer Daan Hofman.

About two years ago he started writing material from scratch with only an analog synthesizer, two guitars and a computer. He sings, plays all instruments, and wrote and produced all the tracks of the upcoming EP Algorithm Love.

This summer Phonettes is going back in time. New single First Delight is a new-wavish synthpop song, celibrating the spark of youth. On the outer borders of childhood, where we were high on life and restless from everything that was to come. 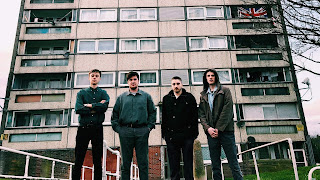 Party Hardly - Rats In The Kitchen.

Feverishly developing their eclectic style with aggressive punk overtones, the jangly rockers continue to impress with their politically charged output, cutting through their hometown’s fierce DIY scene with aplomb and attracting praise from all corners of the online community (The Line Of Best Fit, Clash, DIY, Dork).

“Rats In The Kitchen is a metaphor for the demonization of young people by the older generation”, states frontman Tom Barr. “Throughout history these views have seldom changed, with the irony being that our grandparents would have viewed our parents in exactly the same light. Also, we had rats in our kitchen this one time”.

Having already supported fellow indie risers The Magic Gang and Trudy and the Romance and gained BBC 6 Music airplay (Steve Lamacq), the foursome are primed to continue their ascent with a slew of live dates in the coming months.

Party Hardly’s Rats in the Kitchen is out 11th July and will be available via all digital platforms. 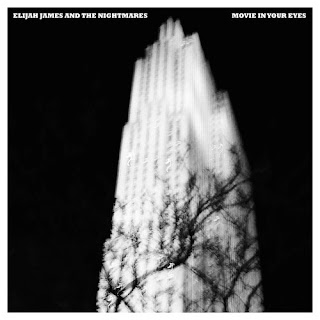 Elijah James And The Nightmares - Movie In Your Eyes.

Elijah James And The Nightmares are an indie/rock band from Liverpool, UK. Drawing influences from Elliott Smith, Joy Division and Pixies, they burst onto the music scene in May 2017. Stepping on stage for the first time together in front of a capacity crowd to headline popular local venue, District and performing at Liverpool Sound City Festival. Since then the band have created a significant buzz around them, playing to large crowds in major cities all over the country and in September 2017 they also released their debut live EP ‘Live From Elevator Studio’.

Movie In Your Eyes is the bands sophomore single release taken from their upcoming debut double album ‘Because I’m A Giant’ which is due for release in September 2019. The single showcases an impressive sonic orchestral composition, comprising of over 15 different acoustic instruments. Combined, these instruments, along with Elijah James’s signature baritone vocal create a magnificent, intense and epic sound.

‘‘Movie In Your Eyes is a song about lost youth and gentrification. Focussing on the building on or demolishing of our favourite teenage hangouts, those places that contain our youthful ghosts and exist in our nostalgic anecdotes. It was inspired by my experiences of watching the old places I frequented as a teenager being knocked down and turned into modern, soulless, more profitable expansions. This single will be promoted alongside a cool, monochrome music video following the same themes of destruction and loss.’’- Elijah James

Movie In Your Eyes will be supported by a brand new music video. The video’s fresh concept features an overriding theme of skyscrapers and demolition. Set in monochrome, it will flick between concepts of brutalism, gentrification, and change supported by various clips of Elijah James And The Nightmares playing the single live. Like the song itself, it is frantic in parts, and smooth, slick and cinematic in others.