July 07, 2019
Harry Heart has released his first UK single 'Montaigne'. Within moments it's clear that Harry has a fine voice however it's the vocal delivery that sets him apart and with a fresh indie rock backdrop, this is a fabulous song.

'Bigger Than Me' from Carrie Scrimgeour is a noteworthy singer-songwriter piece, the vocals are energised and driven, supported by a simple and sturdy musical backdrop. 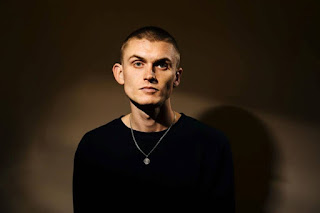 Harry Heart is one of those artists that come along very rarely in a lifetime. A dual resident and native to Sydney, Australia and East London outskirts of Walthamstow respectively. This young troubadour has come of age. Recently invited on his first ever UK headline tour, Harry captivated crowds at a total of 20 shows in just two weeks. The relentless tour-schedule proved to be worthwhile, resulting in BBC airplay and accumulating almost ​half a million streams across Spotify ​and​ Apple Music, driving the 26 year old into a creative frenzy, the fruits of which will fuel a series of upcoming Harry Heart releases in 2019.

The first single to be released since Harry Heart's foray into the UK is Montaigne.

“I learned a lot from [Michel de Montaigne]’s essays” Heart explains. “The concept that really resonated with me was showing all sides of yourself, good and bad. I channelled that idea in this song, honesty’s the best policy, people are over being filtered and refined”.

After releasing the 2018 EP First Endorphin, Harry toured Australia twice, and made his UK debut, while also performing at Australian Music Week and featuring on Apple's Best of the Week: Pop playlist. With the wheels now very much in motion, a new EP is on the horizon.

“Touring always helps improve the tracks before I step back into the studio. Lately the songs come in little waves, similar batches of tracks, so a new EP just made sense.”

Montaigne is the first taste of the forthcoming Hands in the Hive EP, to be released later this year. If the single is anything to go by, fans of the young East Londoner can expect a refreshing dose of sincerity driven directly from the giant voice and finesse guitar playing of Harry Heart. 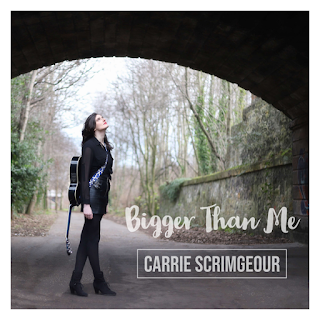 Carrie Scrimgeour - Bigger Than Me.

Carrie Scrimgeour is a singer / songwriter based in Edinburgh, Scotland. Carrie has studied at the Academy of Music and Sound and the MGA Academy of Performing Arts. Carrie and her band have had tracks featured on Jim Gellatly’s New Music Podcast as “a band that’s going places”.

She has played top Scottish venues such as the O2 Academy in Glasgow, The Glasgow ABC and the Oran Mor. She has worked with West End star Kerry Ellis, singing at the Queens Hall in Edinburgh, as well as learning from Rachel Tucker, Adam Garcia and Jonathan Reid Gealt.

Upbeat and inspiring, her energetic, feel-good songs give a distinctly Scottish twist to a playlist that might include A Great Big World, Imagine Dragons and WILD. Her writing, infectious in its optimism, has shades of country rock and folk running through its veins.

“I want to give people something to smile about, and send a positive message about believing in yourself and knowing that, ultimately, everything will be fine.” 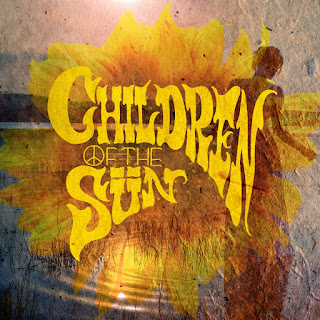 Children of the Sün - Emmy.

The album is set for release the 26th of July on The Sign Records. Mixing blues rock with a warm feel good folk/country vibe, their sound is retro yet fresh. The band debut album holds strong influences from Janis Joplin, Free and Joe Cocker, still the band can be placed somewhere in the same atmosphere as The Allman Brother Band, Jefferson Airplane and Canned Heat. A reincarnation of the 60´s feeling of nature, soul and rock music can be found in Children of the Sün’s debut album.

Flowers holds seven songs playing for 34 minutes. Album cover is done by Maarten Donders  that previously provided artwork for bands as MaidaVale, Graveyard, Blues Pills and Chelsea Wolfe. Children of the Sün hailing from the deep woods of Värmland, Sweden brings both nature and freedom to their album.

The recording was done in ES Music in Karlstad, Sweden. Children of the Sün won the Swedish national music competition Livekarusellen in 2018. In 2019 the band was added to The Sign Records rooster, the label have among other released bands as Hällas, MaidaVale, Heavy Feather and Svartanatt.