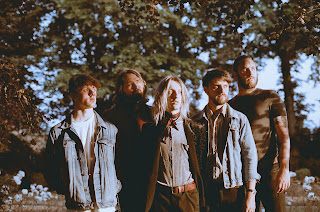 Independent artist “Juliper Sky, will be your new obsession; mark our words.” The Daily Listening "I Love this song!" Cheryl Waters, KEXP “a powerful rock sound packed with pop sensibilities which is unique to them.” Mix It All Up Juliper Sky launched in July 2019 with their debut single Heaven, later followed up by Magnetise. Both singles quickly grabbed the attention of Spotify, who featured the tracks in their own curated playlists.

One of which being the U.K’s no.1 ranked indie playlist ‘The Indie List’. Heaven also gained significant radio play across the Atlantic, receiving the backing of Cheryl Waters from the much-esteemed KEXP in Seattle, who liked the track so much they named it their ‘Song of the Day’. Juliper Sky played their debut headline show in early September working alongside Manchester’s Scruff of the Neck to a sold out crowd. Fresh off the back of a huge response to the first two singles, Juliper Sky present their third offering, Waves, due for release 25/10/2019. Sonically, Waves marks a return to a more classic shoegaze sound, with huge layers of washed out guitars and synths, underpinning a dreamy vocal melody.

In the words of lead singer, Jamie Lambert: “Waves is undeniably a dreamy/shoegaze love song, it’s simply about opening up to somebody without any regard to consequence. The type of innocence where you are too infatuated to care about the world around you, everybody strives for this feeling at some point in their life” Juliper Sky continue their collaboration with producer James Kenosha (Rhodes, Dry The River, Dinosaur Pile Up), who was once again in charge behind the desk. The source materials were recorded in numerous DIY set ups around their home city of Manchester, UK including their own makeshift studio.

Daniel Parker of the band commented how ‘for this one we just wanted to create something huge, a bit wet reverby slap around the face. As soon as we had the basic arrangement of the song down we knew we had something that created a sense of drama and euphoria which played into the themes of love that penetrate through the song’. 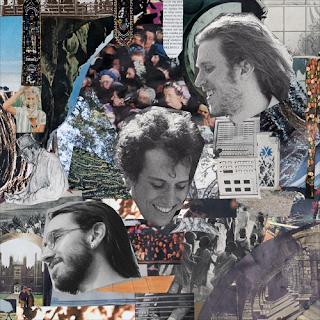 "A Million Sunflowers is the conclusion to our narrative, an epic and melancholy climax that explores the conflicts found in partnerships and relationships: that of codependence, the need for attention and the inherent difficulty of interfacing so deeply with another person.

Do we strike off on our own, returning to the beginning of the narrative, or do we continue into the unknown? As the parting words "I wanted to, I wanted to..." swirl into emptiness, the story floats into 1000 possibilities." 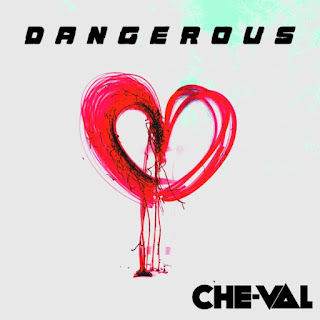 Introducing Che-Val, a unique husband and wife indie music group that blends live orchestration and electronic synths with well-crafted, smash-worthy melodic hooks. Laura Cash is the sultry and striking singer, songwriter, lyricist and science professor (yes, really); hence the Wonder Woman of this dynamic duo. Kenny Cash, the musical genius behind the group, is the Bruce Wayne: producer, multi-instrumentalist, composer, Berklee scholar, and recording engineer. Together, they form a powerful songwriting/production team of undeniable fun and a pop sensation in the making.

Che-Val’s debut single “My Beat" was released in August 2014 and reached number #55 on the Mediabase Radio "Top 40" Activator chart. A self-produced, retro-inspired green-screen animation video for "My Beat" hit 25K+ views on Vevo and YouTube. Che-val's latest 2 singles "Beg," and "Dangerous" are both of the darker more sinister variety. Both singles have been featured on the USA's networks television show, "Temptation Island."

This dark and moody alt pop song with electronic elements is newly featured on USA Network's Temptation Island in both season 1 (S1E6) and season 2 (S2E2). "Dangerous" is produced by Kenny Cash at the Factory Underground in Norwalk, CT. 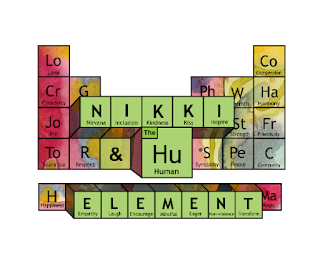 Nikki and the Human Element - Don't Mess Around With My Boy.

Elemental is an eclectic collection of musical styles and themes. " The band has been likened to Heart, Janis Joplin and Led Zepplin".

Nikki Neretin, MD (lead singer, guitarist and creator) is the Director of Homeless Services for the Institute for Family Health a large not for profit in NYC.  A professional singer, she works as a doctor because of her love of people and to pay the bills. Nikki has fronted numerous bands including the popular Pretenders tribute band "Nikki and the Tatooed Love Boys" and her previous original rock band "Dysorderlies"

Her work with street homeless clients for the last 20 years has helped to create the meaningful backdrop of this influential and important music.  Nikki uses her vast experiences with medicine, music, motherhood and marriage, with commitment to social activism towards a compassionate and sustainable world.  She can talk on many subjects including fronting bands, nutrition and medicine, parenthood, music, aging women rockers, veganism, animal liberation, sustainability, and many more. 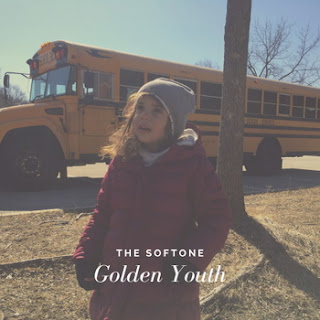 The Softone - Alone and Weird.

Golden Youth is the fourth album for The Softone, and is for sure the more similar to his first album “These Days Are Blue”, released back in 2008, that was mixed by Adam Selzer (Norfolk & Western) at Type Foundry Studio in Portland.

As completing a circle Giovanni Vicinanza, the man behind the project, found shelter and inspiration in chamber pop compositions, with an improved songwriting and sophisticated arrangements, involving strings and sax.

Golden Youth is an intimate and deeply felt collection of songs, born out of loss and birth, out of sadness and joy. Music as a private space, to elaborate and transform life's turmoil into beauty, standing between the sea and the shade of Napoli's vulcano Vesuvio, that overlooks Giovanni's Lavalab Recording Studio.

At the end of the songwriting process, Vicinanza moved to Milwaukee, in the States, to give the final touches and mix the tracks.

Golden Youth is an album featuring the pop elegance of modern classic composers as Neil Hannon (Divine Comedy) and Richard Hawley, the dark spirituality of Matt Johnson's The The, but also dreamy arrangements reminiscent of 70's works of Jean Michel Jarre. 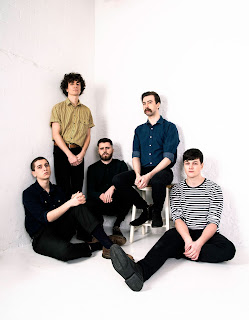 Partnering up with esteemed producer Theo Verney (FUR, Egyptian Blue), Tonight sees the quintet double down on their ‘80s influences with a fresh and decisive step away from the brightness of previous release ‘Renting Spaces In My World’ into a more introspective and sombre tone, adorned with Tubeway Army-esque synthesiser and a vocal drawl reminiscent of New Order.

Discussing their newest effort, frontman Nick Tompkins stated: “This song aims to shed a light on the contagious quality of apathy in society, and how we favour small distractions in order to avoid confronting some of our toughest challenges. We’re seeing this constantly in the way the world deals with the climate crisis, where it only seems to be an urgent issue to those willing to make sacrifices while others are happy living in denial”.

With widespread tastemaker approval throughout the UK press (DIY, The Line Of Best Fit, Clash, Dork, Gigwise, So Young) and spins across the BBC Radio 1 (Huw Stephens, Abbie McCarthy) and 6 Music (Tom Robinson) airwaves, the indie newcomers are certainly making quite the early impression, with further new material ready to drop early 2020. 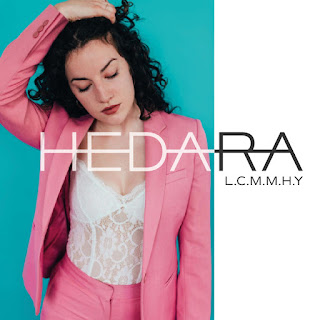 Hedara - Love Can Make Me Hate You.

London-based singer-songwriter and one of this year’s most exciting new talents Hedara, returns with a spine-tingling piece of alt-pop songwriting. ‘Love Can Make Me Hate You’ perfectly combines Hedara’s undeniable songwriting talent, with a hazy, ethereal production.

Pursuing her passion for music from a young age, Hedara graduated from London's famous BRIT School alongside Freya Ridings and others. She was enjoying a lively start to her music career, performing a number of key shows and festivals, before a near death experience, falling into a diabetic coma caused her to re-assess and re-evaluate her outlook.

Slowly finding her way back into music, she began working with different songwriters and producers before finding a connection with Carey Willetts (Dua Lipa, Freya Ridings, Dermot Kennedy). Together they co-wrote and produced 8 tracks, 3 of which now form the EP Slow. Scarlet soon sent her music to industry friend Tom Speight, who loved her sound and invited Scarlet to join him on his UK tour.

The new single ‘Love Can Make Me Hate You’, comes ahead of her London show at Bush Hall supporting Tom Speight. It’s a track that’s rich in emotion, feeling like a very honest piece of songwriting from Hedara. It’s a lucid, alt-pop production that ebbs and flows around a subtle piano part. On the new track she states:

being in a relationship can be testing, no matter what. loads of curve balls will be thrown in along the way, and it's all about finding that someone who makes all the trials and tribulations worth it. You know you're going to go through all the highs and lows, the arguments, the tears, the happiness - and being willing for them to happen because this is the person thats worth it"