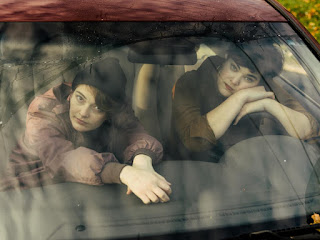 Adult Mom released a new song entitled “Berlin” this week and are about to kick off a lengthy tour with Palehound. “With the inclusion of keys, soft acoustic work, and Knipe’s tender vocals, one can practically feel the emotional height of their heart grappling with this loss.” says the Grey Estates about the new single.

“‘Berlin’ is a song that took over a year to write. It’s about processing the loss of an important friendship without knowing the exact cause of the loss.” says Stevie Knipe (they / them), adding “Through loss, there are moments recalled, like meeting for the first time, the moment you got close with that person, singing “hole” in dorm rooms, drinking beer in a bathroom, and of course, the complete paralyzation that comes with loss. It’s about being in between healed and not, and trying my best to calculate the reasons why she left.”

Adult Mom began as the solo project of Stevie Knipe in a Purchase College dorm room in 2012. Adult Mom now falls between the playful spectrum of solo project and collaborative band with beloved friends and musicians Olivia Battell and Allegra Eidinger. Through reflections and explorations of the personal and hidden, the crux of the writing produced by Knipe is focused on excavation. 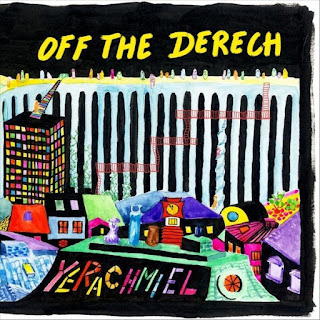 Yerachmiel - Vision Of You.

Message from Yerachmiel - Since the launch of the new album OFF THE DERECH, we have seen some exciting developments. Over 15 radio stations In Israel and America have played singles of varying genres. We made it to some Indie, Rock, Folk and Reggae stations. In the last 2 weeks we have gotten over 10k streams on Spotify.

Yerachmiel was featured in a great write up in the JOL. There's lots of other exciting news such as our campaign of FB and Insta showcasing fans and collaborators around the world with the album and choosing their favorite song.

The most import piece of news for you today is that we have a simple yet sweet new music video for the song Vision Of You. 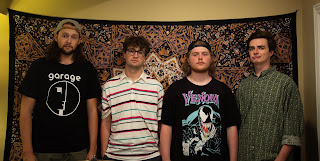 oh!no?ok. is comprised of high school friends Ryan Osborn, Cole Miller, Jackson Ludlow, and local guitarist Nick Storey. The band is a year old, and has been working closely with locally-renowned producer Nate Pyfer (The Moth & the Flame, Kaskade, Sego). Lead vocalist Ryan and Nate laid the groundwork for the band’s music, though each member brings his unique flair, making the process a cohesive collaboration. They play the kind of music you’d hear blasting forth from a suburban garage in the height of the alt-rock boom of the 1990s but they update this scruffy aesthetic with sleek but-not-too-polished production and a dose of raw skate punk. Their songs feature cleverly abstract lyrics, bold musical dynamics, experimental textures, adventurous arrangements, and sharp pop-rock hooks. This melding of tuneful and arty conjures an array of classic and current alt-rock innovators such as Weezer, Pavement, The Presidents of the United States, Butthole Surfers, and Spoon, FIDLAR, Car Seat Headrest, and PUP.

The quartet is the local scene buzz band, playing packed shows regionally and earning accolades from key scene tastemakers. Underneath their playful veneer and intriguing wordplay, oh!no?ok. tuck in themes and narratives that illustrate society’s vices, cynicism, and the lies that we tell ourselves to avoid confronting our insecurities and depression. Ryan says: “Our music is, in part, a commentary on issues humans have struggled with as long as we’ve been around. Issues such as entitlement, pride, drug abuse, video game addiction, online persona management, and idolization. The primary theme is how we often take the first step in recognizing that we struggle with these issues, but we lack the motivation to actually fix our problems. This results in us being hyper aware of our flaws but feeling powerless to improve ourselves. Our ultimate goal is to share our message and passions with the masses.”

The band’s forthcoming debut randy warhole (or somethin) is a bold release that’s as catchy as it is playfully confounding. Throughout the 12 tracks, the band twists through shambolic indie rock, pent-up punk rock, art-damaged alt-rock, and synth-y 1980s new wave. Each sonic fishtail is hook heavy, and the band effortlessly finds a way to balance the downright strange with the sing-able. 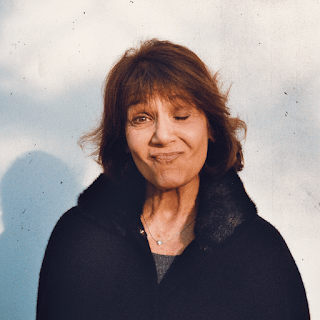 Heady melody and underlined metronome sound, Biche once again rightly shows the perfection of each of their songs:

"With Discipline we tried to transcribe an idea of strong repetition, implying that to perfect 'your gesture' you must keep repeating" Alexis Fugain.