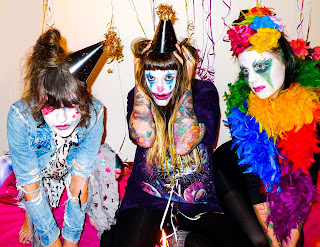 Four years after their debut album ”Cradle of Snake” was released Snake is now back with the new single ”Falling”. The single consists of four brilliant and explosive minutes characterized by what happens when Tess De La Cour, Madeleine Frankie and Mia Maria Johansson play together in a room.

With strong vocals, screaming guitar and and a steady beat this single is the first glimpse of the new album  recorded with Stefan Brändström in the Dustward Studio, which will be released in the fall of 2020.

"We’ve worked really hard on the songs for this album. We’ve experimented with the dynamics of the songs and have found out what we are really good at.

The last record we did, we did really fast and there was not much time for reflection. It turned out well, it’s not that, it’s just that this time we’ve really taken our time. There is a more elaborate feeling." 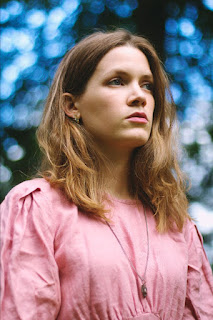 The way that the vocals have been laid over melancholic piano and trumpet on Scottish artist Dawn Coulshed's brilliant new single Same Side creates a haunting sound that has already led to comparisons with Elder Island, Maggie Rogers and Daughter.

Since relocating to London, Dawn has toured with the Roundhouse Choir, performing with Jamie Cullum at the Proms and collaborated with folk singer Sam Lee. She has played everywhere from Lovebox Festival to the Royal Albert Hall, and as far afield as Live at Heart in Sweden.

Inspired partly by the music of Laura Marling and Thom Yorke, Dawn explains that Same Side shines a light on tragic human conflicts:

"Same Side came about after personally witnessing how people can lie and clash with each other, without realising that often they're fighting for the same thing. That's what we do as humans. We argue and fight, but ultimately, we all want the same things in life. With what's been going on at the moment, especially in politics, this song feels more relevant than ever.” 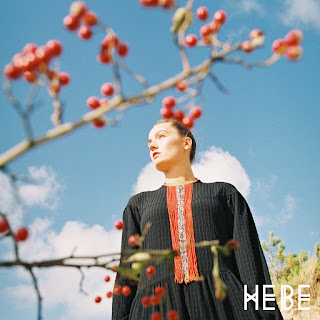 HEBE - Out Of Sight.

Amsterdam riser HEBE shows her vulnerabilities with ‘Out of Sight’, a new slice of organic soul-influenced electronic-pop, out now as an independent release via Kartel.

Lifted from her forthcoming debut album, ‘Cards On The Table’, planned for release in late 2020, ‘Out of Sight’ is “an open question about love and if it can survive long distances”, HEBE says about the song. Inspired by the long-distance relationship with her boyfriend, the lyrics perfectly capture the fear of uncertainty that comes with physical separation.

“I regularly travel between The Netherlands and Uganda to visit my boyfriend who lives in Kampala. Before we started this adventure, all these questions and insecurities came over me. I was afraid to express my thoughts, fears and expectations, so I wrote down all I wanted to say and that became ‘Out of Sight'”.

Hailing from Amsterdam, the talented artist has been collaborating with some of the Netherlands’ finest musicians, including award-winning producer/mixer Huub Reijnders, drummer Martijn Bosman, pianist and vocalist Ruben Hein, who all contributed to the harmonious contrast of warm, catchy vocals set to pulsating electro-pop drums and synths of her upcoming album. 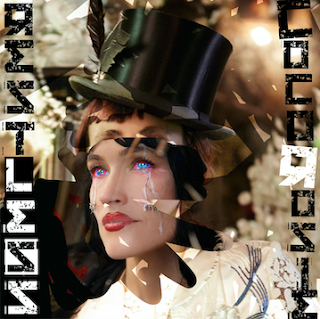 CocoRosie’s music has influenced a wide variety of artists - from Chance the Rapper collaborating with them on his last album, to Melanie Martinez stating the sisters are a major inspiration, as well as Jay Rock on “Knock It Off” and Macklemore/Ryan Lewis on “Stay at Home Dad” sampling their music and respected artists like Yoko Ono and Jim Jarmusch praising the sisters. 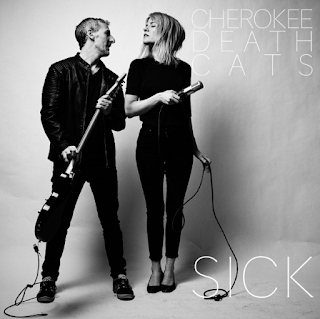 The Anglo / Swedish duo of Bea Persson and Rat Westlake have earlier played together in post-punk, alternative and garage bands and started CDC together in December 2017 to take the sound further. They work out of Gothenburg, Sweden, in their studio in town and their work space in the woods.

After a flurry of dynamic studio sessions and performances at underground clubs, CDC released their debut EP "No No No" in April 2019, and signed with US publishers and media company Position Music shortly after. Hot on the heels of that release, the follow up EP "Sick" was released in November.

Both EPs were recorded at Gothenburg’s Nacksving studios; mixed and produced by Swedish producer Anders Lagerfors. The band are currently working on new material for a third release later this year. 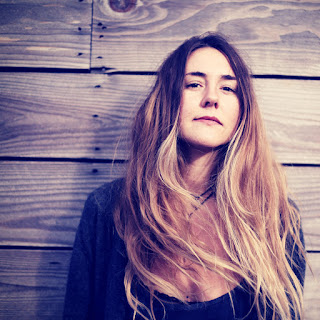 EllaHarp - Screaming Into The Void.

We're very pleased to introduce a compelling young San Francisco Bay based folk/pop artist whose songs and lyrics loom large. EllaHarp, solo moniker of singer songwriter Ella Dawn Jenkins, writes powerful, universal stories that prove the harp may just be mightier than the sword. Everything about EllaHarp speaks to a strong sense of self-reliance, from her original writing to her self-production to even designing her own harp, clothing and jewelry.

From the artist: 'Screaming Into The Void' was written in a moment of frustration about releasing music in the digital age. In many ways it's easier than ever to make a splash, but amidst the overwhelming quantity of music coming out on any given day it can feel a lot like you're making literally no difference whatsoever.