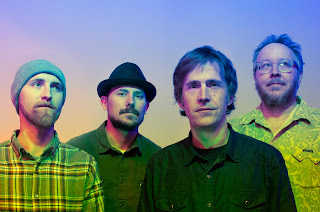 Oregon-based AM Clouds craft adventurous roosty indie rock that traverses both the internal and external landscapes of human experience. Their hometown of Bend offers extreme climate changes and expansive beauty, prompting them to coin the term ‘high desert rock.’ Even their name, AM Clouds, was derived from a phrase that was constantly broadcast across the Oregon weather forecast.

Meshing classic and alternative, the band connects the dots between several eras of rock music, from angular indie to psychedelic noise jams, equal parts Neil Young and Meat Puppets, Tom Petty and Uncle Tupelo. Their debut EP, War of Love, was released in 2017, and was welcomed with open arms by local press, picking up heavy rotation on KPOV and KRFM. “We’re located in a rugged, remote place, where culture has a tendency to be overshadowed by nature,” Moon relates. “I think people really connect to hearing their majestic surroundings captured musically with a bit of cinematic flair.”

Their forthcoming LP, Rainmaker, was tracked at the Firing Room in Bend, Oregon with engineer Dayne Wood and mixed by Portland producer Jeff Stuart Saltzman (The Black Keys, Death Cab for Cutie). The album is due to drop February14th. 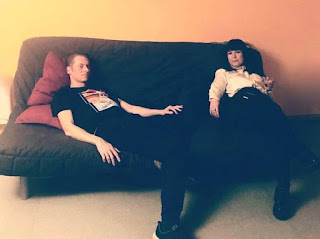 With the release of electronic duo AyOwA’s new single First Frost on January 31, 2020, it marks the band's first release in English. The single proceeds the coming debut album Amoeba (September 2020).

Since the beginning, the duo has been synonymous with evocative electronic compositions, consisting of Hannah Schneider's spheric vocals and Nicolai Kornerup's significant synth productions. After extensive touring around Europe, the new music has come to life, passing frosty country roads, dark lakes and broken hearts. With First Frost they channel their mutual love of subtle dark pop songs and electronic soundscapes.

The song First Frost is about a couple who has experienced their whole life, and towards the end sets out in the first winter frost to disappear together. It is the sound of a lasting pact, of infinite love and strength. A sound of crackling snow under your feet, and of clarity of the heart.

In September 2018, the duo released their 2nd EP Farvel - a powerful selection of songs about light and dark, break ups and new life. In the autumn of ’18, AyOwA supported Faroese artist Eivør on her European tour. With 14 shows in Poland, Germany, Switzerland, Austria, France, Bulgaria and UK and two more showcases in London in Aug. 2018 on a Notting Hill Arts Club, the duo has expanded its audience beyond the country's borders. 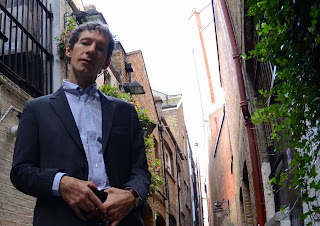 Howie Payne has just released a new single ‘Into Daylight’, the first blast of new music from the former Stands frontman since 2017’s critically praised solo album release, ‘Mountain’. The track arrives just ahead of a sold-out London headline from Payne coming up on February 5, 2020 at the Old Queen’s Head, with further full band shows for 2020 to be announced shortly.

Shifting up through the gears from the blissfully understated songwriting which characterised much of both ‘Mountain’ and Payne’s Ethan Johns-produced 2009 debut, ‘Bright Light Ballads’, the clattering ‘Into Daylight’ buzzes along atop the attack & recoil of darting electric guitar lines (with all instruments on the recording played solely by Payne). Speaking about the lean, self-produced and self-mixed track - which zips by in barely two minutes - Howie says; “The first person I played it to said; ‘It sounds like if Peter Green’s Fleetwood Mac and early Pink Floyd were the same band’...I’m having that thank you very much. It's the first full on electric rock and roll tune I've put out since I was doing The Stands, definitely the most psychedelic, and the first guitar solo I've cut for a while. I've been listening to a lot of rock and roll and rediscovered my love of playing the electric guitar, and of volume and it sent me off in a new, heavier direction. ‘Into Daylight’ is a pure rock and roll song, it’s loud, fast and exciting to play live. I can see us absolutely jamming the shit out of it at the shows down the line.”

Payne came to widespread recognition in the early noughties - far beyond the buzzy, fertile local scene of his beloved Liverpool (his brother Sean is drummer for The Zutons, sister Candie is a visual artist & musician) - via his solo-project-cum-band, The Stands. Highly regarded both by critics & musical luminaries alike including the likes of the Stone Roses, Spiritualized, Jack White, Noel Gallagher and Bill Ryder-Jones (the latter two both of which made appearances on the band’s debut album), The Stands toured variously alongside Paul Weller, The Libertines, The Coral and Oasis. The band released two enduring albums (2004’s debut ‘All Years Leaving’ and the following year’s ‘Horse Fabulous’), burning as brightly as they did briefly, before Payne disbanded the outfit in late 2005. 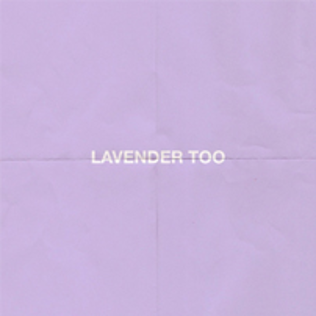 Sister duo Delune are graduates of Columbia University, the NYC based duo is quite incredible. In the past, they’ve been compared to artists like Lana Del Rey, but if you check them out, I’m sure you’ll see they have a sound and identity all their own.

The girls of Delune, Kate & Izzi, lived in Berlin, teaching music in a refugee camp.

They’ve taught songwriting at Rikers Island and in 2018 they released two records and videos “Wild West Side Highway,” and “Those Days.” Starting this week, the duo will be releasing one song a month leading to an August album release date for a concept album titled, Pierrot, in homage to the sad clown in Commedia Dell'Arte: the fool in love, who breaks the fourth wall; constantly trapped in a cycle of falling in love, getting his heart broken, and repeating the cycle.