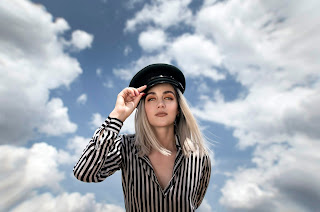 Fassine’s third album FORGE (March 27), and first on Trapped Animal Records & Cargo Records, is a tribute to the unassuming heroes on the fringes of society.

New single ‘Bloom’, out today, is a response to the obsession of perceived beauty in perfection. Addressing this disconnect, the band asks if something is more beautiful when it is broken.

'Bloom' flips violently between states, from the tranquil verse, where Sarah Palmer’s sweet, manicured vocal is backed by just a propulsive bass, to the apocalyptic chorus of crashing drums and ear-bleeding synths.

Forthcoming record 'FORGE' is bolder than ever, elevating the London trio’s distinctive take on electronic music with heavier, more aggressive instrumentation. Fassine has garnered acclaim from The Guardian, The Independent, Clash and more with comparisons spanning Trent Reznor to Berlin-era Bowie.

Since their last release, Fassine’s XTC cover of “That Wave” appeared on the Sky Arts documentary on the seminal band, This Is Pop. Their track “Whatever It Takes To Help You Sleep” played as the backdrop to Netflix’s first feature film “Velvet Buzzsaw”, and ”Leaves” was featured on Oprah Winfrey’s Queen Sugar.

‘FORGE’ literally means to ‘create something strong and enduring’. And with this album, Fassine have embodied the grit and grime of their personal heroes to weld into existence an industrial and hard-hitting piece of craftsmanship. 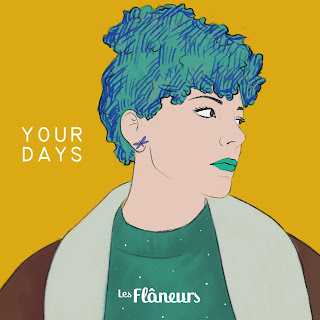 "Your Days" follows the trip-pop of “Dark Souls”, released in December, that got attention and airplay worldwide. “Your Days” was born out of the spontaneous collaboration with swedish singer Hanna Turi, whose emotional lyrics and top class songwriting, along with the well-received album “Tracks in the Water” (2015), have led to several performances at South by South West (SXSW) in Austin and gigs at legendary places in New York and worldwide.

Alex Marchetti, the man and producer behind Les Flâneurs' project, remembers his first meeting with Hanna, during her Italian tour: “I met Hanna during a house concert in the place where I produce music, a medieval farmstead hidden in the countryside. When she arrived with her band she seemed to be worried, like thinking: 'where the hell am I? My agent will have to know!' She didn't know I was doing concerts in that place since several years.

The audience sat in silence, mesmerised, during the whole performance, totally taken by the music and Hanna's impressive voice. At the end of the night she told me it was the best show of her tour, because of the respectful and loving attention she got. Then she gave me the most wonderful present: she turned the simple melody I was composing into “Your Days”, a dreamlike naive pop song. 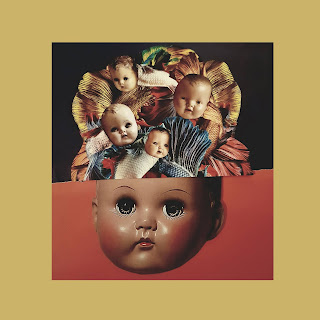 Following a tour of Japan, a Welsh Music Prize nomination and a gig-filled 2019 HMS Morris are back with their new single 'Babanod' meaning 'Babies', will be released on February 7th (Dydd Miwsig Cymru – Welsh Music Day) on Bubblewrap Records. 'Babano d' is the first in a series of singles slated for release in 2020, during which the band will also be developing a theatre show ready for performance in 2021.

The impetus for writing 'Babanod' was the awkward moment in your friend’s wedding when someone feels compelled to reassure you that “you’ll be next”. In that situation, surrounded by married couples and young children, how do you assert your right to a slightly alternative lifestyle, something other than just moving directly from graduation to marriage to parenthood, without sounding like a total dick? Better to smile, bottle it up, and release it in a song when you get home.

'Babanod' will be available digitally from all the usual platforms.