With their recent tracks ‘Side By Side Together’ and ‘Into The Unknown (Pt. II)’, Artificial Pleasure are gearing up to make the breakthrough they deserve. With both tracks previewing their upcoming second album, they’ve earned fresh plays from Gary Crowley at BBC London and Jess Iszatt at BBC Music Introducing, plus Seattle’s renowned KEXP.

They’ve also taken their attention-demanding live show to fresh faces, headlining nights curated by Andy Backhouse and Hidden Herd as well as a gig as guest to MF Tomlinson. The band were also recently nominated for INES, a project that seeks the best new talent for a range of key European festivals and music conferences.

Building upon their growing profile, the London trio now share their brand new single ‘Lose Myself Again’. It’s a tense, anxiety-fuelled march of cinematic synth-pop and leftfield industrial rhythms - a fusion of modernist and retro electro that would feel equally at home on the soundtracks to ‘Blade Runner’ or ‘Stranger Things’. The song also features backing vocals courtesy of Jylda, who previously collaborated with the band on ‘Boys Grow Up’.

“‘Lose Myself again is a song about the depths of depression, how it can control you and how lost you can feel,” says the band’s frontman Phil McDonnell. That concept is highlighted by his anguished vocal delivery in lyrics such as, “I just know it’s coming back.”

Artificial Pleasure’s Phil McDonnell (vocals/guitar) and Dom Brennan (synths/production) are life-long friends. By the time they were adults, their individual projects didn’t share much common ground: Brennan was producing ear-bleeding electronica while McDonnell was playing the hugely demanding repertoire of Frank Zappa in a touring cover band. But friendship and a shared passion for music overcame such expectations, and they recruited jazz/funk specialist Lee Jordan to provide the grooves to complete their vision for Artificial Pleasure. 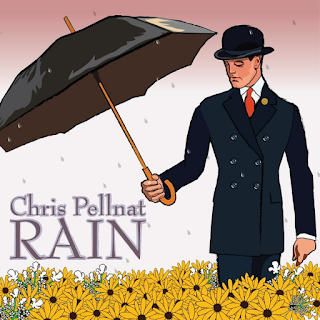 "As you can see, I've teamed up with a small experimental label that specializes in cassettes, but you can hear streams there too.

"Rain" has some rather traditional singer-songwriter sounds but also many "WTF??" songs that I think you might enjoy.

("WTF??" is a natural reaction when a vibraphone, dulcimer and the odd retro synthesizer kick in, but I think it all seems right. Right as rain.)" 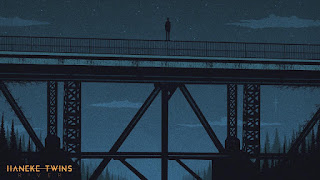 Longtime friends, work colleagues and old bandmates, the two CERN scientists — originally from Greece, based in Switzerland — decided to form Haneke Twins and record their first EP in 2018.

Haunting baritone vocals blended with eerie but catchy guitar licks resulting in a “Bauhaus/Joy Division meet Interpol” debut album. 2020 finds Haneke Twins with a brand-new 2-track single, precursor of their upcoming album expected to be out later this year.