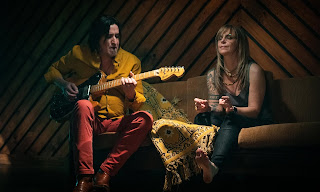 Pike & Sutton - Let The Music Get You High

Austin-based duo Pike & Sutton will release their debut full-length album Heart Is A Compass on April 3rd. Led by "hometown favorites" (Austin American-Statesman) Patrice Pike and Wayne Sutton, the band has evolved out of the longtime alternative rock band Sister 7. Today they shared the video for their new single "Let The Music Get You High," which Austin Chronicle called "a testament and ode to friendship, collaboration, and an abiding mission."

"Let The Music Get You High" is both an ode to music helping us all transcend our challenges in this life and lift each other up no matter how hard things get. The young dancer Azula who is featured in the video, along with her sister May May, represent one of the recipients of the Step Onward Foundation (co-founded by Pike) who is now getting her masters degree and raising a family.

The video depicts a couch which represents the furniture at-risk families take with them from place to place as they try to establish a home in a world that is constantly becoming less and less affordable. Azula expresses through her dance the myriad of feelings teens experience through the frustration of just wanting to turn 18 and have rights to be on their own and take control of their path. This is represented in the 18 marks on Azula's forearm. 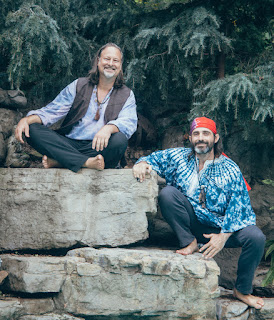 California mystical psych-jazz-folk duo Californiosos releases a music video for the single "Captain's Got a Brand New Heart." It follows the release of their self-titled album that was released on February 20th via Independent Release. The project is the brainchild of Farmer Dave Scher and Michael Vest. Farmer Dave is known for his work with acts like Jenny Lewis, Cass McCombs, Kurt Vile, Vetiver and Father John Misty.

With 14 generations of Golden State living under their collective belts, Michael Vest and Farmer Dave Scher aka Californiosos are naturals at bringing the nouveau, cosmic, West Coast jazz-folk-psych sound. Listen as they open the portals to mysticism, classic exotica, secret ancient-future mystery-history, connection to The Goddess, and much more. Positive vibrations and transcendentally-timeless poetic language make every track highly nutritious while strangely edifying.

The ten-track album takes the listener on a full journey through space and time, asking as many questions as it answers and exploring a wide range of musical styles. From the ceremonial shell blasts of “La Concha” to the final giggling elves of “Little Spinning Planet”, you are sure to be opened, amazed, entertained, and amused (possibly even simultaneously). 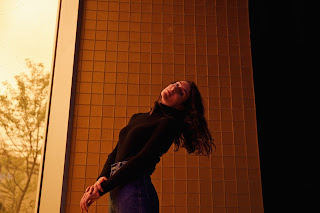 Hannah Georgas is sharing her latest single "That Emotion," a first glimpse of a forthcoming collaboration with producer Aaron Dessner, best known as a founding member of The National and for his production work with artists like Sharon Van Etten, Frightened Rabbit, This Is The Kit and Local Natives. For Georgas, who spent much of 2019 touring as a part of The National's live band on their tours in support of their album I Am Easy To Find, the track is her first release on a pair of new labels — Brassland, the imprint co-founded by Aaron & Bryce Dessner, and Toronto indie stalwart Arts & Crafts. A display of Georgas' capacity for crafting textured pop songs that confound expectations, the single is an engaging showcase of a hugely accomplished songwriting voice.

The fruit of a relationship born from a long email correspondence between Georgas and Dessner that began before the release of Georgas' well-received 2016 LP For Evelyn, the pair's work together began in Dessner's upstate New York studio in 2018. “Aaron and I agreed the production needed to bring out the truth in my voice," says Georgas. "I always felt happy with my songs but during these sessions we found something else—musically a new warmth and depth and, vocally, a delivery that is more raw and expressive, allowing the emotion of each song to shine through.”

Their musical chemistry is immediately clear on "That Emotion," where Georgas' plaintive vocals are enveloped by an expertly designed arrangement that builds and pulses as Georgas' melody unfurls. "This song is a portrait of one particular way that emotions can build up inside," Georgas explains. "You’re going through the motions, suppressing how you really feel, and pretending things are ok — but your body knows…that deep down life and worry can weigh you down in ways your head might not acknowledge. This song was inspired by the feeling of hiding emotions you would like to express but feeling alone." 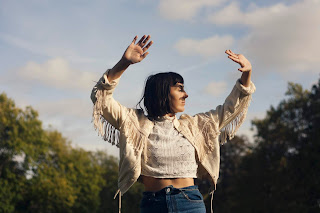 Grace Gillespie is a London-based artist and producer originally from Devon, who spent much of 2017 touring as part of the live line-up for 4AD’s Pixx. In 2019 Grace received PRS’s WMM funding and consequently released her debut EP ‘Pretending,’ which garnered support from the likes of The Line of Best Fit, Clash and Earmilk.

Some of her notable live shows include supporting James Morrison at Dingwalls, Camden and headlining a stage the folk stage at Tipping Point festival in Newcastle. Her first two singles found their way onto Spotify’s ‘Fresh Folk’ playlist and received extensive support from Apple Music, appearing on their ‘A-List’ and ‘Best of the Week’ playlists, as well as backing from NME, Crack In The Road and The Wild Honey Pie.

She has received radio plays from BBC 6 music as well as being a featured artist on BBC Introducing London. Her early demo of ‘Restoration’ saw her tipped to Q Magazine by Newton Faulkner and brought her to the attention of Kaleidoscope, who worked with her to produce her first solo releases in 2018. Her sound takes influences from the folk, psych and dream-pop traditions, providing a backdrop to her intriguing vocal melodies, shifting harmonies and introspective lyricism. 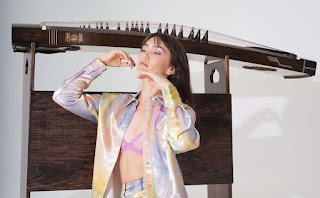 Tidbits about song and video- I wrote this over two trips to Japan. The initial idea came from lavender bath water my first time in Tokyo. The second time around I traveled to an onsen in the mountains, and was soaking in this beautiful outdoor pool in the mist, hoping to feel exalted or something.. of course I didn't, and actually felt kind of miserable.. but that in and of itself was sort of the transcendent moment! This is all coupled with a vision of a Hollywood party (specifically one in Laurel Canyon that Father John Misty might host...), and feeling excluded, laughing at the ridiculousness of it all... yet also feeling bad about NOT being included and wishing to have a piece of the pie. For the video we focused sex/racial tensions.

Jett's work is colored by themes such as family, her identity as a mixed heritage woman, and the complexities of colonial history. “Our identities are colored by the context in which we are in - the way we grow up, our appearance, and our basic interests and beliefs”. It is through this belief that she channels her desire to seek out the true roots of individuality.

Sonically influenced by a variety of sounds from different eras, Jett’s music is built from pieces of the past with an essence of the future. With the desire to spark conversations about identity, the singer/songwriter confides, "I am inspired to tell not only my and my family’s histories, but a broader story of culture -to be a conduit for those stories and to find more innovative ways to express them."

Empowered by issues surrounding women’s rights, social and political reform and questions around justice, Jett hopes to contribute towards conversations for affecting change. Having performed at prestigious venues including the renown Carnegie Hall, Jett Kwong is ready for the next installment of her journey.