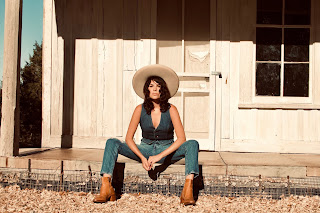 Whitney Rose has never been daunted or intimidated by challenges. Whether she’s perusing the possibilities that accompany a new project, or following up on her early transition to residency in Austin, she’s always eagerly embraced any opportunity to further amplify her art and her career.

That’s certainly the case with her upcoming album, We Still Go to Rodeos, due out April 24th on Rose’s own artist/management-run record label, MCG. Indeed, it continues a tradition Whitney has adhered to from early on — that is, the ability to share sentiments and scenarios that all of us can relate to simply by being participants in the sometimes tenuous adventure we call life.

Produced by Paul Kolderie, whose impressive resume includes Radiohead, Uncle Tupelo, Pixies, Toots & The Maytals, Hole, and Morphine, among the many, it’s a stunning set consisting of 12 songs, all of which were penned solely by Whitney herself.

While the sound, style and stance retain her trademark reverence for Americana authenticity, her confidence and creativity elevate her to a new plateau. There’s a familiarity factor to be sure, but the album also reflects a rugged independent spirit, one that takes its cue from the best of the Texas tradition. 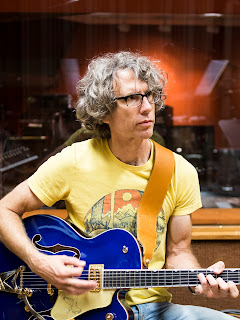 David Haerle - Romy And Michele / Go Do That With Sharon.

David Haerle's brand new album Death Valley comprises of fifteen new songs. David tells us - I’m a singer, songwriter and guitar player who grew up surrounded by music and the music business.  My maternal grandparents were owners of the first full time country music radio station in Nashville, TN.  My father, Martin, emigrated from Germany to pursue a dream of working in the country music industry and co-founded the independent label CMH Records, setting up shop in the garage and side room of our family home in Los Angeles.

My own taste was more rock.  I got my first guitar, a Fender Stratocaster around age 13, along with a Fender Deluxe Reverb amp.  I was captivated by the sounds of David Bowie, Black Sabbath, Van Halen and Led Zeppelin, and tried to learn everything I could from my guitar heroes Frank Zappa, Ted Nugent, Jimi Hendrix, and many others.

In 1990, I took over the company, now CMH Label Group and I’ve proudly served as its president for the last 29 years.  While I never stopped playing guitar, running the label meant making my own music had to take a back seat for quite a few years.  In 2009, I began studying with a vocal coach and it was singing that inspired me to focus more time on writing, recording and producing original songs. My first album, Garden of Edendale, began as a passion project and took 7 years to make.  Released in 2018, many of the songs pull from my own life experiences.  I tried to transform nostalgia into beauty, with a fair number of guitar-drums-bass driven jams mixed in. I started from scratch, began writing songs, recording and put together a great creative team, many of whom I continue to work with to this day.

Death Valley is my second album, which will be released in spring 2020.  I titled the album in honor of my favorite place on earth.  Death Valley is always a source of inspiration for me and a place that never fails to renew my spirit.  My family often ended up there on vacation in the summer, when relatives of my dad visited.  I still go as often as I can. Its vastness and beauty give me the direct experience of being part of a much greater whole.  And I love holding those memories of being with loved ones, the mystery of the landscape, and the endless possibilities for adventure. I have to say there are some advantages to releasing your first album in middle age.  I have more life experience to draw on lyrically than I did when I was 20 or even 30.  When I was younger, I wanted to sound like my heroes.  Now, I want to sound like myself.  I continue to explore what that means, writing and creating as much new music as I can. Sometimes you have to live the record before you can make the record. 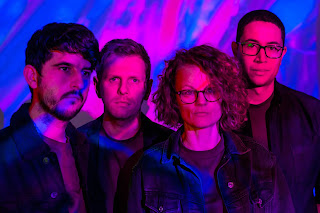 Kidsmoke - The Bluest You.

Following on from a thriving 2019, which saw the quadruple accumulate a monumental list of credits under their belt, including showcasing at SXSW in Austin, Texas, Kidsmoke have signed to Libertino Records and will release a new single ‘The Bluest You’ on April 24th.

In a contrast of dreamy pop and rhythmic strings, their new song ‘The Bluest You’ is a sombre observation of mental health and how it can affect loved ones. Initially inspired by Low/Heroes-era David Bowie, the track was intended to be an instrumental - but after intense rehearsals and the addition of some Matt Berninger-influenced lyrics, it morphed into something completely different and became the track we hear today.

The band tells us: “This song is a live favourite of ours. It is a fly on the wall look into a household where one person’s depression is affecting everyone else who lives there. The song doesn’t address the feelings of the person suffering with depression, it is a sort of commentary from the viewpoint of the rest of the family.”