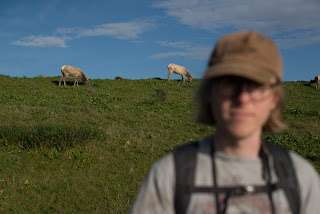 Virginia artist Andy Jenkins shares a brand-new track featuring Nashville artist Erin Rae via Spacebomb (Natalie Prass, Matthew E White). “Far Away From Here” is soulful and lilting, steeped in hazy guitars, sprawling piano and an uplifting sense of ease. “Far Away From Here” is available to stream or download now. Speaking about the new track, Andy Jenkins said: “Far Away from Here is a song about the after images of love, remembering those free and easy times, heightened emotions and lengthening shadows. It also describes the realization – after love is gone – of feeling pretty alright. I pictured someone at the end of a long day of traveling, who realized they felt good for the first time in a while. ‘I don’t mind the way I felt today, far away from here.’ What’s the saying? Distance makes the heart grow.

“We tracked last summer to tape at Spacebomb Studios with four of my favorite musicians: Pinson Chanselle, Cameron Ralston, Alan Good Parker & Jacob Ungerleider. I produced a song of my own for the first time. Erin Rae recorded vocals in Nashville. Her last record Putting on Airs was a personal revelation, beautifully crafted, cutting and calm. I feel lucky that she is singing on this track.”

The talented musician released his debut album Sweet Bunch in 2018 to acclaim from MOJO, Uncut, Stereogum and more, followed by The Garden Opens EP in 2019 and tours with Courtney Marie Andrews and Molly Burch. Andy originates from the same small scene of independent Virginia youth culture that produced artists like Justin Frye (PC Worship) Natalie Prass, and Matthew E. White, all friends from his teenage years. His music descends from a tradition of Southern culture – unhurried in its art and unworried by industry demands. Jenkins paints a wide Virginia landscape with each song, catching the mood of a sun setting on a fine day spent amongst friends and favoured creatures. Co-writing credits include songs on Matthew E. White’s cult classic Big Inner, and the track “Cool Out” featured in the Netflix hit To All the Boys I’ve Loved Before.

Erin Rae: Gifted with a unique ability to fuse musical genres and influences 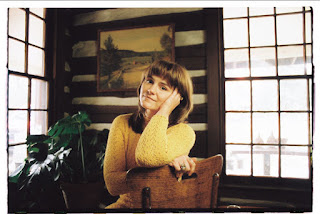 to craft songs that feel fresh and wholly her own, with her new album Putting On Airs(2018, Single Lock Records), Erin Rae has thrown down a direct challenge to the stereotype of what a Southern singer should be. Both lyrically and sonically, she strikes a fiercely independent chord, proudly releasing a deeply personal record that reflects her own upbringing in Tennessee, including the prejudices and injustices that she witnessed as a child that continue to impact her life to this day. According to Rae, "this album was born out of a need to do some healing work in my personal life, in order to address some fears and patterns of mine to allow my true feelings to come to the surface." Recorded in the dead of winter in an old Franciscan monastery on Wisconsin’s Fox River, the isolated environment created the perfect setting for Rae and her bandmates to track these genre-busting songs, using the chapel and other unique spaces within the cavernous building to explore new sonic boundaries, all while continuing to showcase the hypnotic vocals and song-serving restraint that have become her trademark. 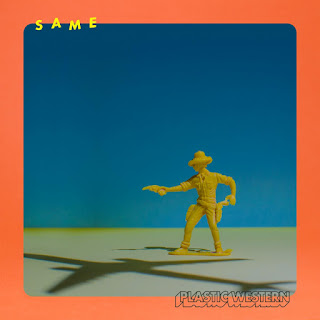 Lauren Records recently announced Plastic Western, the debut LP from SAME to be released on May 8th. From the first crackling notes of “It’s Lonely in Doggie Hell,” the opening track of SAME’s debut LP Plastic Western, the band locks into a groove that never really lets up. A quiet riff fades in from a distance then, like a radio tuning to find the right frequency, it’s quickly interrupted by a brief drum fill before a fuzz-filled bass line sets the tempo, intertwining over a languid beat. Just like that SAME sets off on a 12-song journey. But Plastic Western isn’t a sprint toward a finish line, it’s an album that takes its time to hang out, get cozy, and soak in all the weird sights.

"Pittsburgh’s Same cast a sepia tone across a ‘90s DIY-indebted style of indie rock. Their debut LP Plastic Western is at times range-y and raucous, but it also spends a lot of time being thoughtfully languid, dreamy in a night-under-the-stars kind of way." says the Alternative of the upcoming LP

SAME met each other sometime during their college years in the early 2010s, while attending shows in the Western Pennsylvania DIY punk scene. Born out of the ashes of a previous band that Caggiano, Higgins and Stern played in, SAME formally came together around 2015. For nearly a year, before the band released any music or played any shows, they wrote song after song, trying out different musical ideas until they honed in on a sound that clicked. “We spend a lot of time talking together about music, analyzing what we like or don’t like and why,” Higgins says.

A full-length LP was the original goal for SAME’s first release, but that eventually turned into two EPS—2016’s Weird as Hell and 2018’s Forgot to Say ‘Action’—as the band continued to tinker with its sound. “We are all into pretty different music, but we are on the same page in terms of how we want to approach writing,” Higgins says of the band’s songwriting process. Once the band locked into a sound that felt right, it was off to the races to record their first LP. That is until Stern broke his wrist in a skateboarding accident weeks before SAME was set to hit the studio. As a result, the band pushed back their recording date and used the time to write more songs and tinker even more with their sound, adding keys and electronic elements to the mix. “Jake breaking his wrist probably made the record better than it would’ve been,” Higgins says. “It dramatically changed our sound. We had talked about adding keys before, but since we had extra time and Jake only had one useful arm the opportunity forced itself on us.” 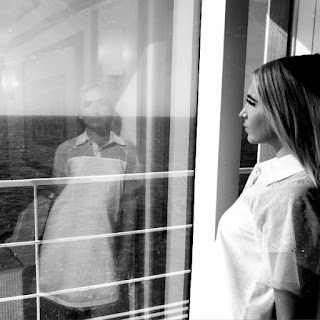 Growing up in a family of professional musicians, Alissa started playing the piano at 4 years old and debuted on the national television series, “America’s Most Talented Kid” at age 9. Since then, she has wowed audiences around the world, performing throughout the United States, Canada, Mexico, Europe, the Mediterranean, Australia, New Zealand and the South Pacific.

Her recent EP, “X Post Facto” has been described as “hauntingly beautiful”, “captivating”, poignant, authentic” and “the millennial ballad of the century”, while she has been critically praised as a “jazzy-folk songwriting genius”, a “female Elton John” and “your generation’s Billy Joel”. Representing her home state as Miss Massachusetts 2016, Alissa was also a top 15 finalist in the nationally-televised Miss America pageant on ABC and has been highly involved with several music education initiatives and organizations around the country.

An adaptation of the Langston Hughes’ poem “Sea Calm”, “How Still” is a tribute to the struggling cruise industry and 93,000 crew members still stuck at sea during the pandemic. A seafarer herself, Alissa Musto was able to return home before the CDC’s No Sail Order prohibited crew members from disembarking. Wrote, recorded and produced by Alissa, Olivia and William Musto from their home during quarantine.