Taking on similar notes of their previous work, 'Close' is a poignant and introspective indie-rock track inspired by the human condition as well as another step towards the band's ever-evolving sound. "I think our work will continue to explore those kinds of topics, with more precision as our sound matures," says Monica. Lyrically, the song explores the dynamic of relationships through miscommunication and the apprehension of feeling disconnected as a result. Chris continues: "It talks of the struggles within a relationship (friendship, general or romantic) and at times it explores themes and emotions of self-deprecating."

Co-written with Alex Lahey in a small studio in Marrickville, the band also recruited the production skills of Ball Park Music's Sam Cromack to create a piece that has allowed the band to lean into and experiment with a pop sound. The video also arrives today, filmed entirely via Zoom and thematically compliments the track and relevance in the current COVID-19 climate. "My favourite part of making this video was being able to see all of our friends from other cities that we would usually hang out with when we are on tour. The idea of the video ties in with the concept of feeling close to our friends even when we can’t see them or hang out with them physically," says Rei. The video clip features appearances from a large cast of fellow musicians who all take part in singing 'Close'; notable cameos include Julia Jacklin, Maz Devita & James Gatling (WAAX), Alex Lahey, Sam Cromack (Ball Park Music), Patience Hodgson (The Grates), Phil Jamieson (Grinspoon), Andrew Dooris (The Jungle Giants), Connor Brooker (Bugs), Kieran Lama & Peppa Lane (Spacey Jane) and more.

'Close' marks the beginning of a new chapter for this Brisbane trio with more exciting news, and second EP later this year. Dial-in, bless up and get close (while practising responsible social distancing) with sweater curse. 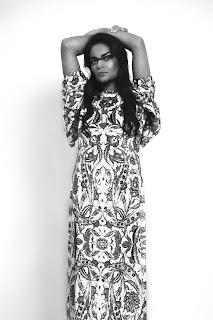 “Aziza” is Moo Malika’s most personal song to date and is about the discrimination of women in the Maghreb states and the problems faced by refugees. The Swiss woman with Tunisian roots only just escaped such a fate. Because Moo’s mother is Swiss and she and her father decided to live in Switzerland, she was born here. Despite this and although she perfectly speaks Swiss German, she sometimes has to face racism because she looks like she is “not from here”.

If Moo is only discriminated against because of her appearance and surname, how hard does it have to hit those who flee in panic, don’t know the language yet and have to start all over again? Moo: “I have the luck to be born here and feel committed to help.” Since Moo Malika speaks Arabic, she volunteers to support a Syrian refugee and helps her to gain a professional foothold and familiarize herself with the culture of Switzerland. In addition, she provides direct aid to Fatima and her two children in Tunisia, who were left on the street by her husband and the police (because the man was “in the right” according to Tunisian law despite his crimes).

Thanks to this direct aid, the children can continue to go to school and therefore have a perspective. “Sometimes I ask myself why I was so lucky and others not. The place of birth can influence so many things. Many have to flee, although they do not want to. Are welcomed in the new country by some with closed arms and hostility and are directly stamped as “foreigners”. I have had conversations where many only make judgments, hearing the saddest, most heartbreaking and unjust stories from a few women. Aziza is inspired by these women. They are so strong, so militant and yet so hurt. That touched me incredibly.”

Aziza means “darling” in Arabic and is the story of a young woman who had to flee alone and often thinks of her mother, who had always called her Aziza and is now no longer with her. The song was written by Moo Malika and Daniel Volpe in Germany.

Goldray - How Do You Know.

We have a psych-rock release for Goldray (from Kenwyn of Reef)'s new singles 'How Do You Know' and 'Oz' out now and accompanied by a mesmerising music video, with an album to follow on 31st July! Following the release of their critically acclaimed debut album, ‘Rising’ in 2017, Kenwyn House (Reef) and Leah Rasmussen (EMI, Bedrock, Renaissance) AKA Goldray, return with a psych-rock fuelled second album ‘Feel The Change’, released on July 31.

Written and produced by House and Rasmussen. Mixed by Pedro Ferreira (The Darkness, Therapy?, Enter Shikari, Meatloaf, David Gray) at Spinroad Studios in Gothenburg, Sweden. This eight-track album is a development in the duos sound giving a heavier edge but at the same time sounding more accessible than their debut ‘Rising’ whilst still remaining deeply bedded in their psych roots

Their new music exudes their inspiration and passion. They release a new double a-side single on May 29th - ‘How do you know’ which builds through the entirety of its four-minutes demonstrating Rasmussen’s huge range and power vocally, ending with a massive crescendo. And ‘Oz’, a monster seven-minute-plus track driven through House’s incredible guitar playing, the song is an ambitious journey of rock and psych, building with power, then dropping into a feeling of surreal psychedelia only to be slapped back in the face with the thunderous riff!

Sharing a song writing vision blending psych and prog experimental arrangements with etheric yet powerful female vocals, House and Rasmussen first started working together as an experimental side project for the pair that soon grew into an all consuming passion. With a clear identity both musically and visually, Goldray pulls huge inspiration from the late 1960s and early 1970s and are very much at the centre of the emerging psych-rock scene.

The band have garnered a formidable reputation live with performances at Glastonbury, Bestival, Download, Ramblin’ Man, HRH, Camden Rocks Festival and various headline shows over the past three years in the UK and Europe. Live, the band (who tour as a four-piece) ensure the ethos and feel of the show emanates the same feeling as the music. Visually striking with vocalist Rasmussen looking resplendent (described in a live review by Prog magazine in 2018 as “... the high priestess of hard rock”), and House’s playing still powerful and irresistibly hooky but somehow sliding into psychedelic hypnosis that ensures the live shows are a sensory overload! 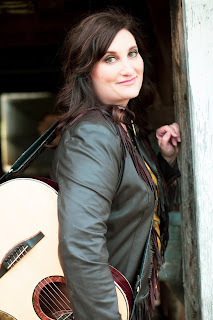 Shantell Ogden - On A Haystack.

Nashville-based Shantell Ogden's highly anticipated sixth studio album,Song Sampler vol. 1 & 2, is available for pre-order beginning today, May 29. The album will be released June 19th. It’s a seven-song collection that follows on the heels of the highly successful Road That Drives Me, which was named Americana Album of the Year by the International Music and Entertainment Association (IMEA).

“The women in my family grew up creating needlepoint samplers with vibrant threads and homespun wisdom,” says Ogden. “This album is my version of a sampler - and I hope everyone will enjoy the diﬀerent musical colors.” The album is already receiving early rave reviews:"As a true artist and major star in the making, this sampler showcases Shantell’s songwriting talents and her ability to capture ears instantly. The theme that runs through all five songs is the same: be open about life’s difficulties, but optimistic about what the future holds. An incredibly honest and beautiful recording." - Alan Cackett, British Music Country Hall of Fame.

"A strong confident feminine voice overlaid on some heartfelt personal songs. It’s mostly a mainstream country vibe with some Stones-y rock in the mix. Highlight for me is “Love On The Fast Track.” - Calvin Powers, Americana Music Show. The album release celebration will be streamed lived on Saturday, June 20, on the Center Stage Magazine Facebook page at 3:00 p.m. CDT (https://www.facebook.com/centerstagemag/). Center Stage Magazine is a Nashville-based magazine covering music, comedy, movies, and a variety of entertainers with a unique focus on new, up-and-coming talent.