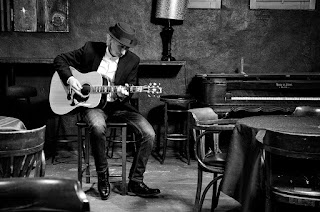 Vancouver-based Roots/Folk Rock artist Geoff Gibbons is a true storyteller, armed with that rare narrative combination of humility, compassion, and troubador wisdom. His songs are melodic and wholly relatable.

Much like Tom Petty or Bruce Springsteen's music, when Geoff Gibbons writes songs, they somehow seem destined for the open road. His new single "Keep on Driving", out now on all platforms, speaks on a theme that most of us have experienced.

About "Keep on Driving": In these times of uncertainty “Keep On Driving” is a longing for freedom. Caught in the well-worn circle of day to day survival… I wondered what would happen if I didn’t turn in the driveway and just kept going. It speaks to life in general.. The smallest move or gesture can completely change the direction of a life. We forget we have control over those moves every minute.. as fear and comfort often hold us where we are. 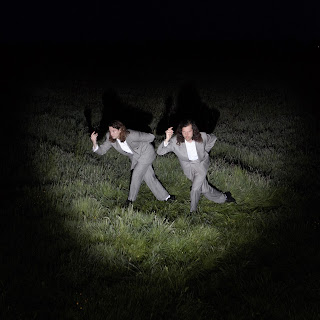 2020 has seen the Dutch dyad release a string of impressive singles. "Toking, Dozing" and "Maybe Another Time" - the first two tastes of the new EP, secured support from Billboard, Complex, Notion and Lauren Laverne on BBC 6 Music.

Feng Suave are as well-versed with the greats as with current contemporaries like HOMESHAKE or Unknown Mortal Orchestra. Like a lens flare, these influences of the old and new refract and form their own heavily evocative and hazy marque of hypnagogic pop. Previous releases were championed by Iggy Pop on his BBC 6 Music show during their 2019 tour with Khruangbin (their self-titled debut EP in 2017 which featured tracks "Sink Into The Floor" and "Honey, There’s No Time", followed by standalone single "Venus Flytrap" in 2018).

Vaulting their original brand of bedroom-pop and arming themselves with razor-sharp wit on some of the themes on the forthcoming EP, Feng Suave are both lyrically intimate and sardonic. On the new EP, 'Warping Youth', the band said; “We aimed at distancing ourselves from the contemporary ‘bedroom’ sound of our first releases and tried to stay true to the music we like, listen to and admire the most; more organic-sounding, classic songs. Thematically, the songs are about coming of age and the directionless wandering through adolescence that comes with it.” 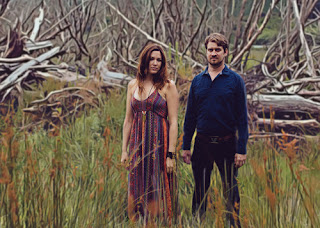 Nashville’s The Danberrys are somehow both charmingly old-world and very much of this moment. The married couple’s rich pastoral blues and muscly folk evoke the big-hearted storytelling of pioneering giants like the Carter Family but could only come now, as a mixed offshoot of roots music’s ever-growing family tree.

In 2009, the two recorded singer/guitarist DeBerry DeBerry’s original material together on a whim, and The Danberrys were born. More than a decade later, six Independent Music Award nominations, including two nods for best Americana album and one for best EP, punctuate their résumé. Their 2016 LP Give & Receive earned serious acclaim, and the pair’s fourth album, Shine, sails past the high expectations that ensued. Produced by ace drummer Marco Giovino (Band of Joy, Patty Griffin, Buddy Miller) and executive produced by Brian Brinkerhoff, Shine captures the Danberrys’ fiercely guarded independence––and revels in it. Singer Daniel Daniel’s commanding voice roars low and high––an ideally nuanced partner for DeBerry’s subtly virtuosic guitar playing. For the first time in their career, the two co-wrote every song together, pulling in the help of a third songwriter on a handful of the tracks.

Their unforced creative approach is on triumphant display on Shine, the twelve-song collection reveals a pair of artists putting years of passionate study in bluegrass, blues, funk, folk, gospel, and pop to brilliant use: conversational stories and metaphorical sketches of the natural world rest on beds of complex bluesy folk. “I’ve always loved music that makes you guess what it’s about,” Daniel says. “We want our songs to be vague enough that they could be interpreted to mean different things.”

“We could spell it out,” DeBerry adds. “But we’re bored with the obvious.”

The title track kicks off the album with moody, guitar-punched swagger. Darkness sets the stage only to give way to the light Daniel and DeBerry refuse to stop seeking. “The song is a reminder––a daily mantra,” Daniel says. “How do you get through today and continue to grow and let go of all the things from your past that want to keep you down and keep you from being who you really are in the world?” Beginning with only Daniel’s voice, which is soon joined by DeBerry’s somber electric guitar, “The Mountain” addresses similar life-affirming themes. The incomparable Darrell Scott adds backing vocals to the track, which grooves as it soars.