Westberg, the Gen X duo of Ariel Westberg and Scott Bruzenak (aka Noisecastle III), wanted to get back to simple. That didn’t mean their usual experimentation was off the table: they collected melodic fragments and blended some of their hallmark eclectic harmonic detours that still ended up in several songs on the resultant album, Boomer Studies, due out Sept 18.

The first single off the album, coincidentally titled “Simple” is a generous reflection on aging gracefully, by a musical collaboration still a long way from being done creating surprises for their listeners. “Simple” is released today June 29.

Focused on pure, classic American songwriting, Westberg and RIAA-certified multi-platinum pop/electronic producer Bruzenak decidedly went “negative but nice this time around.” The former latchkey kids know how to raid their mental closets for musical shoebox memories. The conspicuous result on this album is the song, “Simple,” which features the multi ranging Westberg’s intentionally “bone dry” vocals strolling through a canopy of big guitar exclamation points that will be familiar to Tom Petty fans.

Though Westberg often surprises by taking on characters and tones in her songs as the music shifts gears, here she summons the easy strains emanating through the suburbs from a car radio in the 90’s to channel innocence and plain love of our time. Recognizing the duo’s inclination to complicate and layer, Westberg chose a quieter, lyrical intimacy to relate: In my younger days / I had a lot of things to say / And I’d do it all the hard way / Didn’t care if it was complicated/ Didn’t care if I was compensated. 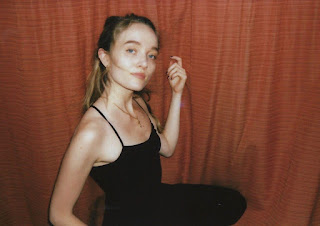 Sam Valdez shares, "Clean is a love song in a way but it’s more about being drawn to self destruction. It’s about finding comfort in uncertainty and appreciating the darker qualities in someone as well as the good."

Sam Valdez’s immersive indie-rock sensibility reflects her childhood growing up at the edge of the Nevada desert, and her formative musical experiences as a child violinist. The mystery, beauty, and haunting quality of desert life has shaped the LA-based artist’s sense of dreamy textures, and her flair for abstract but emotive lyrics. Classical music’s majesty has informed her imaginative arrangements, and cinematic sense of dynamics.

Sam has melded in an intriguing blend of shoe-gaze, Americana, indie-rock, and pop into a signature aesthetic. Select career highlights thus far include garnering rave reviews in Clash Music, Consequence of Sound, and Earmilk; earning heavy rotation from KCRW for multiple singles; and opening tours for Stella Donnelly, Cayucas, and Giant Rooks.

“I’ve always tried to write from the most genuine place that I can, but, lately, and with this record, I’ve been working on sharing more sides of my views and emotions,” Sam details.

A feeling of 1960s nostalgic balladry courses through many of thesongs on Sam’s debut. She says:”  Melancholic, comforting and thought provoking is what I look forin music and what I feel and hope comes across in mine.” The album’s first single, “Toothache,” is a reverb-dipped slow burner glowering with sensual vocals and a twist on a breakup narrative. Here, the feeling is a longing to reconnect with one’s sense of self post romantic rupture. 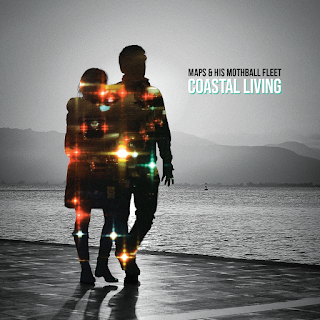 Maps & His Mothball Fleet announces the release of the yacht rock single “Coastal Living” on June 29. The sun-drenched boy-girl harmonies flirt at summer romance within a melodic haze. “Coastal Living” is the first single off the upcoming album, GULF, due out on August 21 on Azteca Records.

Matt Wanamaker, the heart behind Maps & His Mothball Fleet wrote and recorded the vocals, percussion, and some acoustic guitar for a number of songs on a combination of his phone and handheld tape dictation while working overseas in Afghanistan in 2013. When he went back to sea again in 2018 he wrote over 50 more songs. “Coastal Living” is a warm sea salt kissed single born from those demos. Hayley Richardson joins Wanamaker in a bright call-and-response harmony telling the story of a beach hermit surprised with a love note from a lost love, urging him to take a risk and pursue her. Wanamaker paints a picture from a musical pallet shaded in sunset hues.

As the world tiptoes into a post-pandemic way of life, feelings of anxiety and hesitation are amplified by distance from family and friends. Wanamaker experienced all of these emotions in international isolation. While feelings of isolation might not be unfamiliar for those in the military, the feeling of trying to reconnect afterward is. He explains, “The album describes the feeling of physical separation I had while away and the distance that I was trying to deal with upon coming home.” The album is called GULF not only because it was written along the Gulf of Mexico and the Persian Gulf, but to describe that tangible separation and the ravine of emotional distance that come along with it.

The songs on GULF remain centered on a particular lo-fi aesthetic, prompted by the time and place for which it was recorded as much as by when it was embellished. These homespun nuances become an honest first-person account hidden by the melodies and stories that Wanamaker managed to produce all alone at night…once again adrift at sea.