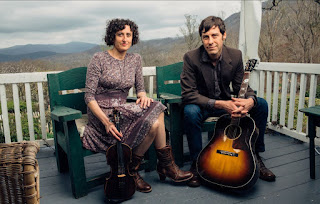 Incorporating two klezmer tunes — the first from a 1923 recording by xylophonist Jacob Hoffman, the second from sheet music in the handwriting of Weinstein’s grandfather — the medley marks a further refinement of the synthesis Weinstein and John Cloyd Miller have been exploring since the formation of Zoe & Cloyd, including “Berditchever Sher” and “Zisa Meydele” on 2019’s I Am Your Neighbor. Woven together with their authentic renditions of Appalachian old-time, folk and bluegrass songs, as well as their roots-inspired originals, it’s an integral part of the duo’s musical identity.

"These two klezmer instrumentals were in my grandfather, David Weinstein's, repertoire,” says Natalya. “He was a professional musician who emigrated from Russia (what is now Ukraine) in 1923, and made his living here in America playing music for weddings, functions, and events.” - “Horas and frailachs were dance tunes, and often were unnamed. This version of ‘Hoffman's Hora’ was named for an early recording of Jacob Hoffman and Kandel's Orchestra. I couldn't find another version of the frailach, except my grandfather's handwritten one, so we named it ‘David's Frailach.’”

Weinstein’s violin and Miller’s guitar echo the sparse arrangement of their 1923 source on the opening “Hoffman’s Hora” before upright bass and bluegrass banjo — supplied by band members Kevin Kehrberg and Bennett Sullivan — join in to provide propulsive rhythm and melodic embroidery to the strains of “David’s Frailach.”

“I think that bluegrass and klezmer blend together well because of their folk history and sensibilities,” Weinstein notes. “It’s a beautiful fusion!” 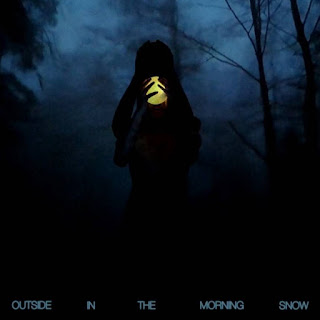 Bearcraft - Outside In The Morning Snow.

Bristol-based music collective Bearcraft return with their addictive and foreboding new single Outside in the Morning Snow. Taken from their forthcoming electronically charged LP, ‘Fabrefactions’, out on 4th September, the track explores the essence of acceptance of impending doom from fractious political factions or forces of nature. Speaking about the track, Dicky said, “When life, as Stephen Pinker puts it, is a battle against entropic forces, peril is always close. Morning Snow is about that, and about the solace that can be found in accepting this foreboding reality. ”

Amidst swirling synth patterns and ghostly harmonies, Bearcraft weaves a tapestry of vivid imagery, evoking a sense of drama and peril. Accompanying the release will be a video shot on VHS by Say Goodnight Films, which further accentuates the lyrical narrative with dreamy aesthetics. Speaking about the production process, Paul from Say Goodnight said, “Beginning with abstract concepts and building a narrative was helpful on where we could utilize the location of home/space we had during lockdown to create an original and dreamy video.”

Fabrefactions is Essex born musician/producer Dicky Moore aka Bearcraft’s lead protagonist’s second album following his debut Yestreen. Over the album’s ten tracks, Fabrefactions moves upriver along the Thames, from Margate, through Leigh-on-Sea and into the capital of England. That journey is mapped out in gorgeous organic electronics, in overheard ghost stories and half-remembered urban myths. Here are tales of runaways and banshees, estuary witches, acid trips and seafront car-cruising, set to sounds that evoke everything from bankside industry to underground dancehalls and the ambient push and pull of the shoreline.

Fabrefactions was written whilst staring out the window of a council flat in Dalston after a diagnosis of acute hearing loss; recorded in the corner of an artist’s studio in London Fields before being mixed next to the motorway in Bristol (over a period of ten years). Fabrefactions was recorded with Joe Reeves (Shitdisco, Age of Consent), mixed by Ali Chant (Gruff Rhys, PJ Harvey, This Is The Kit) and mastered by Anthony Chapman (Franz Ferdinand, Future of the Left, Klaxons); all music by Dicky Moore. All vocals by Dicky and artist/musician Sam Sally. Fabrefactions will be released on 4th September on independent label Australopithecine Records. 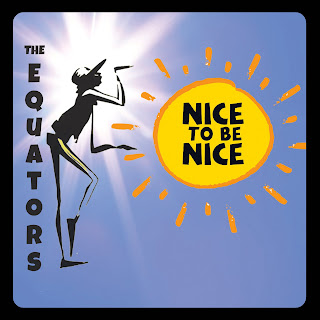 The Equators - Nice To Be Nice.

This summer anthem stemmed when The Equators came back from their holiday in the Gambia with a local phrase and greeting they kept hearing: Nice to be Nice.

Back in their hometown of Birmingham, they wrote this song to promote the Joy and Happiness of Togetherness that resonates in the saying, a much needed upliftment for the summer, recorded at Oxygen Studios and Friendly Fire Music and produced by Robin Giorno.

The Equators have reformed 35 years after their cult album HOT! released at the height of Stiff Records in 81, and have been reconquering stages around the UK.