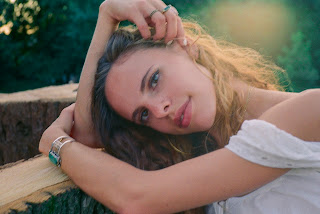 Ethereal singer/songwriter and cellist Tallie Gabriel has unveiled her debut solo E.P. Little Death, a collection of tender hopeful and heartbroken stories written in the aftermath of and reflection on a breakup, featuring singles “Story,” “Hummingbird,” “Laundry,” and cover of “Who Knows Where the Time Goes.”

The 5 song EP explores Tallie Gabriel’s incredible poetry, musicianship, and vulnerability as it goes through the stages of allowing yourself to fall for someone, the disappointment of that relationship not quite working as you'd hoped, the loss of self that comes with betrayal, the confusing heartbreak of a one-time-fling that doesn't last, and finally, a giving over to the understanding that nothing is permanent and all things in life, especially love, ebb and flow like the tides.

“The name ‘Little Death’ comes from an idea my mother told me when I called her once, wildly heartbroken: a breakup the closest thing to the death of a loved one that humans experience. Someone is in your world, and then they're not, or at the very least, a new version of them is. The relationship you shared has died, so it's no wonder that we mourn lost loves so deeply,” says Gabriel. “It's also a cheeky play on the French phrase petit mort... I'll let you look up what that means."

Tallie Gabriel’s work is born out of moments of tender vulnerability. Her music is steeped in warmth and affectionate intimacy—exactly how she likes her heart best. Her poetic lyrics and thoughtful storytelling combined with her lilting voice have drawn comparisons to the likes of Regina Spektor, Ingrid Michaelson, and Sufjan Stevens. She draws inspiration from a variety of indie singer-songwriter and folk predecessors, as well as incorporating the influence of the trad Irish, Bal-musette, and classical motifs that attracted her to the cello and music composition when she was younger. Gabriel is 1/4 of the folk group Cardboard Rocketship. 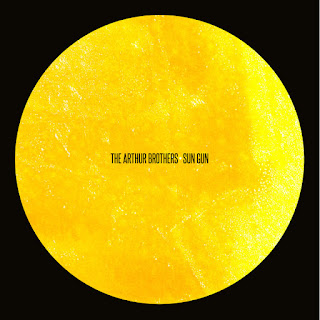 The Arthur Brothers; is a London based artistic alliance centered around brothers Matt and Danny Arthur and the producer/songwriter and multi-instrumentalist J. C. Wright.

With an eclectic batch of singles over the last two years, The Arthur Brothers have demonstrated that there are no boundaries in terms of what to expect from their musical creations. With accolades from radio and press globally, throw in two award winning animated videos, and it’s clear to see that The Arthur Brothers are showing a unique ingenuity and imaginative ambition that doesn’t come around often.

‘Sun Gun’, The Arthur Brothers latest single from their upcoming debut album Nine, is the final phase of a journey that began 9 orbits ago, when the talented brothers Arthur met producer J. C. Wright and they collectively embarked upon a mission, an expedition, an exploration, a compulsion even…. an undertaking that can only be described as...’art for art’s sake’. Recorded in a dilapidated old warehouse in North London - now known as the ClearLight SoundCave - with broken windows, cracked concrete, parquet flooring and a cavernous sounding art-deco stairwell which features heavily in the tonality and ambience of the album. A DIY approach that ultimately flourished into a majestic sonic proclamation.

‘Sun Gun’ is a song about the future. But also a song about the past… from the future’s perspective. A dys/utopian narrative. A rescue mission. An uplifting space romp. A portent of potentiality and a premonition of probability for the ever expanding, avaricious human race. ‘Sun Gun’ is a song of hope, a song of love… a light to lift the darkness.

A 9mins30 sweeping epic journey – ‘Sun Gun’ is a timeless neo-psych, shimmering, summer’s day intergalactic cruise, surfing on waves of vocal harmonies and cascading guitars. From ‘Sun Machine’ to ‘Sun King’, sun salutations to sun salvation. A fitting last song for the creative enterprise that is The Arthur Brothers Nine, ‘Sun Gun’ acts as a statement of intent. A song to launch The Arthur Brothers into space and back again. ‘Destination we've arrived’. 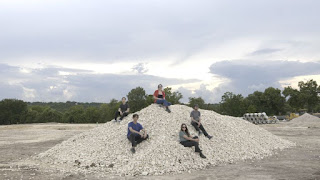 Laura Colwell says: " 'Singing' is our groundhog day song. It's about being stuck in an old argument with your partner, wishing you both saw the world the same way. The video expands on that idea by cycling through various mundane ruts we can get caught in.

We also explore around our Austin neighborhood, where they're tearing stuff down and building stuff up."

Sun June's new album is due early 2021 via Run For Cover and Keeled Scales. 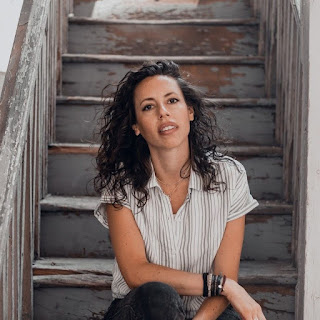 Kristen is a singer-songwriter based out of Salt Lake City, Utah. Inspired by artists of all genres, music became Kristen’s passion at a young age.

In 2018 she made the choice to pursue music full time and by early 2019 released her first single, “Free”. Driven by authentic lyrics and melodies, Kristen’s music is emotional and thought-provoking. She is an advocate in the topic of mental health.

After two and a half years working day in and day out, Kristen is beyond thrilled to be releasing her debut album, “A True Story” October 2nd, 2020. In an interview with KSL Kristen said, “I want to touch hearts and move people the way music moves me”.