Emma Miller just released a soothing and gently flowing singer-songwriter track called 'Sail Away'. ==== Back in March we featured 'Lesser' from Thrillhouse and they are back with 'If It's Important' which is a catchy fast moving and rhythmic song. ==== SOUP! share 'All To Myself' featuring Meredith Adelaide and between them they have created an original and vibrant modern pop track. ==== Miesha & The Spanks new song 'Wanna Feel Good' is a potent garage rocker that fires hooks in all directions.

Following the release of her folk-tinged single “Honey”, Scottish artist Emma Miller returns with her introspective new track “Sail Away” - further demonstrating her inquisitive nature as a songwriter.

Experimenting with soft electronics and shimmering harmonies, “Sail Away” is a beautiful offering from the young artist. The delicate soundscape allows Emma’s powerful lyricism to take centre-stage, her warm vocals lapping gently against rumbling synth patterns and soft percussion.

“I wrote ‘Sail Away’ on a quiet evening at the end of 2018 when I was reflecting on what had been a fairly tumultuous year”, Emma explains. “I wanted to write the song from the perspective of what  a friend might say to me, rather than the critical inner voice we can slip into when we’re  feeling particularly inadequate. I hope when people listen, they’ll be comforted in the  knowledge that they’re doing just fine and no matter where you are in life, it’s ok to take  the road less travelled.”

Releasing music since 2017, Emma has taken a noticeable step back over the past 2 years. Instead, as she quietly watched and supported her peers to  find success in their own musical projects, she chose to diligently focus on her songwriting and began working on a body of music she could be proud of.

Like many artists and songwriters who’ve found themselves jaded by the music industry, it  wasn’t until Emma let go of the idea that music had to pay the bills that she fell head over  heels in love with it. Today, amongst other things, (such as roaming the Scottish hillsides and looking after her dog, Gracie) Emma is pursuing a Diploma in Counselling Psychology, supporting people in the quest to navigate their mental health. 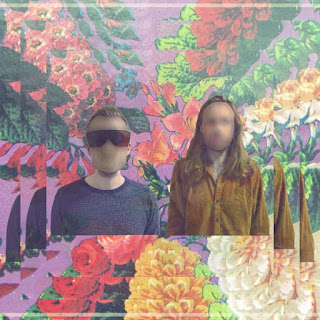 Brighton's alt-indie band Thrillhouse return with their latest single If It's Important, a love letter to those that help you through the shit times and to anyone that pushes you to achieve your dreams however foolish they may seem.

Out today October 9th, If It's Important follows a string of self-produced releases snagging spots on Spotify's 'Hot New Bands', KEXP, XFM's John Kennedy and Amazing Radio. Steadily carving out a space for themselves in the alt-indie scene the Brighton trio are building momentum in anticipation of their debut album Enter Spacebar, due for release mid-2021.

Thrillhouse are purveyors of sincerity cushioned in good humour. The lyrics convey a sense of personal struggle that is joyfully balanced with melodic and layered production, pushed forward by driving beats and ecstatic hooks. Check out their vid for previous single, Lesser. 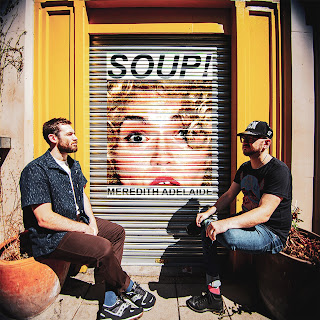 SOUP! - All To Myself (feat. Meredith Adelaide).

London based Italo-British experimental duo SOUP! have teamed up with American singer and multimedia artist Meredith Adelaide for a transcending, metaphysical Pop gem.

SOUP! and Meredith make a game-changing pairing, with SOUP! breaking rules and boundaries within the paradigms of Pop, and Meredith bringing their thoughtful honest lyrics and dreamy vocals.

Meredith and the band met through the Rattle Collective, an international music network based in London and L.A., which allowed many artists to connect and cooperate during lockdown. Meredith recalls: “I’ve been trying to work with Gigi at The Rattle since I joined the Los Angeles crew. He started SOUP! as a way to not overthink creation and asked me if I’d be down to add vocals to a song.

It happened during the pandemic. It was a time of transition when I was asking myself a lot of hard questions about what I actually wanted in and for my world”. The result is the single ‘All To Myself’, born out of a remote collaboration transcending physical borders. The new single maintains the essential ingredients of SOUP!’s debut ‘All The People’ - with their abstractionist approach, dystopian soundscapes and a symbiotic performance between the human and the machine.

SOUP! · All To Myself (feat. Meredith Adelaide) 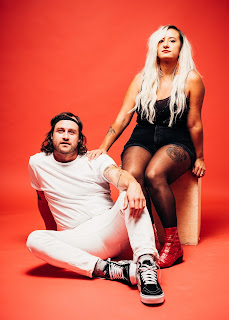 Miesha & The Spanks are a high octane garage rock duo from Calgary AB, made up of rock n roll matriarch Miesha Louie and her partner in crime, the hardest hitting Sean Hamilton on drums. Together they draw inspiration from classics like The Runaways, L7, and The Buzzcocks to create some modern noise that’s catchy enough to raise a fist and sing along.

Noise Journal describes them as “a filthy rocket of pure jet-fuel up the nostril, with surf rock sensibilities, a grunge groove and hair metal swagger,” while Canadian Beats called their last album “reminiscent of Queens of the Stone Age meets The Animals – a certain coolness about it, making it impossible to forget.”

They’ve made a name for themselves as a band who is here to stay. Since Miesha created The Spanks in 2008, she’s opened every door, and taken advantage of each opportunity that’s come her way. Tour after tour down Canadian highway to play every small town and big city, with as many drummers as are up to the task, until landing someone crazy enough to stick around.

Their 2018 release Girls Girls Girls was produced by Danny Farrant of UK Punk Legends The Buzzcocks. The album reached #1 on Earshot!’s National Loud charts, and had singles hit #7 on CBC 3’s R3-30, and #1 on the Indigenous Music Countdown. It was even given attention from Rodney Bingenheimer’s Sirius XM show Rodney On The Rock.
miesha & the spanks · Wanna Feel Good