Ida Mae released 'Raining For You' this week and the Americana duo really do serve up something special, the vocals are creative in themselves and glide over a wonderful acoustic backdrop. ===== Soë Blue appeared on Beehive Candy back in April with her debut single 'Karma' and we are pleased to share today's release 'Totally Confused' which is a funky, soulful and beautiful song. ===== For The Silverbeets we only have to go back three weeks for their last feature and now we have the brand new track 'Girlfriend' which takes their indie art rock into a rhythmic and slightly psychedelic direction. ===== Will Powers (the brainchild of songwriter/multi-instrumentalist/producer Oli Palkovits) today shares 'Woven and Shattered' and it's a fabulously layered rocker with notable vocals and bags of hooks.

Ida Mae - Raining For You.

"This was one of the first tracks we recorded as Lockdown measures began here in Nashville TN," writes Ida Mae. "It's a simple love song written from the perspective of a friend of ours, someone I knew that was losing themselves in the darker memories of a past romantic relationship. Through social media and memory I think many people today can find themselves feeling like a helpless voyeur, watching the self-destructive behaviour of someone brilliant they love but feel powerless to help.”

Describing the story behind the Raining For You EP Ida Mae writes, "Our last show was in San Antonio Texas when we were flown home from our tour schedule and into quarantine. The years before had been the biggest adventures of our lives, two Brits on our own travelling and playing non stop shows across the length and breadth of the USA and Europe. We played a rollercoaster of shows from Entertainment Centre’s in Wisconsin to Stadiums in New York. In all that time we’d been collecting scraps of conversation, words and sounds from our experiences on the road.  We’d been piecing together the bones of our next album in hotel rooms and the backs of taxis every spare moment we had. Collecting fragments of what felt like a strange, ragged, dream-state journey. All the plans we’d made for recording the next album had gone out the window, so we wired the house into our lockdown studio and began to self produce"

There’s a genuine 'Bonnie & Clyde’ perspective to Ida Mae’s songwriting, reflecting the wild expanse of America as viewed through the eyes of two restless lovers. The husband-and-wife duo have toured roughly 120,000 miles of the USA and Canada to date, earning rave reviews and performing at festivals like Bonnaroo and Philly Folk Festival, and alongside artists like Willie Nelson, Greta Van Fleet, Allison Krauss and Marcus King. All the while Ida Mae was at work writing new material inspired by their experiences on the road as well as their favorite American authors (Kerouac, James Baldwin, Ferlinghetti, Raymond Carver). 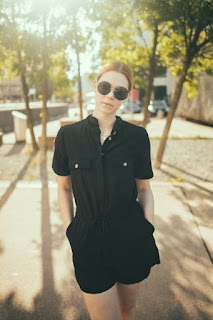 Here comes bright music for dark times: 'Totally Confused', the new single by young Zurich-based Soë Blue, gives a nod to the good old days of northern soul with its joie de vivre. Mixed with a some bits of funk and pop - these tunes are exactly what we need now!

Specially as there's a lot to be worried about in these times. And be it the question how to combine music, work, love, friends and family.

That's what 'Totally Confused' is about: So many things to do, so little time. Or, to say it with the words of Soë Blue: «This can make your head spin. But one day we'll be dancing in the sun again».

Soë Blue brings back sunshine. And when she sings, she brings back memories of Adele, Amy Winehouse, Simply Red, Alicia Keys, Joss Stone and Aretha Franklin as well. Don't you think? 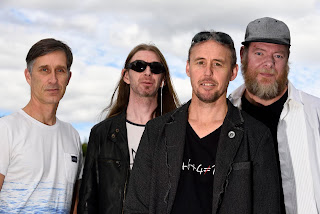 Australian indie art rockers The Silverbeets present their 'Girlfriend' single, the second taste of their new 'Halcyon Days' album, which is the band's third multi-track release. This long-play will be released on November 13.

The Silverbeets hail from Hobart, Tasmania - the small Australian island state at the bottom of the world. This relative isolation has led the band to craft an idiosyncratic sound that borrows from luminary rock acts like Pink Floyd, The Byrds, David Bowie, Radiohead, The Pixies, Queen, Fleet Foxes, Simon & Garfunkel, Nick Cave and Neil Young, among others.

With a rich dark green sound interspersed with multi-coloured stems, their non-formulaic style is distinct. Like their forthcoming 8-track full-length album, this single evoke the spirit of artists such as Can, They Might be Giants and XTC. 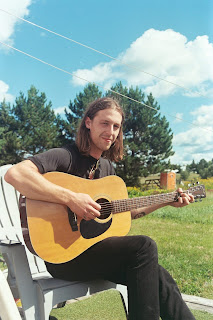 Will Powers - Woven and Shattered.

New single, "Woven and Shattered," is carried by a polyrhythmic riff, with lyrics that reflect the sense of seamlessness/continuity between our inner and outer worlds.

Will Powers is the brainchild of songwriter/multi-instrumentalist/producer Oli Palkovits. Oli won the 2019 NOFMA Outstanding Album award for his 2017 self-release Flowers of Atacama.

Following the release, he moved to Montreal, where much of the material that would become the Will Powers’ debut EPs was written.

He has since moved back to Sudbury and is currently working on several albums with members of Murder Murder and Tommy and the Commies.

Will Powers · Woven And Shattered