Judson Claiborne have just released 'The Trimmergrant' along with a video, the song itself is strangely addictive and highly original, bet you have to give it atleast a second listen. ===== Hermitess returns with a new four song E.P entitled 'Celestial'. We featured 'Followers' from her last E.P back in June and this new collection is most welcome from this very talented artist. ===== Keegan Powell latest song 'Rock N Roll Kind Of Night' has already recieved considerable attention, that's not overly surprising as he delivers a timeless rocker with some melodic psych vibes. 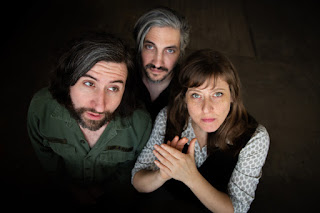 Judson Claiborne, the Chicago-based project and a moniker for ex-Low Skies frontman, Christopher Salveter has this week shared his new single, "The Trimmergrant" via La Société Expéditionnaire (Strand of Oaks, Daniel Knox).

"The Trimmergrant"t' is a track that exposes the strange lawlessness behind the Redwood Curtain with Salvater lamenting the tragic disappearance of marijuana trimmers in the mountains of Humboldt County, CA. It comes ahead of the new EP, When a Man Loves an Omen which is out Nov 13.

Briefly recapping, Chris is previously known for his work as a founding member and frontperson of the Pitchfork-tipped "apocalyptic desert rock" band, Low Skies (signed to Flamethrower Records, also Russian Circles, Mannequin Men) who supported the likes of Explosions in the Sky, Neko Case and Band of Horses in their time. This new EP comes off the back of four previous releases – earlier material included a slew of noteworthy guests: members of Mute Duo, Tal National, Roommate, and Drag City Records signees – as Judson Claiborne which found the band opening for Bill Callahan, John Grant and Lower Dens.

As Judson Claiborne, Christopher dials down the apocalyptic murder ballads and desert dirges of Low Skies to find something more reflective and in-tune with his storytelling nature (earlier tracks reference tree-dwelling bank robbers, a self-immolating anti-war activist, a disappeared marijuana trimmer amongst other characters). 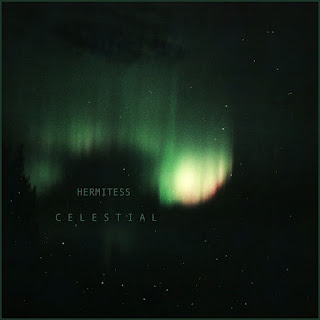 Hermitess is putting out another EP this year, entitled 'Celestial' it's actually out today Thursday. It's ben described as "somewhat spontaneous and a bit of a surprise!"

Celestial is a four song EP by Hermitess. Recorded in the summer of 2020 under a mixture of unforeseen circumstances, an act that was speculative and hopeful in strange times. Mostly self produced and recorded, it plots new possibilities for future creations. Celestial is the second in a series of EP’s that build upon each other both in theme and sound. Cascading harps and and voices combined with programmed beats, and unexpected instrumental touches such as pedal steel and saxophone, suggesting deep folk roots colliding with the modern times.

Hermitess releases are concepts gathered around a chosen theme, each one a small world contained like a vignette in a snowglobe. Celestial is meant as a bit of a counterpoint and companion to the Tower Ep which came out this summer. At its core Celestial is about finding orientation in a time that feels very disorienting. Like the starry void it aims to conjure, this EP speaks to being untethered and not knowing what the future holds, while taking stock of what it means to be human with a shared worldly existence. 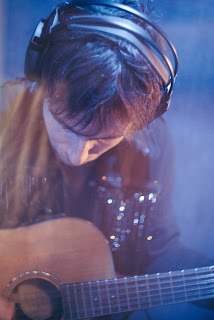 Keegan Powell is a Toronto-based songwriter/guitarist/singer. Powell started his journey writing and recording in Teenage Kicks (Resolute/EMI) as guitarist on their debut album ‘Spoils Of Youth’ recorded with Alain Johannes (Queens Of The Stone Age, Them Crooked Vultures).

While being guitarist and co-songwriter for Dine Alone Records/Captured Tracks band Chastity, Powell has also released several singles and EP’s under his own name.

His first single ‘The Door’, released 2018, was included on Apple Music’s Breaking Rock Playlist. His latest EP “Is+Was” featured singles, ‘Beginning Of Life’, featured on CBC radio 3, and ‘All The Love’, which sound-tracked acclaimed director Kazik Radwanski’s film, ‘Anne At 13,000’. Powell’s debut solo LP is slated for a 2021 release.